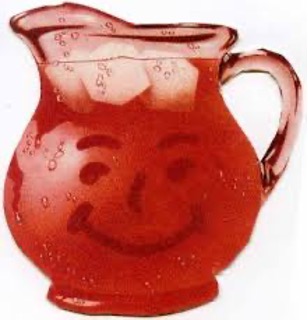 Recently, the Los Angeles school district introduced a Microsoft-developed COVID tracking app, to allow students to collect data relative to their own COVID testing and that of their fellow students.

In addition to the social implication of students judging each other based upon test results, all data will be reported to health authorities, should they wish to take action.

The app will generate a QR code for each student and staff member, so that each can be regularly monitored.

Superintendent Austin Beutner commented that the code is “Sort of like the golden ticket in ‘Willy Wonka.’ Everyone with this pass can easily get into a school building.”

Of course, this makes no sense whatever. Most schools are not even open in California, due to the strength of the Teachers’ Union’s demands, but if and when schools do open, they will do so with a new paradigm: that all those attending the school can be named and shamed, should their COVID passes not be up to scratch.

A mere decade ago, such an autocratic development would have been big news. The very idea of a school district’s interference in the personal lives of students would have stood out dramatically.

But the ’20s decade is no ordinary one. 2020 itself was the year of The Great Upset, in which all that seemed safe and predictable was tossed into the air. Police stood by as rioters created destruction in cities across the US. A national election was turned by both parties into an utter shambles. And an overactive media convinced entire nations of people that a seasonal virus was a pandemic for which every citizen must take an injection, in spite of the admission that the vaccine will not cure the virus nor even stop the transmission of it.

And yet, should people refuse to take the vaccine, they may be deprived of the right to travel, go to work, or even congregate with others. Their punishment may be imprisonment within their own homes, should they refuse to get the unnecessary jab.

The groundwork of confusion and uncertainty is now well in place and the next phase has begun – that of the removal of reality from the consciousness of the populace.

This will be the period in which logic is tossed out on a wholesale basis.

As observed above, dramatic restrictions will be placed on schoolchildren as to whether or not they may attend, even though schools may remain closed.

Non-citizens will be encouraged to cross the border into the US in their thousands, yet actual US citizens in Florida will be limited as to whether they are allowed to travel north, into Georgia, as punishment for having largely beaten the virus with minimal restrictions on personal movement.

Full-blown riots in cities across the nation will be tolerated, but the equivalent of a frat party break-in at the Capitol Building will be treated as a terrorist attack.

Children’s books will be banned due to racist content that clearly does not exist.

Children will be taught to respect over one hundred genders, even though the instructors themselves have difficulty making any sense of them all.

We’ve already reached the point that any school-age child could accurately say, like the White Queen in Alice in Wonderland, “Why, sometimes I’ve believed as many as six impossible things before breakfast.”

What we shall experience in 2021 will be a rolling-out of logic that’s not just skewed but turned on its head.

One Mister Orwell warned of this concept in his excellent books, Animal Farm and 1984.

In the latter book, the Ministry of Truth had three slogans: “War Is Peace,” “Freedom Is Slavery,” and “Ignorance Is Strength.”

Additionally, the Ministry created doublethink – the ability to hold two completely contradictory beliefs at the same time, yet to believe that both are true.

“Truth” was malleable. It was whatever was convenient for the Powers that Be to dictate at any given time.

And we are seeing that begin to play out larger in today’s world.

“Conspiracy theory” has now come to mean any explanation that does not entirely agree with the official narrative.

“The science” has become a catch phrase that, when attached to any narrative, with or without supporting evidence, is intended to give the narrative a seal of approval as fact.

We are in the early stages of the elimination of Truth as a basis of belief. To many, this Orwellian development may seem unprecedented, but in fact, it’s been used many times in the past. Vladimir Lenin, Chairman Mao, Idi Amin and many other despots made use of it. Adolf Hitler, with the help of Joseph Goebbels, made it an art form.

Yet we need not look to political leaders to see evidence of the elimination of Truth. It’s been around in one form or another for as long as mankind has existed.

Although there have been prophets throughout history who have sought to expand the general awareness of truth, most of them have been co-opted over the millennia to create organised religions, which accomplish the exact opposite of Truth. Once religion becomes an institution, it’s the institution itself that becomes sacrosanct. Strict rules are created, with accompanying punishments either in this world or the hereafter.

It may be suggested that the elimination of Truth that we’re being expected to accept at present is of no real consequence, that it’s just a trend that will fizzle out at some point and the world will return to normal.

But when entire governments, along with their henchmen in the media, make the elimination of Truth a major campaign, for its own sake, we should take caution.

As to how far this can go once we give in and play along, we can look to Guyana in 1978, where hundreds of people, by complying blindly with their leader, accepted an ongoing cancellation of logic until they willingly drank the Kool-Aid that would kill them.

These were otherwise normal people, who had made the one mistake of continuing to go along each time they were told yet another “Truth” that was impossible.

As easy as it is to go along with political correctness, the dumbing down of our children and the general acceptance of “science” that’s clearly not science, it’s risky indeed.

And those who promote the elimination of Truth should be looked upon as a very real danger.

We don’t want anyone to be blindsided by the government’s wrongheaded reaction to this crisis. As you know, government bureaucrats never let a crisis go to waste.

That’s precisely why legendary speculator Doug Casey and his team just released this free report about what you can do to prepare. Click here to download it now.