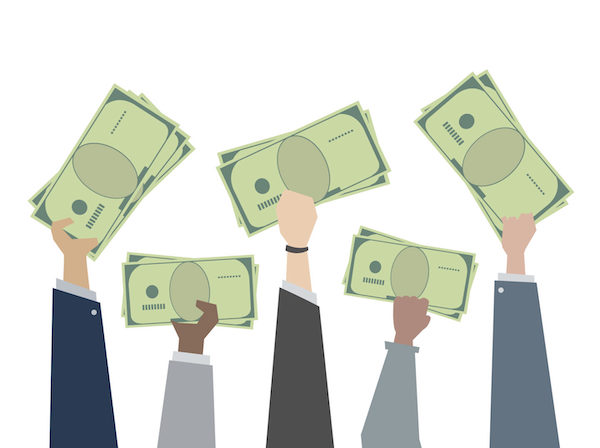 Editor’s Note: Walter Block is an Austrian economist, a libertarian thinker, and professor at Loyola University. He is the author of more than 600 articles in professional journals, two dozen books, and thousands of op-eds (including the New York Times, the Wall Street Journal, and numerous others). He is a long-time friend of Doug Casey and has known Murray Rothbard, Friedrich Hayek, and met Ludwig von Mises.

Today, Walter examines why productivity and employee wages go hand in hand and why financial journalists and politicians tend to get it wrong.

This piece was originally published on AmericanThinker.com.

All too many financial journalists fail to realize that productivity, not employer generosity, determines wages. (Actually, it is discounted marginal revenue productivity, but we don’t have to go into all of that.)

They write things like “average wages rose by 3%, but they increased more for supervisors than shop floor workers.” Or “US workers see fastest wage growth in a decade, but …” and go on to say something along the lines of these boosts being unfairly spread around. Then there is this complaint: “Americans’ paychecks are finally kicking into high gear, with the January jobs report showing the strongest wage growth since 2009. Yet not every type of worker is benefiting.” One journalist bewailed this fact: “For most U.S. workers, real wages have barely budged in decades[.] … And what wage gains there have been have mostly flowed to the highest-paid tier of workers.”

All is not gloom and doom, however. Trump and his supporters claimed that salaries have increased more quickly for Hispanic and black Americans and try to take credit for this happy occurrence.

Never heard in any of this literature is the “P” word, productivity. Sad to say, one searches in vain for any mention of it.

Both sides agree with one another, in effect, that there is a fixed pie, a zero-sum game, and if one group gains or loses compared to others, the fix is in. They depart from each other only as to whether or not any particular occurrence is fair, just, to be welcomed or not.

At least in the private sector, earnings have nothing to do with anyone putting his thumb on any scale, whether for good or ill. Rather, pay concerns solely productivity.

What’s that? Productivity is the amount that an employee adds to the bottom line of his employer. A top lawyer or computer nerd can earn a million dollars or more per year because it is by that amount that he enriches his firm. Middle-class managers, pharmacists, and chefs can pull down $100,000 or so annually because when they are on the job, their bosses gain that amount from them. And the person who asks if you “want fries with that” earns some $25,000 per year due to the same phenomenon: that is his contribution to the revenue of the firm.

Why is this? Let us consider the latter case. This person’s productivity is $25K. If he earns anything more—say, $30K—the firm will suffer losses from his employment. If they keep him on too long, and do so for too many employees, the company will go bankrupt and not enter our calculations anymore.

But suppose the pay for this worker is only $15,000 per year. The employer will earn $10,000 per year from this hire. But this is not a viable, sustainable situation. It will be undermined by two sources. One: Other employers will bid more for such a worker. For example, at $16,000, they can still “exploit” this worker to the tune of $9,000 annually. But then another will offer $17K and earn $8K. Where will this process end? In equilibrium, profits will be zero, and wages will end up at the productivity level of $25,000. Two: This presently underpaid fast food worker will seek a higher paying job with the same result. True, we never reach equilibrium, but we continually approach it, and from both sides, wages that are too high compared to productivity tend to fall, and those too low will likely rise. Companies try to keep wages as low as possible (and workers as high as possible), but both are rebuffed by considerations of productivity.

Let us consider an analogy. Baseball players are concerned about their batting averages. There are white, black, and Hispanic players. Suppose the batting average of one of these rose, and that of another fell. No sports journalist worth his salt would attribute this to anything other than a change in productivity with the baseball bat. To discern fairness or unfairness would be fallacious and obviously so.

And yet this is precisely the error committed by many financial journalists. They bewail a situation where wages are stagnant. But when they are unaltered, it is because productivity did not change. Commentators are jubilant, or downhearted, if the wage of this or that group increased or decreased. They discern justice or injustice behind these facts. No, it is just that productivity has risen or fallen.

We have an idea of what is behind productivity in the batter’s box—eyesight, reflexes, strength, quickness, etc. What promotes productivity in the marketplace? It is due to the quantity and quality of physical capital available to the workforce, and to the amount of human capital (skills, education, God-given talent, etc.) each of us is blessed with.

So if we want wages to rise, let us leave off whining about unfairness and celebrating fairness. It’s the productivity, stupid. Some people’s productivity rises more than that of others, and that’s all she wrote.

That’s precisely why legendary investor Doug Casey and his team just released this report about what you can to prepare. Click here to see it now.