The question “Is taxation theft?” pops up in the comments of a lot of our YouTube videos. There is a very passionate group that will bring it up as often as they can. Sometimes, that phrase comes with a question mark, sometimes with an exclamation point.

So, is taxation theft?

But… so what? We’ve acknowledged that fact before. You can check out an article I wrote back in 2013 that talks all about my answer to that question. We aren’t here to debate that fact or laud the morality/immorality of the system.

Instead, I want to ask you a question: What are you going to do about it?

When I was a 14-year-old without any money reading political pamphlets in my bedroom, it was easy to be libertarian and complain about the system. I wasn’t out doing and creating yet, so all I really could do was sit back and observe what was wrong with the system.

After I started making money – real money – I began spending my time with people who were really proud of themselves for making $100,000 a year and who were really loud about how they felt about taxation and the government stealing that money. That was a really easy time to talk about how taxation is theft and how unfair life is.

But I realized that life didn’t stop being unfair because we talked about it.

I had to do something to change it.

The reality of your situation is that taxation is here to stay whether it’s theft or not. Every country around the world has its own tax code. Global reporting standards are in effect that help governments and banks better understand where your money comes from and where it’s going. The days of hiding everything away in a Swiss bank account are gone.

Tax evasion is a serious crime that no government is going to overlook.

What matters now is how you work with the systems that have been put in place to lower your taxes, create wealth, and become more of a global citizen.

Today, when I see some of the guys I hung out with before who complained about taxation but didn’t really do anything about it, it’s not surprising that they’re still making that $100,000 a year. That is fine and they are still successful individuals, but some of these guys are very smart and could be doing much more for themselves.

This is the easiest time in the history of the world to make money and design a life of freedom, but too many people get caught up in discussions like “Is taxation theft?” instead of applying themselves to creating their desired lifestyle.

You’re responsible for your life. The tools you need to get what you want are out there.

You have a legal way to escape the tax system. So, if you choose to sit in your basement in Omaha and complain on forums and harass people who are creating instead of proactively changing your situation… that’s a choice that you’re making to your own detriment.

Personally, I feel it’s selfish to sit around and complain and here’s why: we need more smart people producing. We need more creators and doers. Not because society needs their tax money, but because it improves the world when entrepreneurs create, do, employ, and solve problems.

And you have more freedom to do that today than at any time in history.

Just two generations back, my grandfather was separated from his parents as a teenager living in Brno, Czechia (what is now the Czech Republic). His parents were taken in the middle of World War II. He found his mother five years later in Auschwitz after the war but he never found his father. His life story was full of loss and hardship and tragedy.

That was his life.

Your life today? You can get a smartphone and make a million dollars a year! And if you want to go live in Thailand and pay no tax, you can do that. You can basically go anywhere you want and make money from anywhere. But instead, you choose to sit around and whine?

That may sound harsh, but it’s the truth. The best way to be successful is to put in the work.

All I know how to do is to do. Yes, I agree on some level that taxation is theft, but I’m not going to sit around and complain about that. I’m going to be proactive and do something to change it.

I’d rather be pragmatic. And I’ll let you in on a little secret: I work with plenty of six- and seven-figure entrepreneurs and they all have one thing in common: they’re pragmatic too.

They’re smart, but they don’t have some kind of unattainable super-genius. They just focus on their business and what they can do to make it grow.

The truth of the matter is that if you have the time and intelligence to figure out the ethics of taxation and create detailed arguments on the subject, you’re smart enough to be making a million dollars a year online.

You’re also smart enough to figure out how to lower your taxes.

If you would rather complain about taxes and harass people on forums, that’s your choice. But, there are legal ways to lower your tax burden and escape the tax net you don’t think is right.  There’s no reason to stay and be unhappy where you are when you have the opportunity to go where you’re treated best. 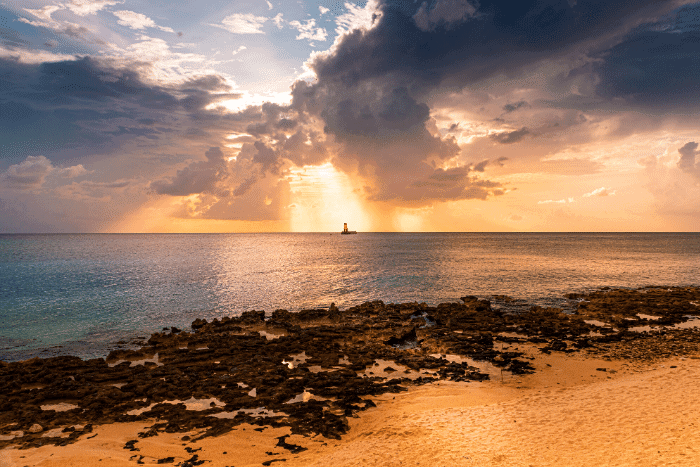 Why sit at home and complain about the high taxes when you can have this stunning view and zero taxes by going offshore?

The big challenge that keeps everyone from taking these opportunities is that most people have a very limited view of the world. They only think domestically.

When most people think about cutting down on their cost of living or tax burden, they think about the changes that they can make at home. Maybe they’ll consider moving from California to Arizona or Nevada where state tax rates are considerably lower and the cost of living is as much as 50% lower (if not more) for things like rent.

That’s a big improvement, but they still have to deal with federal taxation.

They fail to consider how much more they could save by taking their idea a step further. The concept of going and setting up in the Cayman Islands where their tax rate will drop to zero doesn’t even occur to them because it’s a place to vacation, not a piece of a greater holistic strategy to reduce their taxes.

Switching from one local accountant to another or stopping off at your favorite restaurant less may save you some money, but it doesn’t compare to what you can have by going offshore.

At Nomad Capitalist, we help people create a holistic structure for their lifestyle and business that allows them to take advantage of opportunities all around the globe so that they can keep more of their wealth and grow their business.

The world is a very competitive place when it comes to attracting people with money. Different countries may fight for the attention of large corporations like Amazon, Starbucks, and Google, but they also want you. There are all sorts of countries that want to make themselves the best option for you and your business.

But, to get the benefits that these countries are offering, you have to take your life offshore.

BUILDING YOUR LIFE AROUND TAXATION

Moving yourself and your personal life offshore can save you money during tax season. It can also improve your cost of living and quality of life in general.

Many of the six- and seven-figure entrepreneurs we work with have seen they’re tax bill drastically decrease as they’ve stepped out into the world and taken up residence in a country with a different taxation system. They’ve set up a portion of their lives in places like Bulgaria or Montenegro where their tax rate has gone from somewhere around 40% down to 10%.

Those who follow our Trifecta method are able to establish several bases around the world and enjoy the life of a tourist wherever they go without ever becoming a tax resident in any country.

They get to explore new cultures and ideas and find places they love and feel comfortable in. They become global citizens that create instead of sacrifice wealth to live life how they want. They find new financial opportunities that aren’t available back home.

The simple truth is that going offshore will diversify and improve your life.

If you obtain a permanent residency or a second citizenship in another country, you’ll always have somewhere else to go. If there’s an economic downturn at home or a change in law or government regulation, you aren’t stuck. You won’t get caught up in the problem because you’ll have another country ready and waiting for you.

If you invest in foreign real estate, you’ll get higher yields. If you set up an offshore trust or bank account, you’ll be protected from litigation at home..

Every individual situation is very different and requires different solutions, but there is always a way to improve your situation and go where you’re treated best.

THE MORALITY OF TAXATION 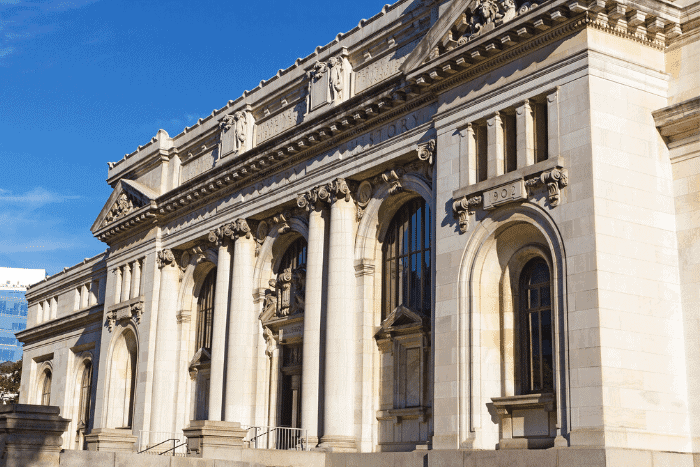 You don’t need the government to take your money for it to fund charitable ends. Scottish-American businessman, Andrew Carnegie, proclaimed the Gospel of Wealth and built over 2500 libraries with his fortune.

When we start talking about how our successful entrepreneurs can reduce their tax burden, there will always be a group of people that argues that it isn’t moral. They worry about what will happen to people supported by the tax-funded safety net if they take their money and go. This isn’t a horrible way to feel, but it’s a little short-sighted.

Paying your taxes isn’t the only way to be charitable.

When you can keep more of your wealth, you have more control over where it goes. Just ask Andrew Carnegie, one of the wealthiest and most charitable businessman of all time.

Many of our clients, including myself, donate to and work with groups that we think have worthy causes. We can send our money to places where we think it will do the most good instead of worrying about what the government will (or will fail to) do with it.

If you diversify your life and lower your tax burden, you can create a situation where you’ll be able to do more good than you might have been able to do at home. Not just for yourself, not just for your business, but for whatever you think is most important.

Going where you’re treated best means being able to do more of what you want, not less.

LIFE AFTER “TAXATION IS THEFT”

The world doesn’t always work the way we think it should.

No matter how you feel about taxes or “the price we pay to live in a civilized society,” you will still have to pay taxes if you remain where you are. Some people focus their lives on fighting that system and doing whatever they can to harass those who support it.

If that’s what you want to dedicate your life to, by all means.

However, there’s a better way. The world is a competitive place with plenty of opportunities out there to help you reduce your tax burden and live the life you want. It can be a complicated process with no easy solutions. It will require you to go and do things that other people haven’t even thought of.

But if going through all the effort is the difference between being happy or unhappy, it’s probably worth your time.