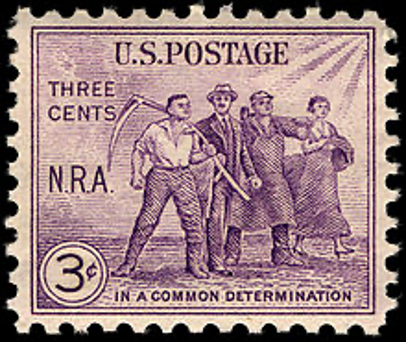 “Whichever party gains the day, tyrants or demagogues are most sure to take the offices.”

The quote above may cause the reader to nod his head, as throughout much of the world today, we are witnessing a distinct lack of choice in “democratic” elections – a “damned if you do; damned if you don’t” choice of equally incapable and even dangerous candidates.

However, the quote is from 1841 and was made by New York Assemblyman Clinton Roosevelt, a distant cousin of Franklin Roosevelt.

The Roosevelt family occupies a recurrent and pernicious place in American political history. Other relatives of President Roosevelt include not only the obvious Theodore Roosevelt, but John Adams, John Quincy Adams and Martin Van Buren.

More interesting is that, early on, the idea of a dominant central government became the focus of the Roosevelt family.

As early as 1791, John Adams became a member of Alexander Hamilton’s Federalist Party, which sought federal diktat in preference to individual states rights.

Later, in 1841, decades prior to the publication of Karl Marx’s Das Kapital, Clinton Roosevelt proposed a scheme for central economic planning and the control of society.

The concept was for a totalitarian government in which individuality is required to give way to collectivism. It was to be run by a small elite group, of which he, not surprisingly, would be a part.

Mister Roosevelt acknowledged that, for this to be fully effective, the US Constitution would, at some point, need to be scrapped.

Years later, in 1922, socialist editor Benito Mussolini created, with the financial assistance of the J.P. Morgan company, a corporatist/collectivist state, very much in the vein of the 1841 scheme by Clinton Roosevelt.

Then, in 1933, newly-elected President Franklin Roosevelt established the National Recovery Administration (NRA), which bore an uncanny resemblance to the 1841 plan.

Two years later, the US Supreme Court voted unanimously that the NRA was unconstitutional.

The Roosevelt argument in favour of the NLRA was that the Great Depression was caused by market instability that could be corrected only by government intervention and control through a central planned economy.

Historians are fond of telling the tale of Messrs. Jefferson and Madison who argued so strenuously for Freedom in the late eighteenth century that the new United States is said to have begun as the freest country that has ever existed.

That view is quite true, but in stating it by itself, we may overlook the fact that a concurrent effort was also very much in play at that time.

In fact, the first presidential cabinet was deeply divided between the Jeffersonian idea of Freedom and the Hamiltonian concept of central planning and control.

Although the US became a shining example of Freedom to the world, it is nonetheless true that, from the start, Liberty’s “evil twin” was both active and evolving.

It should come as little surprise then, that as we observe the US today, the Green New Deal can be seen as a logical next step in the spirit of the NLRA.

Indeed, whilst the details of collectivism may change from time to time, the overall objectives remain the same:

When we look at this shopping list for tyranny, we see that it’s nothing new. It’s true, however, that we tend not to generally regard these items as a cohesive list, but rather as an assortment of vaguely related concepts that seem to annoyingly rear their ugly heads with a fair bit of regularity.

But if we do make the effort to consider them as a shopping list for the would-be elite, they take on an entirely different light.

It becomes clear to us that, from one generation to the next, each of these objectives is moved forward as much as possible, as often as possible.

Over the course of one decade, one or more bullet points advance. In another decade, a different combination of points may advance.

The plan itself does not morph with time, but it does become more sophisticated. The principle objectives remain the same, but the details adjust with the times we are in.

Clearly, in the present day, we are witnessing an advance on all fronts. Europe and North America are dominated by an unelected elite who operate outside of the limelight and bypass the nuisance of political election. (Those who hold elective office often regard themselves as being elite, but over time, are seen to be disposable by the elite.)

Although collectivism in all its guises – socialism, communism, fascism, etc. – has proven to be an utter failure wherever it has been implemented, it is once more gaining favour amongst those who have never lived under it and may now have gained the majority in both North America and Europe.

The elimination of cash is intended to ensure that only central governments can create and control currencies. (The jury is still out on whether they have an ace up their sleeve that will allow them to either eliminate or co-opt Bitcoin.)

And most importantly, Liberty is under continual attack. Fear-based propaganda, particularly that portion generated by the COVID-19 scare, is converting a majority of citizens into sheep who now reflexively comply with every new control on their freedom, for the “greater good.”

This does not answer the question, “Is collectivism inevitable?” but it most surely confirms that the likelihood of conversion to a fully collectivist state has never been greater.

That’s precisely why legendary investor Doug Casey just released this report about what you can to prepare. Click here to see it now.