How to Use “Paper Residency” to Get a Second Passport

Some time ago, I coined the term “paper citizenship” to refer to a second passport that you can get relatively easily without having to spend much (if any) time actually living in the country where you’re trying to obtain citizenship.

Your citizenship is all a matter of paperwork, not time on the ground.

Countries that offer paper citizenship have friendly immigration laws largely because they are not the typical country you would think of moving to and they want to attract more people.They don’t see much in the way of immigration, so they aim to make the process easier for those who do apply.

Getting a paper citizenship means that you have more time to live somewhere else and generally go where you’re treated best. It also gives you more time to pursue other passport opportunities so that you can build out your passport portfolio.

In this article, we’ll cover why you should consider a paper residency as a potential path to get citizenship as well as how you should go about the process.

The process of using a paper residency to get citizenship is fairly straightforward.

Generally, you must first get a temporary or permanent residence permit in the country. Then, you take that piece of paper, put it in your pocket, and leave the country.

Depending on where you get the second residence, you might have to come back for a day every six months. Maybe you only need to pop-in once a year.

Some places require more frequent visits, some less. You should expect to go back at least once a year.

But beyond those trips, you’re just waiting. In some countries, you’ll have to wait for three years before you can apply to become a naturalized citizen. Others could require upwards of five or more years.

But when the wait is over, you go back and collect your citizenship.

Again, you aren’t going to find programs like these in France or the United States. The kind of countries where a paper residency is possible are those that haven’t had to create strict immigration laws.

Paper citizenships are the most beneficial for people who want to expand their opportunities, but don’t necessarily want to pick up their entire life and move to another country for a few years or more. You can’t get citizenship somewhere like New Zealand with a paper residency.

Paper Residency and Your Offshore Plan

The big thing we talk about here at Nomad Capitalist when we’re helping people build out their offshore plans is that they need to separate each part of their life.

In 1995, before all of what we do here was really possible, my parents discussed picking up everything – finances, life, business – and moving it all to New Zealand. We ultimately didn’t, but the idea was to take everything and move it from Point A to B.

What a paper citizenship does is acknowledge that maybe you want a second passport but you don’t want to have to move everything from Point A to Point B. You don’t want to leave your home country and start again somewhere else.

You just want that second citizenship.

You’re willing to go put some time in and do what it takes to get that residence permit, but you don’t want to make many more changes than that.

How you can go about doing this will look different in each country:

In others, you might need to open a small business and hire someone local.

Maybe you start a small Airbnb or some short-term rental business that creates a small arbitrage opportunity and funds your residence.

Other countries will require a bank deposit or a real estate investment.

There are all kinds of different ways to get a residence permit in these smaller countries where a paper citizenship is possible.

In developed countries like the US, on the other hand, you’re going to need to live in the country for substantially more time during your naturalization period. In Canada or the UK, it could be eight or nine months of the year, but the lowest you’re going to see is six months.

Getting citizenship with one of these developed countries is going to be much more taxing on your lifestyle.

That doesn’t mean they’re terrible options and a paper residency is the only way. Getting a citizenship in one of these developed countries is a good first, intermediate step towards becoming a global citizen.

When I first took my life offshore, I asked myself if I should move from the US to Ireland for a while. I liked Ireland. I could have kept paying high taxes, gotten my Irish citizenship, and been set.

In the end, however, I found better options. Pursuing options like that is going to force you to change your life more. 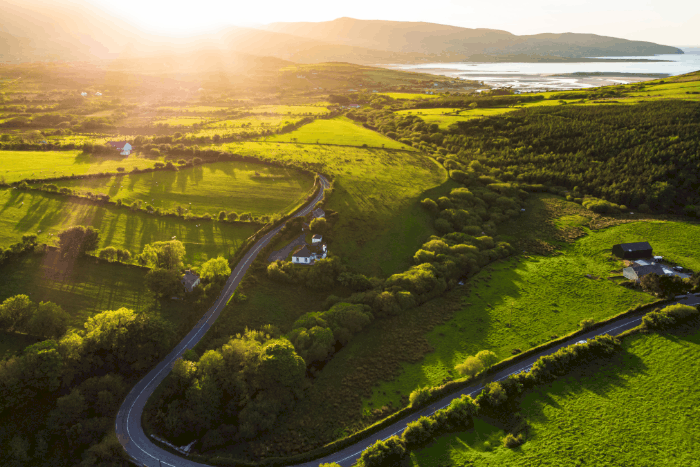 At the beginning of my Nomad Capitalist journey, I considered living in Ireland to get an Irish passport.

Let’s say you’re a Nomad Capitalist and you have $50,000 available to invest to qualify for a second residence. You get a residence permit in a country where the law says becoming naturalized takes three years, but they don’t need to see you much in the meantime.

In some of these cases, it won’t be expressly written into the law just how much time you need to spend there. In these places, especially in countries with civil law systems that require judges to make the decision on naturalization, your case is going to be examined according to the spirit of the law.

This can work for or against you. But if you know what you’re doing, you have some flexibility.

If there is a defined requirement in the law, you might be able to negotiate it in some cases, but you need to know that the goal posts are always moving.

A number of years ago, Paraguay was a country where some people successfully obtained paper citizenship. Eventually, the government came in and made the laws tighter so that fewer people could use the system.

From day one, I’ve talked about how countries are almost always going to be looking to make immigration laws tighter. They may occasionally open up new options to get in, but very few countries are shortening the timeline for naturalization.

One of the things that we do at Nomad Capitalist is look for countries where you can get in and get your residence permit, contribute to the economy, get to know the country a bit, and get citizenship without much more effort.

In some cases, you’ll need to pass a language or history test. You can often get a translator to help you with the tests, even some of the language tests. But getting to know the country is important beyond preparing for these tests. It’s a good way to expand your experience and become more of a global citizen.

They got their donation and you got your passport.

The regular paper citizenship process is going to have different requirements. Again, you might need to learn another language or take a history test, but getting a second passport for the price of a residency and some patience is not so bad. 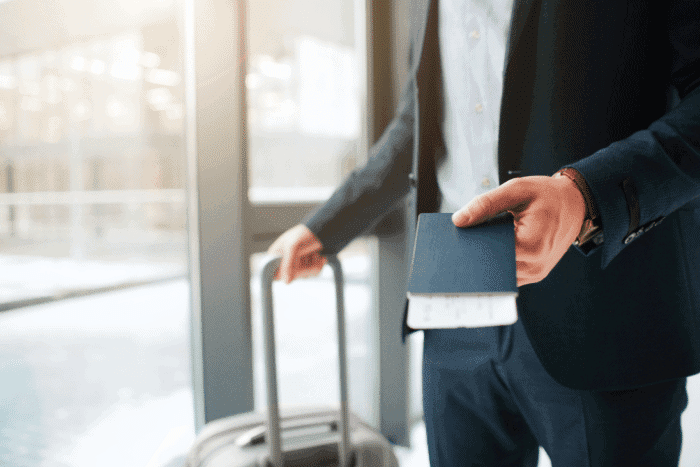 Paper citizenship can be a useful tool for building your passport portfolio.

The good thing about getting a passport through paper residency is that you aren’t going to have to deal with some of the scrutiny that passports from citizenship by investment programs get.

For instance, someone might know that all you had to do to get that St. Lucian passport was make a donation, but won’t give another passport a second thought.

That being said, a paper citizenship is not going to be how you get an American or Japanese passport. Those countries don’t need to work through programs like that. They have very developed laws that keep people from doing that.

A paper citizenship is going to get you a Tier B passport, or even Tier C. It may not come with all the same advantages, but if you planned properly, it will help solve many of your problems.

If you would like to learn more about these countries and ways that you can obtain a paper residency, we would love to talk to you and help you figure out a plan.

And when the unsavory folks create problems within a country’s immigration system, the tighter the laws surrounding immigration become.

Paper citizenship is the kind of opportunity you have to take as soon as you see it. Otherwise, it may be gone by the time you get around to taking action.

The goalposts are always moving.

But if you are interested in using paper citizenship in your offshore plan, it’s a great way to get a passport if you don’t want to make drastic changes to your lifestyle and if a citizenship by investment donation in a Caribbean nation doesn’t appeal to you.