How to Travel with Two Passports 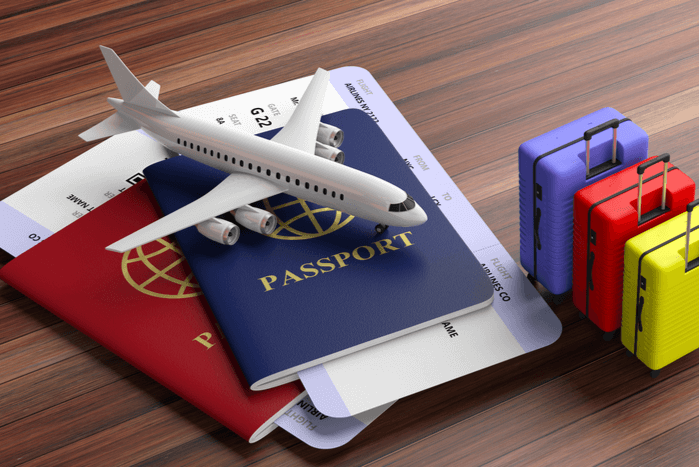 We’ve compiled all the advice you’ll need to deal with the most common challenges of traveling with two passports.

Dual citizenship can be a very exotic idea to many people. It’s exotic and mystical enough that when these people first find Nomad Capitalist while looking for second passport options, they have a hard time figuring out the logistics of something that seems so obscure.

How do I travel with my second passport?” they ask.

“How do I manage having two, three, or even four passports?” they wonder.

“What kind of problems is this going to cause and how do I avoid them?”

These questions can sometimes feel overwhelming. But, with a little bit of knowledge, most people find that they have pretty straightforward answers.

Here at Nomad Capitalist, we have the knowledge and answers that you’re looking for. In this article, we’ll cover which passports will help simplify your travel and what problems you should look out for while traveling.

Now, if you’ve kept up with Nomad Capitalist and have read at least a few of our articles or watched some of our videos on the subject, you know that my approach to citizenship is a little different to what other people think.

The traditional dual citizen that people see on YouTube or Instagram is a Canadian or a US citizen that has branched out into something else. Perhaps they had a grandparent from Ireland or another ancestor from Italy or Poland and picked up their second citizenship through descent.

This person now has two passports that allow them to travel visa-free around the EU and North America. At this point, they’re basically traveling back and forth between the two regions, living in one and visiting the other. This is a relatively straightforward way of handling having two passports.

What I’m concerned with and what we look into here at Nomad Capitalist is how you can get and use passports to support your financial strategy and nomadic lifestyle – passports that you can obtain from a country that you can use as a base in your international strategy to go where you’re treated best.

This means looking at all the available options that will best suit your needs rather than simply picking a place that sounds nice and trying to make it work.

As far as traveling is concerned, this involves knowing what kind of opportunities for visa-free travel are available through each citizenship. To this end, we created the Nomad Passport Index to help our readers. Not only does the index account for visa-free travel but it also considers factors such as taxes, perception and more to better inform you of a passport’s true value based on your personal situation and needs. 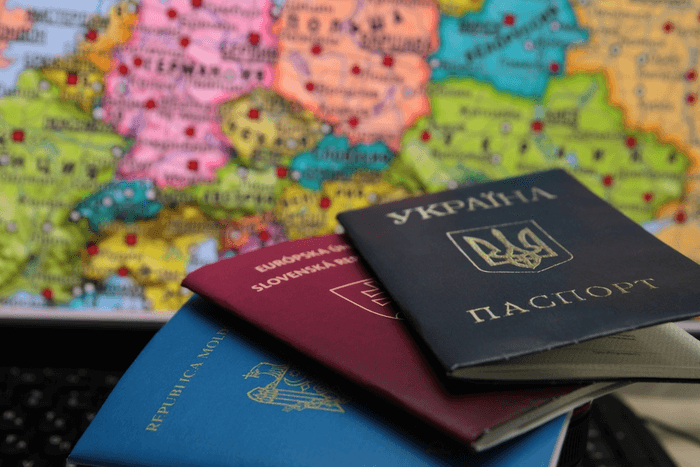 Having a portfolio of Tier B passports can increase your travel privileges while decreasing your tax burden.

We have also created a tiered system to break down the quality of travel available with each passport. For this article, we’ll focus on these three tiers:

The traditional example of a dual citizen is someone with two Tier A passports that has a relatively simple way of getting back and forth between destinations.

The catch is that those two Tier A passports come with tax burdens and other potential downsides that may not make the benefits of having two passports worth it. These people will potentially have or want a series of Tier B passports that allow them a wide variety of opportunities, but with less of the drawbacks they want to avoid.

Having renounced my US citizenship, I now use a portfolio of Tier B passports that give me almost the same amount of visa-free travel as my old US passport. It’s a solution that allows me to go and be where I’m treated best.

Whether you have two Tier A passports, a combination of Tier A and something else, or a portfolio of Tier B passports, you will certainly run into a few common complications when traveling with two passports.

The following are the issues my team, my clients and I commonly face while traveling from country to country:

Juggling Passports with Airlines and Immigration The first thing to consider is what you’re telling the airline (or whatever other method of travel you’re using) when you’re traveling between countries.

Some people worry that the airline company is going to hover over them, making sure that whatever passport they entered in the airline’s database is the passport they’re going to use. In reality, this isn’t the case.

The airline’s job is to make sure that you aren’t going to be denied entry to the next country.

They aren’t worried about what passport you use to get through immigration. They just want to make sure that they don’t have to get you back after you’ve been denied entry.

Customs, on the other hand, is the exact opposite. If you live in the United States, you’re supposed to enter and exit with your US passport. They don’t want you to come in as a German or Norwegian citizen if you have a US passport. While there aren’t any exit controls, they want you to leave as a US citizen as well.

They want this because, for all intents and purposes, they consider you their citizen on their soil and no one else’s. And the same thing happens if you travel to the EU. They still view you as their citizen, no matter what other travel documents you may have.

All in all, this is not as huge of an issue as it may seem at first. Each group will expect the appropriate passport and, as long as you present the documents that airlines and customs are each expecting, you shouldn’t be held up.

Nothing too complicated. Especially if you’ve done your research beforehand. 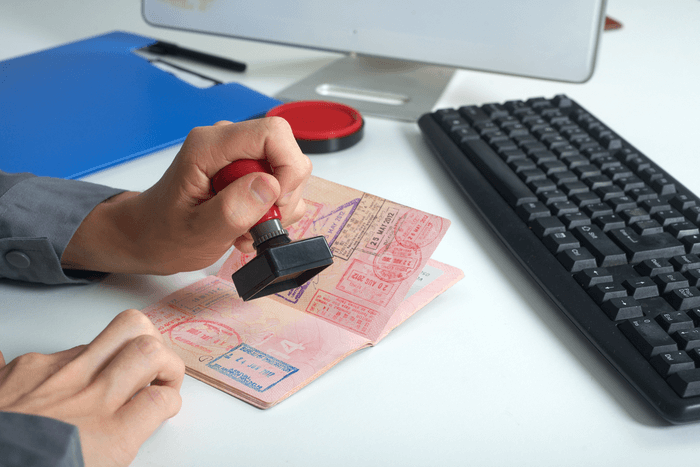 If you have a second residence in another country, be sure to enter the country on the passport you used to obtain that residency.

Another thing to pay attention to as you travel is if you’re going through a country where you have a residency permit. What passport you use while traveling through these countries can be potentially helpful or hurtful.

For example, if I’m going to Malaysia, I’m going to advise the airline of the passport I have that has my ten year Malaysian sticker visa in it – just to make things easy and straightforward.

At the end of the day, it might not make a huge difference to the airline which of my passports I use as long as I can get in visa-free. The problem that could come up, however, is that entering Malaysia on another passport may invalidate my sticker visa.

Mexico is another country where this could be a problem. If I have a Mexican residence permit associated with one of my passports, but enter on another, it will immediately nullify my residence permit.

The solution here is to understand the terms of entry to these countries. Mexico and Malaysia don’t really care which passport you use to enter. You’ll only have problems if there’s some other kind of immigration status to be concerned with.

As long as you keep straight which passport will admit you when you get there and understand the rules of the country you’re going to, this won’t be a problem. 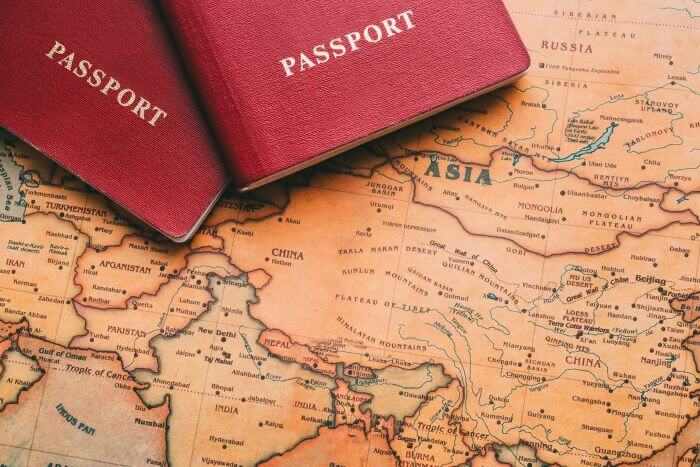 The majority of citizens from India cannot have more than one passport.

Privacy is something you’ll also want to keep in mind when it comes to restrictions on dual citizenship status, more so for travelers who aren’t citizens of western countries.

What’s often advised if you have a second passport and want to retain your Indian passport is to always travel through a third country. In this situation, you would fly from India to somewhere Indians have visa-free travel and then switch in that country to your second passport. By doing this, there will be no record of your second passport in the Indian immigration system.

That being said, if you find yourself in a situation like this, you’ll want to take the time to get all the information you can from the people who helped you get the passport as well as lawyers in your own country.

I personally don’t want to advise on something where you are potentially going to get in trouble at home by not reporting other citizenships.

Again, this isn’t normally an issue for westerners, but it can be for a few countries, including China.

What you should be aware of is that whatever passport you use with the airline database or to get through customs and immigration may go into a system that allows other groups to see what passports you used as you traveled.

Any airline that flies into the United States, for example, is required to share their passenger data. You have to be careful how you enter and exit a country and how you’re representing yourself to the airline if you have a passport that you’re worried about.

There are certainly privacy concerns here, but the reality of the situation is that a lot of data is being shared across borders. Increasingly, countries will be asking you what passports you have.

Whether it’s ESTA or the new ETIS system in the European Union, there is going to be much less privacy around citizenships in the coming years. If you’re traveling with multiple passports, the big issue will be respecting any potential problems or issues that can come up that could endanger your dual citizenship. 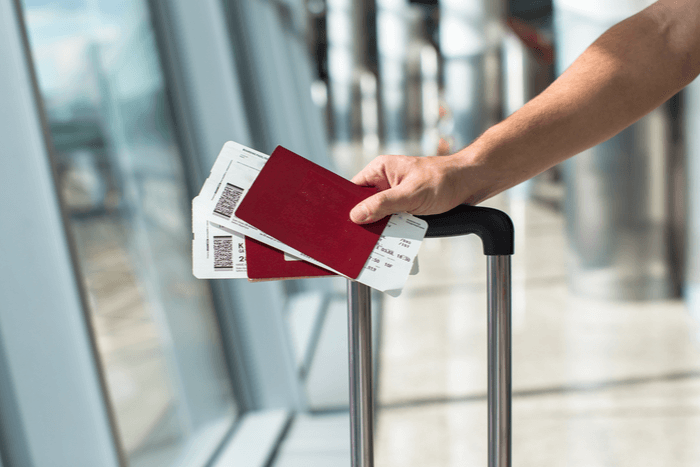 As complicated as it may sound, traveling with two passports is actually quite straightforward and simple.

Many people view dual citizenship and traveling with two passports as something exotic, but what they don’t realize is that it’s really just a practical issue with a practical solution. That solution breaks down into two simple ideas:

Depending on the reason that you have that second passport, this will look very different in each situation.

If you have a US passport along with a Tier B passport that you picked up through economic citizenship as a Plan B, you’ll probably still use the US passport in most emerging countries if both provide you the same visa-free access.

If you have two passports (or a portfolio of passports) from nations that are very geo-politically different, like Montenegro and Serbia, appropriately using those passports will allow you to gain visa-free access to parts of the world you wouldn’t have on one.

Sometimes these benefits are much smaller. For example, you can get into Armenia with either a US or St. Lucia passport, but the US passport will get you through faster with fewer questions.

In other countries, being a US citizen may not be as favorable as being able to claim you’re from somewhere else.

All in all, if you’re able to create a true, cohesive story about who you are, where you’re from, where you’re going, and why you should be welcomed there, life is going to be much easier. In my experience, the less put together your story is, the slower and more complicated your travel will be.