What’s stopping you from moving your money overseas?

The main reason people don’t take advantage of overseas banking, or really any opportunity, is fear. Fear can be a powerful motivator, but it can also be a dam. Your fear of the unknown can hold you back from amazing opportunities.

While some of these anxieties do come true on occasion, it’s definitely not the norm. If your overseas bank account gets frozen, there is going to be a reason behind it. But generally, you can avoid ever having your account frozen in the first place by choosing the right bank and avoiding the less reputable. There are many banks that my team and I trust and that we believe you can trust too.

In this article, I’m going to share some of the most common reasons why you might encounter a frozen bank account offshore and what you can do to avoid it.

WHY DO ACCOUNTS GET FROZEN?

It’s not very often that I hear about someone whose money has gotten stuck somewhere overseas – and I know a lot of people who are making investments overseas. I personally have banked, purchased property, or invested in some way in close to 20 countries.

The most common thing that leads to a frozen bank account is that people put their money in a bank in a country that is on a financial watch list.

A couple of years ago, I was talking with some folks in Belize. We had heard that the US government came down on a bank for not fully complying with FATCA and disclosing information. The banks ended up having to freeze some of the money and people couldn’t get access to it for a while.

I’ve seen this happen in a lot of places–not just in Belize. It happens sometimes when you don’t follow the rules of the bank. If the bank thinks you’re up to no good, they’ll freeze your account. Eventually, you’ll get your money back, but only after they’ve conducted an investigation.

For people who are used to banking with ANZ or Chase Bank in their local community, they find it odd. They’ve never experienced any issues with their bank funds.

And it should be odd. If you plan properly and follow protocol, you can typically avoid this.

But if you go to one of these old-school tax havens that are known for having had shady dealings or use one that is simply on bad terms with the US government, then chances are your funds may be frozen. And if they are, they probably will remain that way for a while.

In the banking world, reputation is paramount.

These people could have avoided that by staying out of these old-school offshore tax-havens to begin with.

I’ve been talking for years about places like Belize, Seychelles, and the Marshall Islands because these are places that people go to because there are absolutely no requirements. But what do you think happens as a result of that?

I’m not trying to impugn any of the banks in Belize. I know some guys down there, they’re nice guys, but unfortunately, the country has a bit of a reputation and they get messed with. They’ve had these situations where they did eventually get their money but it was harder and there were some roadblocks along the way.

If you want to know how to get started banking offshore, check out our 8 tips for opening an offshore bank account.

There are countries around the world where there are capital controls that will make it hard to get your money out of the country.

Recently, my team and I have been looking at the “-stan” countries (Uzbekistan, Pakistan, etc.) as promising frontier markets. Central Asia is going to be a market to watch in the next decade as we see what reforms they’re making.

But when it comes to banking reform, these countries are not quite ready for foreign investors.

Uzbekistan has started to slowly make some reforms in the banking space, which I think is going to lead the country to become a tourism hot spot. As of right now, Uzbekistan is the last undiscovered destination.

At the same time, some of those Central Asian markets have issues with capital controls. This makes it hard to get your money out, especially when you want it in a major international currency like euros or dollars. Instead, when you try to make a withdrawal, you’re going to be stuck with the Uzbekistan som or some other obscure currency.

In some markets in Latin America, getting your money out could end up being a serious issue. You may get more scrutiny from the bank if you’re writing a lot of checks or making a lot of larger transactions.

This can make the process of getting your money slower and cause more work on your end. For example, let’s say you sell a house. In a country like Columbia or Mexico, you would have to submit more paperwork to get your money out. 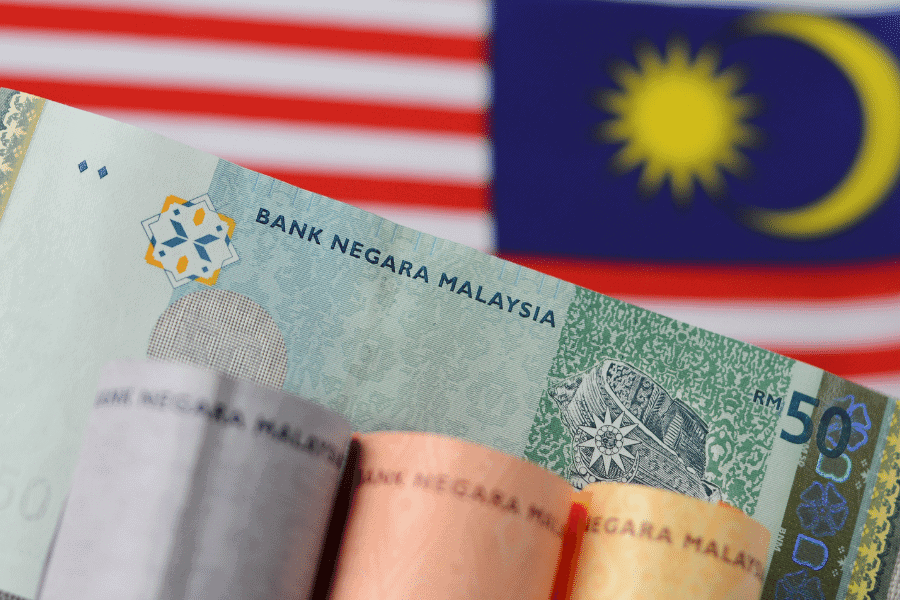 Generally speaking, I haven’t seen that many issues with frozen bank accounts overseas. What I have seen is people jumping into a situation without fully taking into account all the rules involved.

I recently opened up a bank account in Malaysia. At this bank, you can open up the account in US dollars or Australian dollars but, by their policy, deposited funds are converted into the Malaysian ringgit. So, while you can wire USD in, they can’t wire it back out.

This isn’t the same situation as what was discussed above. The Malaysian bank stated its rules upfront. This allows you to decide if you want to work with those stipulations or not. If you want to park your money there for a while you can. If you want to convert some of your money into ringgits for daily expenses or to buy a property, etc, you can. But this is their rule.

Overall, this is an issue where an ounce of prevention is worth a pound of cure.

Sometimes, people just jump into something that they see advertised and they don’t think it all the way through. They get an email about a property in some country and just go for it.

If you don’t pay attention, if you don’t ask questions upfront and address these unknown unknowns, you’re going to run into issues. You need to consider how you will get your money out of whatever investment you undertake. It’s better to prepare now than to scramble when something goes wrong.

In real estate, they say you make money when you buy. But you also want to make sure that when you buy, you also know how you are going to sell. How are you going to exit?

For me, in some cases, I’m not always particularly concerned about getting my money out of the country. I’m willing to make a long-term bet in the country for a specific reason. Perhaps I live there or I am planning on buying another property in the future after selling one, or I’m just planning on investing there for a long time.

But if your exit strategy includes being able to get your money out, you need to know what currency it’s going to be in. What are the terms and conditions?

Obviously, you can’t just go and invest in any country in the world and have no issues. That’s why it’s so important that you find the right banks in the right countries.

You want to look for larger, more established banks. If you can go to the bank to open your account in person, that can help you out in the long run. This gives you an opportunity to see the place you are trusting first-hand.

Banks with low compliance standards may seem like a great option, but a lack of compliance is going to come back to bite you. Larger banks are large for a reason. They have customers because those customers trust them.

This is part of the reason why we talk about the same ten countries over and over again. There aren’t that many countries that check off all of the boxes that investors should be looking for.

You want to look at which markets don’t have those issues. Look for markets that have a flow of capital and allow you to do your business in foreign currencies. I’ve never had someone have a problem if they’ve done this.

HOW CAN A SECOND PASSPORT HELP?

Diversification and having a Plan B is a necessary insurance policy. My team and I have talked about the importance of getting a second passport in numerous articles and videos on our YouTube channel.

But how can having a second passport help if your bank account is frozen?

I had a friend who ended up under investigation due to rumors that were being spread about her by people who didn’t like her or her business. This investigation meant her bank accounts and even her passport from that country were frozen.

And while her accounts in that country were frozen during the investigation, she still had access to bank accounts in other countries. This is really a great illustration of why diversifying your assets is so important. When you separate your assets rather than putting all your eggs in one basket, you are going to be prepared for when things potentially get rough.

Your second citizenship, second passport, and emergency funds provide you with an escape plan. Hopefully, you won’t ever have to use this escape hatch, but it’s better to be prepared in advance for any kind of terrible situation.

ALWAYS HAVE A STRATEGY

If you invest in the countries that we talk about – that my team has researched and that I have personally traveled to and invested in – you’re generally not going to have an issue.

Wherever you go, have a strategy when you’re going in.

If you have the proper planning, a frozen bank account isn’t the kind of thing that should worry you too much. For more information on how to create a backup plan and diversify your assets, contact our team of experts here.