An Australian friend of mine called me recently to ask about opening up an offshore bank account.

He was in Singapore and knew that I had experience banking there, so he was asking for advice on where to go and what to do.

So, I told him and he started the process.

He called me later to tell me they wouldn’t open his account.

My friend had run into a few challenges that are common problems for nomads trying to open offshore accounts. Issues that, with the right preparation, can easily be avoided.

Throwing in the word “offshore” can make people imagine some great level of mysticism, as if there’s some incredibly complex structure out there for going offshore.

You get the same effect when you throw the word “wedding” in front of photography.

Suddenly, people are willing to pay triple the price.

But the reality around offshore banking is that it really isn’t that much different from banking onshore.

There are many different types of offshore banks and several different ways to go about opening them, but both onshore and offshore accounts can be opened by walking into a bank, downloading an app, or even doing the process through remote correspondence.

In this article, we’ll talk over what my Australian friend did wrong, as well as the specifics you need to know to open an offshore bank account in almost any situation.

Let’s talk about physically going into a bank and opening an account.In many countries you can simply walk in.

I did this in Georgia. I didn’t need an appointment or an introduction. I walked in with my passport and address and they opened up the account for me.

Now, obviously some physical banks require you to have an appointment and if you’re going to be opening a private or priority account, you may well want an appointment whether they require it or not.

If you’re opening an account in a traditional offshore center like the Cayman Islands, they may not take walk-ins as a rule.

I highly recommend calling ahead of walking in to learn the bank’s expectations and requirements for opening an account.

Find out if they accept foreigners without a residence or work permit. And if they do, find out what kind of deposit you’ll need to make.

Strict Know-Your-Customer rules are causing banks in countries all around the world to crack down on the practice of opening accounts for people just visiting the country.

They don’t want to take on people they see as a risk.

For $200,000 it’s worth the time to go through all the trouble of checking into who you are and what you’ve been up to.

For $1,000 it just isn’t worth it for these banks to make sure you aren’t a risky client.

Call the bank. Figure out what’s required, what documents they want, if they accept people in your situation, and if they want you to make an appointment.

Our team has a list of 425 banks that we constantly update. That list includes information on which banks are accepting which people and what the required deposit is.

We have to do this because policies change often. Some banks will decide not to accept US or UK citizens. Some will refuse expats in general.

If you work with the bank ahead of time, you’ll run into fewer problems.

How to Walk into an Offshore Bank Your preparation and how you’re dressed when you walk into the bank can affect your chances of successfully opening an account.

Once you’ve identified the country and bank that will take you, start considering how you’re going to answer their questions.

The bank will want to know where you pay tax, if you’re a US taxpayer, what you want the account for, what you plan to do with the account, and what initial deposit you’re going to make.

If you walk into a bank in Singapore and tell them you want to open an account because you heard they don’t have any taxes on their bank accounts, they won’t open an account for you.

If you show up in a ratty looking t-shirt like my friend did, many banks aren’t going to take you. Particularly in Asia.

You’ll want to know exactly why you’re going to open the account and have all of the particulars of your situation prepared beforehand.

Then, once you have yourself situated, make sure that you enter the right branch of the bank.

If you end up in some suburban branch working with someone accustomed to people bringing in checks from their construction business to deposit, there’s a chance they just won’t know what to do with you and will send you away.

I strongly recommend going to the main branch of the bank because the people who work there generally have more experience and better knowledge of bank policies.

Even then, if you do end up getting a new employee who tells you that  they don’t take people in your situation, you may just need to come back at another time and deal with someone else.

How you approach the bank is going to make or break it for you. Having your address, passport, and all the details of your situation will go a long way in helping you open an offshore account.

Remotely opening accounts is not something I suggest because of the Know-Your-Customer rules many banks are following.

It’s just more difficult and time consuming than physically going to a bank.

However, many people have done their own research on the offshore industry and are more interested in the remote process.

Remotely opening an account with banks in places like Belize, the Cayman Islands, Cook Islands, or Vanuatu, will involve filling out forms, preparing a notarized copy of your passport, and then sending all that documentation to the bank.

The bank then does everything you would have done in a branch, but it all happens while you’re sitting at home on your sofa.

The challenge I have with this process is that, in many cases, it’s going to take them longer to open your account and you’re going to have to put up with higher fees.

But, it’s certainly an option if you want to save yourself the trip.

The other remote option is FinTech solutions.

Whether it’s Neat, Revolut, Lupe, or Bunq, I think these app-based banks are very interesting, however, there are a few challenges that come with working through them.

Many are only open to EU citizens or residents, which excludes a very large potential audience (never mind that being an EU resident may not be the best path for someone trying to be tax-optimized.)

These apps also have some stability concerns.

I’m not sure if I believe everything people are saying on this subject, but some of these accounts have closed people down.

When this happens it can create a complicated and messy situation.

I once had an online bank account with Ally Bank in the US.

I’d been logging in from overseas quite a bit (because I was living overseas) and eventually they sent me an email telling me that they were closing my account and sending me a check for the balance.

They couldn’t verify my most recent address, so they sent my quarter million dollar check to some house that I’d sold two years earlier.

I was frantically calling my real estate agent and the people who bought the house from me to track down this check and put a stop payment on it, but no one I talked to was very helpful.

They had a hard time understanding why I was trying to find a check while I was a world away in Romania. It was a really stressful thing to go through.

That wasn’t an online or FinTech account, but I think that both are just not as robust as physically setting up your offshore account.

I understand that a lot of people like them. They’re easy to use. You can send money. Fees are lower. But for me, opening an offshore bank account isn’t about saving a few bucks on fees.

I have an ATM card that lets me withdraw anywhere fee-free and I pay spot rate on withdrawals, but that wasn’t my main purpose in setting up my banking situation.

If you’re looking for a basic kind of offshore bank account where you can park some money, these new app-based banks could work.

In most cases you just download the app and scan in a copy of your passport.

One of the banks we tested had us do a live chat where you showed your passport along with your face. It was a difficult experience that ended with me getting shouted at.

Personally, I prefer traditional banks where you just go in and open an account. 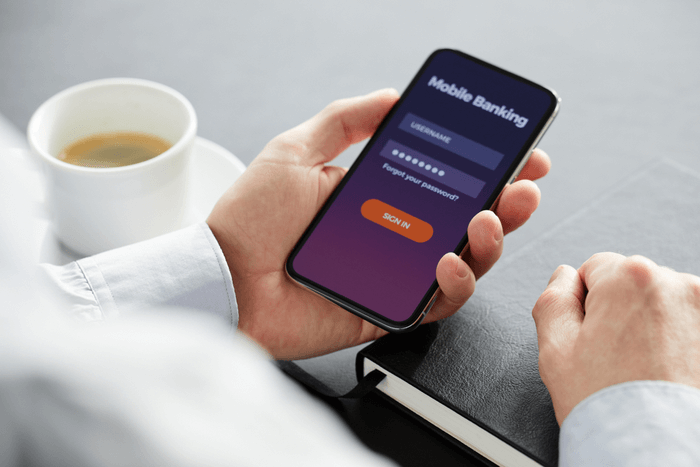 Mobile bank apps can be a useful solution in some cases, but I still prefer physical banks over the trendy online banks.

Offshore accounts in general are becoming increasingly more difficult to open and use because of government regulation on how you move your money.

Governments want banks to know their customers more than ever and are requiring more information to be shared.

The end result is that many banks don’t want to go through the hassle of working with  customers that are tax residents anywhere outside of the bank’s jurisdiction.

Whether you’re opening the account remotely or in person, there are plenty of hurdles you’re going to have to jump.

This means that opening an offshore account will take some work and research on your side of things.

With the proper preparation, you can open an account as a part of your strategy to go where you’re treated best.

On our site we have articles and videos with knowledge you will need to open accounts in specific places like Belize or Bermuda. I recommend giving them a read next.