How to Obtain French Citizenship By Descent

With its culture and charm, France has the world at its feet.

There is nothing more romantic than sipping champagne at the Eiffel tower in Paris, the world capital of Haute fashion, fine art, and delectable baked goods.

Have you always adored the nonchalant French way of life? Would you like to be more than just another tourist in the Champs Elysees?

It’s a real possibility – if you have French ancestry.

Without even realizing it, you could already be considered a French citizen based purely on your family connections.

In this article, we’ll tell you what it would take for you to prove your eligibility, apply for, and receive your French passport.

We’ll also discuss the pros and cons of becoming a French citizen so that you can weigh it all up before you decide if you would like to explore this opportunity further.

We’ll deal with the eligibility and application matters for you so all that you have to do is pick a cover for your shiny new passport.

There are many different ways to obtain citizenship around the world, from birth to marriage.

Citizenship by descent is yet another way that puts certain people at an advantage.

In his book, Andrew even called it the ‘Lucky Sperm Club’; it’s something that you have no control over but that can be really beneficial to you.

If you are an American, Canadian, or Australian citizen, there is a good chance that your ancestors originated in Europe.

And many European countries run citizenship by descent programs through which they extend citizenship to the direct descendants of citizens who had to flee, were exiled, or simply left the country during a specific period of time.

The laws are all different depending on where you look.

For example, Italy offers citizenship by descent that goes back two generations – you can apply to become Italian if your parent(s) and/or grandparent(s) were Italian.

The process is also pretty straightforward when it comes to paperwork, even if it’s extremely dragged out in terms of the timeline.

In essence, it all depends on the country and the laws that govern their citizenship as to how cumbersome the process of obtaining a passport by descent is.

But one thing is for sure – it’s the cheapest way to get yourself a second passport in the European Union.

If you’re ready to jump through all the hoops that the countries make you jump through and are unafraid to get your hands dirty doing the research, you should at least explore this avenue of getting a second (or a subsequent) citizenship.

While there are some cons to each citizenship, the benefits usually outweigh them; having a second passport also gives you more options in life and that’s always a great thing. 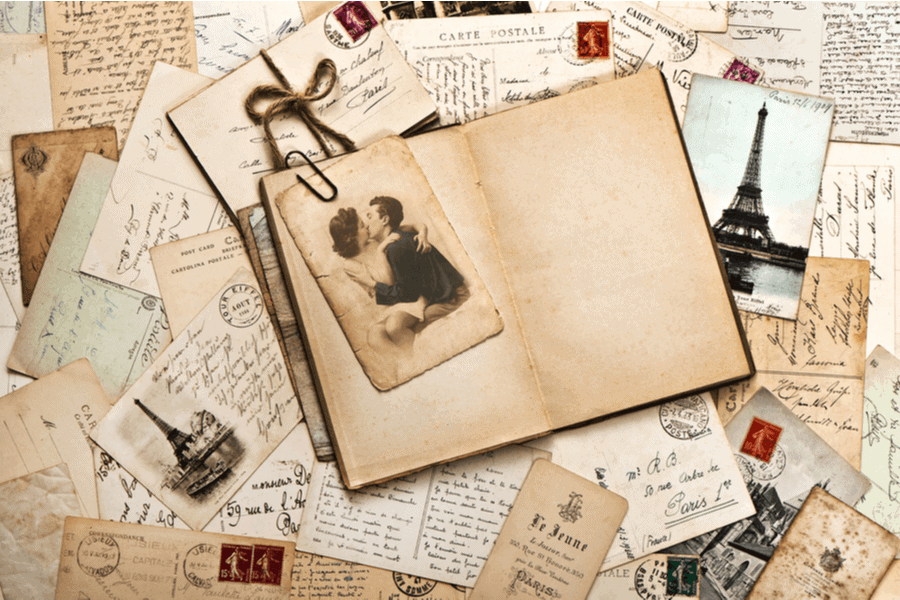 If you can provide the proof of your French parentage, you could qualify for French citizenship by descent.

Historically, France’s citizenship has been governed by the principle of jus soli which means the ‘right of soil.’

However, France has slowly moved away from jus soli and moved towards jus sanguinis, the ‘right of blood’, when it comes to its citizenship.

It’s all part of the increasingly politicized agenda to prevent the kids of immigrants from automatically getting French citizenship just because they were born there.

There are various ways they can later become French citizens, but it’s not automatic.

According to its rules, a person can become a citizen of the country by way of his or her parents.

Unfortunately, France only allows you to ‘go back’ one generation, whereas countries like Ireland let pretty much anyone who’s even a tiny bit Irish apply for its citizenship by descent.

But, if you’re lucky enough to have a French parent and the citizenship of this country is highly desirable to you, you’ll still have to prove your eligibility.

It should be pretty easy to do, though, since all you need is some documentation proving your parent’s French nationality.

However, if your French parent in question is estranged or you have no way of tracking him/her down, it can prove slightly more problematic. You would have to dig around in archives to produce some paperwork or proof that you have ties to France.

That said, let’s talk about eligibility in a bit more detail.

Could you already be French and not know it?

When it comes to eligibility for citizenship by investment, that’s exactly how it works.

You might know that you have French roots but may not have been aware that this could make you eligible to apply for French citizenship – until now.

So, what exact scenarios would make you eligible for French citizenship by way of ancestry?

There are a few of them:

If you fit one of the above situations, you could be eligible to apply for French citizenship by descent.

However, note that France requires that all generations are registered as citizens before you apply for your own.

For example, if your parent has French roots via their own parent, they would have to apply for their citizenship first before you would be able to obtain your own.

Similarly, if you have children, your French citizenship must be registered and obtained before you try and get them their own respective French passports.

Finally, another limitation to consider is the possession d’état de Français, which loosely translates to ‘contract with France.’

When neither you nor your parents have had anything to do with France for 50 years (such as contact or links with French authorities via passport renewal, voter registration, or consular registration) and have resided outside of France, you won’t be eligible to receive citizenship.

In other words, if your parent(s) have lost all links with France and you haven’t had any either, France isn’t going to play ball when it receives your citizenship application.

This makes France one of the hardest countries to get citizenship by descent.

But, if you can prove cultural, professional, economic, family, or military connections to the country that are relatively recent, you have a standing chance.

Let’s look at how you can apply next.

Just like with every citizenship by descent program, gathering the documents that prove your eligibility is probably the hardest part of the entire process.

And the burden of proof falls totally on you, so you must put together a solid case for them to make a favorable decision.

What you will be applying for is known as the certificate of French nationality. It’s an official document that can be used to prove your French citizenship.

To obtain it, you will need to get in touch with the Department of Nationality for French People Born and Established Outside of France.

Yes, they have such a department and the reach of French institutes around the world is absolutely massive too.

In any case, you’ll need to submit your application for the certificate of French nationality to them by presenting the following documents:

The application has to be lodged in person, unless – under special circumstances – the person is unable to travel. In this case, certain courts will accept paperwork via mail.

There are also two other requirements, which truly make France one of the hardest countries to obtain citizenship in:

This nationality isn’t something that you’ll be able to get without putting any effort into it yourself.

While many other countries won’t require you to speak the language or even pass a culture test (in fact, Croatia has recently scrapped its culture test, for example), France isn’t messing around.

Unfortunately, the culture and the language tests aren’t something that other people can do for you, so you really have to determine if you need the French nationality badly enough to spend time studying.

As soon as you get approved for your citizenship, you will be able to apply for a French travel document – a passport. Here’s all of the information about applying for one.

Note: If your application gets rejected, you can launch an appeal, which involves directly contacting the Ministry of Justice.

The Pros and Cons of French Citizenship 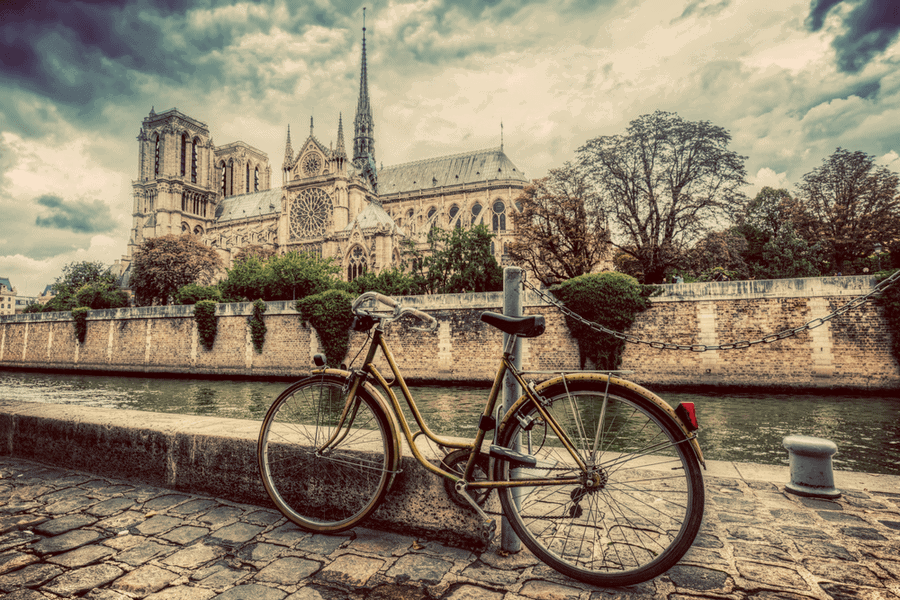 French citizenship will not be the right choice for every individual.

As we said in the introduction of this article, every citizenship has its own perks and drawbacks, and the French one is no different.

First of all, not only is France rich in terms of its culture, but it is also the powerhouse of the European Union and the world. As the fifth-largest economy in the world, you’ll never be short of opportunities in France if you’re willing to do the work.

Second, a French passport is one of the most powerful travel documents in the world, currently ranked 6th. With it, you can visit nearly every country in the world visa-free.

That’s not to mention that, as a European Union citizen, you can travel to, live in, and work anywhere in the Union too.

Third, France is one of the countries that allow dual citizenship.

So, unlike a handful of other citizenship by descent countries that will make you give up your original citizenship as soon as you get theirs, France has permitted dual citizenship since 1973.

However, there are some negative bits to French citizenship by descent too.

Namely, can we just say how extreme their requirements are?

While the paper trail for your parents shouldn’t be hard to establish, the language and cultural interview requirements are excessive.

But then again it plays into the fact that France is a rather nationalistic country whose citizens have been fabled to refuse to speak English with non-French speaking people.

To illustrate the point, did you know that only 39% of the French population speak English?

Compare that to the neighboring Netherlands where 93% speak English and you’ll know exactly what we mean.

Finally, if you were to become a tax resident in France (something that we would strongly advise against doing in most cases, you would be taxed on your worldwide income at France’s relatively high tax rates.

This can be a considerable inconvenience if you just want the French lifestyle but not the burdens of its tax system.

To sum up, if you can pass the examination barrier and work your way to French citizenship, we think that it’s a great citizenship to hold that wouldn’t necessarily make you liable to pay tax if you’re not a resident in the country.

Plus, it gives you many great travel benefits and lifestyle options too.

Is French Citizenship by Descent Worth Your While?

France is a pretty nationalistic country that doesn’t have any concessions for non-French speakers.

If you have French heritage and think you might be eligible to apply for its citizenship, you will have to pass a language and culture exam, as well as put an application file together that can take quite a bit of your time.

However, seeing how valuable the French passport is in the grand scheme of things, it pays to at least look into it.

And if you don’t want to do the digging around yourself, our new premium citizenship by descent service will be just the thing you were looking for.

We’ll take care of all the paperwork for you, from checking if you’re eligible to apply to actually lodging the application for you and helping you obtain your French passport.

If you’d like to become a French national, let’s talk today.