How to Minimize Real Estate Taxes as a Nomad

How do you minimize your real estate taxes as a Nomad Capitalist? I was recently asked this by someone commenting on our YouTube channel and thought it was a good question worth addressing.

The person who wrote to us was specifically referring to income tax but there are many other real estate taxes you need to consider in different markets such as property taxes, stamp duty, transfer tax, etc.

When you’re investing in international real estate or doing any kind of business offshore, you want to work with someone who has a holistic view of offshore and international tax because you’ll often see that these taxes from different countries can get complicated.

If you invest overseas in a country where there is one type of tax and also have to pay tax in another country with a different type of tax, these two countries’ taxes may not play nicely together. Then, you’re going to end up paying more than if you had just invested domestically.

You don’t want the taxes in the different countries where you operate to be fighting each other.

In this article, I will discuss the main tax considerations you need to be aware of to minimize your real estate taxes as a Nomad Capitalist investing overseas.

There are two main factors with taxation. The first deals with who you are while the second deals with where you’re investing.

For “who you are” there are two camps, as always: Americans and non-Americans.

Generally, different rules apply to the two camps. However, there is one big misconception that applies to both. If you have investments in a country, it doesn’t matter what your citizenship is, you will be subject to that country’s taxes on that asset.

I’ve had several folks come to me recently from Australia. They run big businesses and pay thousands of dollars a year in tax there. They want to get out. But even though they are ready to move their business overseas, they have debated keeping their home and renting it out and maybe moving back in the distant future.

The challenge with this particular plan is that it would keep them in the Australian paperwork system. And this means that, potentially, they will still have to pay some tax. This would generally be the case in any country, not just Australia.

It becomes a burden – maybe not a huge financial burden if the tax is low – but it’s another thing to think and worry about. The investment itself may be worth paying some tax, but it’s not worth the paperwork and extra complication.

After all my years of doing this, I can tell you that you want fewer things to think about when you’re becoming a Nomad Capitalist.

The same applies to folks from the United States. As someone who personally expatriated from the US, if I invested in real estate in the United States right now, I would still be liable to tax even though I am no longer a citizen. The fact that I do not live and pay tax there doesn’t mean I get a free pass when I’m buying assets in the country.

It’s not like a business that can float in the cloud. Real estate assets are tethered to the ground, making taxation unavoidable.

Keeping all of that in mind is important when it comes to potentially detaching yourself from real estate investments in your home country if you plan on leaving.

CHOOSING WHERE TO INVEST IN REAL ESTATE

So, if you are not going to invest in your home country, the next question is where you can invest overseas to minimize your real estate taxes.

Other countries like the United States and the United Kingdom have thresholds where you don’t pay any tax if you don’t earn more than that amount in income. The threshold could be $10,000 to $15,000, and with only one or two properties, you might not generate enough to reach that threshold.

This is all good as long as you are not a US taxpayer.

Again, taxation goes back to who you are and where you are investing. If you are not a US taxpayer, then you can leave your home country for tax purposes and set up shop somewhere that is tax-friendly.

There are many different “tax-friendly” situations you could create. The goal is to become a tax resident of a country that either does not tax you at all (zero tax), does not tax your foreign income (territorial tax), or applies a flat tax regardless of what you make or how you make it (lump-sum tax).

If you become a tax resident of a country with one of these systems, you can then go out and invest in countries with low real estate taxes and fully enjoy the fruits of those investments because no one else will be claiming their piece of the pie.

It’s a good idea to invest in places with zero to 10% tax rates or some kind of exemption depending on how big your investment is.

I personally stay away from larger markets like the US, the UK, and Australia. In addition to state tax issues, there’s a lot of paperwork. They don’t make it easy. They’re not as friendly to your capital and are often overpriced.

Plus, compared to a market that is emerging, these large markets’ growth potential has been played out. I’m looking for low tax rates or exemptions in countries set to experience growth. 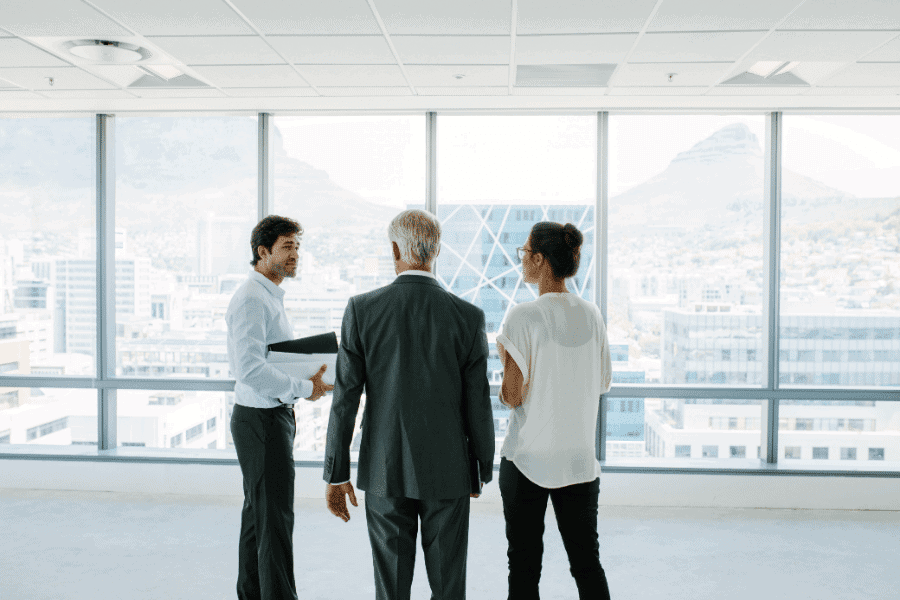 It is harder for US taxpayers to reduce their real estate taxes, even if they invest overseas.

There are, however, a few ways to minimize your overall tax burden as a US citizen. If you’re running a business, you can reduce your income tax through the Foreign Earned Income Exclusion and then use offshore companies to reduce things like payroll tax.

But when it comes to passive investments like real estate, there aren’t as many options unless you’re a professional real estate investor and can claim your investments as a full-time job.

There is also a standard deduction of $12,000 in the United States as of right now. And if you’re married, you can double that up. So, there is some kind of relief for smaller investments so long as you don’t have other US-sourced income tax that’s tying up that standard deduction.

Other than that, you’re going to have to pay.

It is important to understand that the Foreign Earned Income Exclusion (FEIE) for Americans is based only on earned income. Passive income earned through passive real estate investments cannot be excluded through the FEIE, so there is no relief for investment income.

This can create some difficult tax situations for Americans investing overseas.

Take Georgia as an example, which has a low 5% tax on real estate income. If your income tax rate is in the 22% bracket in the United States, then you will be able to take a tax credit for the 5% you paid in Georgia but will have to pay the other 17% in US taxes.

It almost disincentivizes investing in low tax markets if you’re an American.

Some of these low-tax markets make good investments despite the US taxes you will still have to pay. In some cases, the yield is so high that you can pay the US tax and still make more than you would have on a similar investment domestically in a place like Wichita, KS.

But make sure you are factoring in all the investment costs. Some of these low-tax markets have higher property taxes or stamp duty or transfer taxes and those taxes can’t always be deducted.

This is why it’s important to have a holistic plan. You don’t want two different types of taxes butting heads and causing your tax bill to actually go up.

For US citizens, the lowest tax countries aren’t always the best. If you look at a market like the UAE, even though it’s very tax-friendly, you have to pay a transfer tax, you have to pay the real estate agent on the buy-side, and it doesn’t match up with the US system. All of that translates into a situation in which there is no way to get that money back.

In the end, there are limited ways for Americans to minimize real estate taxes as a nomad, but for most investors, it’s not going to make sense.

For everyone who’s not an American or wants to become a former American, you can use the strategy discussed earlier: seek the lowest tax country for investment and live in a tax-friendly place.

If you move from a place like Canada to get out of the Canadian tax system and go to Germany, for example, they also have high taxes and they’ll also tax you on your worldwide income.

If you’re going to live in most European countries – unless you’re getting some kind of lump-sum tax – you’re just going to pay the same amount you would pay at home anyway.

There may be some kind of credit or treaty or write-off depending on where you live, but as a non-American, you really want to be living in a tax-friendly country. 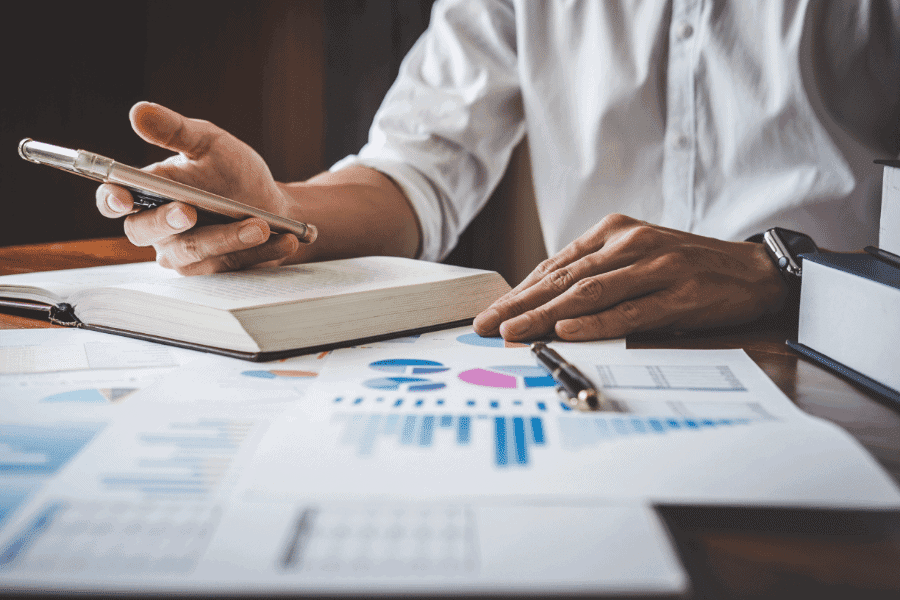 Whether you are a US taxpayer or call another country home, you will need to address your real estate taxes from a holistic standpoint.

These are the types of things you want to keep in mind when investing in real estate. If you’re an American, make sure you’re not going to be paying extra on other non-income taxes that the IRS won’t let you deduct because they don’t have the equivalent tax.

From there, make sure you’re not finding markets such as Spain that have higher income taxes than you would be paying in the United States. As long as the tax isn’t higher, you’ll be covered on the US tax because you’re going to pay them anyway subject to that first standard deduction – which can give you a little bit of relief.

For everyone else who isn’t an American, the issue is your tax home where you are personally paying tax. If you’re a Canadian living in Canada, you have to pay their tax. If you’re Canadian and you move to Dubai, then Dubai isn’t going to care what you do – and there are many other countries like that.

After that, it’s a matter of finding the best low-tax real estate investments. Obviously, if the returns are double and the taxes are a little bit higher, it’s not all about the tax. The returns matter too.

In emerging markets and markets with lower taxes, people are coming in and investing so prices are being driven up. You’re getting growth. Yields will be squeezed over time, but you’re going to be able to sell that property in the future for growth. So, when you invest in real estate, you have to consider yield and future capital gain as well.

It’s not all about the tax – just another reason why it pays to plan holistically.

If you want help designing a holistic offshore plan that incorporates real estate tax planning among many other factors such as business, lifestyle, and second passports, feel free to reach out to our team. We specialize in looking at your big picture.