How to Hire the Best Expat Tax Service for Americans

When it comes to US taxes for expats, I’ve always been very clear: you need an international tax professional.

Whether you work overseas and claim the Foreign Earned Income Exclusion, have foreign investments that provide an income, or have offshore companies, you need someone specialized in the international world of US taxes.

This is particularly true because any US citizen, Green Card holder, or long-term visitor must file a US tax return. You may be able to reduce the actual amount of tax, but no matter where you live or where you earn your money, you must file under the law.

Any US taxpayer with international exposure needs a tax preparer focused on that. I have personally lived overseas and run offshore companies as a US citizen before renouncing my US citizenship and handling the tax filings involved with that and non-resident filings thereafter.

From experience, your local tax preparer – no matter how good they are – isn’t going to cut it.

Not even for simple stuff.

We recommend several expat tax gurus to our clients, ranging from tax attorneys to affordable tax preparers. Out of respect for our paying clients and to not inundate my best contacts, we can’t share their contact information but we can tell you the process we use to find the best expat tax service for you.

1. Have a Clear Strategy 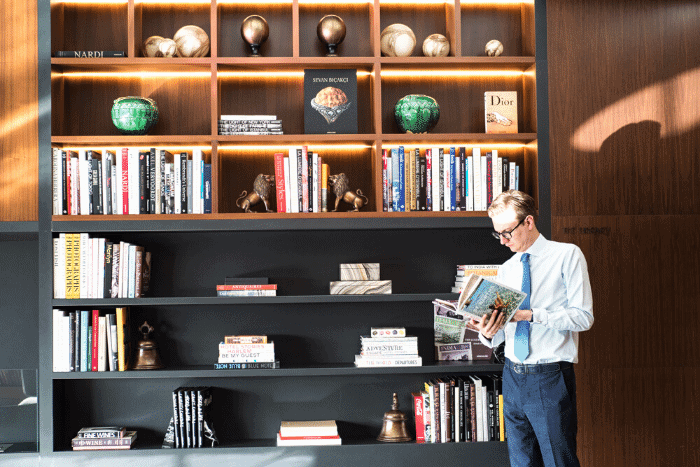 Whenever entering new territory, you need a clear tax strategy. If you’re an employee working overseas, this could be as simple as claiming the Foreign Earned Income Exclusion, but it could also involve a tax treaty depending on where you live and what taxes you pay there.

For entrepreneurs, you technically are an employee of your own offshore company (or at least you should be), but you’re also the business owner. You’ll need a personal and a business strategy in this case, and if you have business partners or a spouse working in the business, you’ll need strategies for those, too.

And the more complicated your business becomes, the more of a strategy you need. These strategies should be worked out BEFORE you hire an expat tax service. First, you need a strategy, then you need execution.

Nomad Capitalist works with our own tax experts to help clients create and (most importantly) properly document their tax strategy, which makes it easier for an international tax service to then handle your case.

It’s best to hand your new tax preparer a set of instructions they can easily follow, simply selecting which forms need to be filed and sticking to the strategy.

In this way, expat tax preparation is similar to domestic tax preparation; there is always someone underestimating how difficult their tax return is.

If you’re an employee working in a foreign company, you can probably get by with a basic tax return and a basic expat tax service.

Ditto if you only have offshore bank accounts and need an FBAR filed; most any expat tax service can handle that if that’s literally your entire foreign exposure.

If you run your own business, have international investments, have multiple offshore structures, or have complicated issues like transfer pricing, you need someone more advanced.

In these cases, I would hire someone you can actually talk to, discuss your case with, and get a personalized fee quote. The “drop your documents to Dropbox” tax preparers are good for simple cases, but not for those with advanced needs.

As a lifelong entrepreneur, I know that we don’t often see what we do as difficult, but understand that most tax services anywhere focus on the basics.

Being an entrepreneur is rare, and having four offshore companies that send money back and forth between a US C Corporation is much rarer. Even some interest-paying offshore bank accounts require special attention. 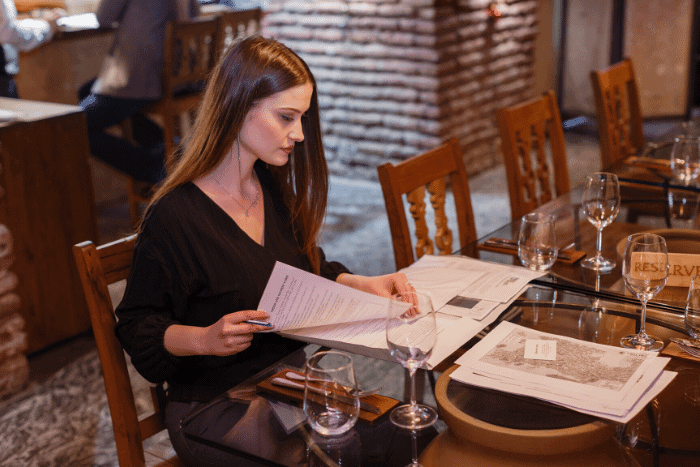 Let me say it again: you want someone who specializes only in international tax for US citizens. When I lived in the United States, I had a relatively sophisticated company that I hired to do my personal and business taxes. Even back then, my tax returns looked like a small-town phone book.

When I left the United States, that same high-level preparer was immediately ineffective. I had to argue with them over something as simple as qualifying for the Foreign Earned Income Exclusion’s substantial presence test. What should have been really simple became needlessly difficult.

Anytime I called that firm with a “quick question” about something international, they gave inaccurate advice and even used the wrong terminology. So, I stopped calling them and started following the advice here.

I’ve seen all of the excuses for expats hiring someone else:

“Our family has known him forever.” – It doesn’t matter; don’t practice the sunk cost fallacy with your international taxes.

“We’ve used him for years without any issues.” – While you may not have had any issues on the domestic tax side, there’s a good chance you will on the international side.

To make matters worse, I’ve seen people filing their taxes for years without realizing they were wrong. The IRS can take years to find mistakes, but when they do, you’ll be stuck with a large bill, penalties, or worse.

“He’s located in Los Angeles and says he deals with some international clients.” – Helping foreigners file US taxes on rental properties is different than knowing all of the forms and schedules to file for a US taxpayer doing business abroad. If Los Angeles were impressive as an international city for tax preparers, then finding someone who lives offshore would be even better.

Yes, I’ve literally seen situations where someone hired the guy who moonlights doing US taxes for expats, yet forgot to file Form 5471 for their foreign corporation. In another case, a client had never reported his foreign bank accounts in over a decade overseas.

Both cases carried potential substantial penalties for which a proper international tax expert had to go back and request abatement. It’s a lot cheaper and less scary to just do it right from the beginning.

As someone who actually lives an expat lifestyle, I know firsthand the emotions that are involved when you’re just starting out. You may have a good tax preparer that you trust, but you know he or she can’t do the job now that you have international exposure.

But what I see sometimes is that people will freak out and start “opinion shopping”. They’ll start reading blogs, calling other tax preparers, or even calling their domestic tax preparer and “shopping” the advice from their new expat tax service.

While I’m not opposed to second opinions, this can be deadly, precisely for the reasons above. Asking a domestic tax preparer with no knowledge of the offshore world, tax treaties, expat tax filing requirements and deadlines, and the like can be dangerous for two reasons:

1. They will be extremely conservative to cover themselves and talk you out of being offshore. Many clients have told me that their local tax preparer told them going offshore was impossible simply because THEY, the preparer, didn’t know how. Meanwhile, there are plenty of straightforward legal strategies that actually work that the tax preparer tries to talk you out of.

2. They will give you bad advice and cause you to distrust the expat tax service. My domestic preparer didn’t think I qualified for the bread-and-butter of living overseas: the Foreign Earned Income Exclusion. It is quite possible that, had I gone back to him after hiring a good expat tax service, he would have convinced me my new offshore tax guy was an idiot when, in reality, it was the domestic tax preparer who was wrong.

The world of international tax is hard enough; find the best tax preparer for your needs and trust them to do the job. Tax strategy is like medical strategy: two good doctors can have different but both valid opinions on how to solve the same problem. 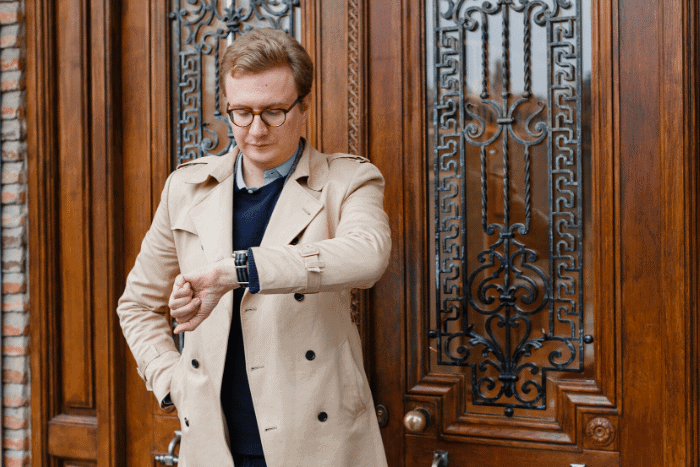 Like the phrase “nobody wants to eat in an empty restaurant”, good expat tax services are busy. Even though Nomad Capitalist sends a lot of client work and referrals to our tax preparers, even I’ve had to bounce one or two of them over the years because they just couldn’t make time for my clients.

When hiring an expat tax service, set expectations in writing in the beginning. Tax professionals are busy during tax season and then decompress when it’s all over. On the offshore side, tax season can be a little different than on the domestic side, so remove any preconceived notions of tax season dates.

That said, make sure you have a clear idea of what’s expected of you from the beginning, deliver your documents on time, and then have a clear date from the preparer when work will be done.

I did this for my final US tax return in 2019 by organizing every number and every document over the New Year’s holiday, then handing it over to my tax preparer. I had already paid him and we had already agreed to file as soon as the IRS forms became available to do so. This way, he got early business from someone who was organized before the rush, and I got the calmness of filing as soon as humanly possible.

Again, having a clear strategy laid out in advance – and documented through things like tax memorandums from a good strategist – is important to help you do everything on time. Once you have this, make sure you hold your tax service to a deadline.

If you need any help creating an offshore tax strategy for your business, or just tidying things up so it all runs effortlessly, feel free to reach out.