How to be a Happier MGTOW by Dating Overseas

Some people define themselves by the anger, sadness, and resentment they feel for these topics. And I sympathize with them.

I’ve always been an old soul who held himself to higher standards. I would show up to meet a friend of mine wearing cufflinks and a tie, only to be made fun of because I wasn’t wearing a grimy shirt.

The same happened in dating. I never quite connected with the US mindset and I became quite disillusioned.

But I never let the pain define who I was, which is why I’ve never joined the MGTOW movement (Men Going Their Own Way). More importantly, I found a better solution once I left the US and expanded my options abroad. In this article, I want to show you how you can do the same thing to become a happier MGTOW by living and dating overseas.

If you’ve never heard of MGTOW, it is a growing group of men that believe the deck is stacked against their sex. You can look at it from any number of perspectives – males are the overwhelming victims of suicides, violent deaths, homelessness, they are liable to pay half of their money upon divorce, and may not even have the chance to see their children, just to name a few.

So, if society doesn’t take care of them, these Men Go Their Own Way. They forego marriage, or relationships with females of any kind, and refuse to let society bully them.

The idea is to close themselves off from the pain, engage in their own interests, and interact as little as possible with the noxious influences outside. They view society itself as “gynocentric”, where everything is done in service of the female, and males are viewed as disposable items to be used in the pursuit of that goal.

If you have a more global perspective, overseas dating can solve the MGTOW reasons for despondency.

How MGTOW Can Expand Their Perspective

The MGTOW has supposedly swallowed “the red pill”, so named after that scene in the Matrix wherein the protagonist is offered a blue pill that erases his memories from reality, or the red pill that makes him permanently aware of the truth.

But here’s the thing, you don’t see movements like MGTOW in most countries outside the West. The one notable exception perhaps being the “sōshoku-kei danshi”, or “herbivore men” in Japan.

To make a long story short, “herbivore men” are men who reject the “salaryman” culture; wherein Japanese men are expected to sacrifice their life in favor of a company where they’ll be permanent employees to a single entity that will likely work them to death.

This rejection happens at the social level as well. Given their loss in status, they otherwise don’t pursue romantic relationships or find it worth the bother. In 2010, single Japanese men were questioned on the phenomenon and it was determined that  61% of men in their 20s and 70% of men in their 30s considered themselves to be “herbivores”.

Other than that, the West is alone in having such movements. If the red pill truly represented the uncontroversial truth, it would be far more widespread.

To me, it would seem like both the cultural and economic forces simply create an environment that facilitates this type of behavior and status quo. It’s not a universal truth of the human condition.

The easiest solution to this problem reminds me of a bad joke you sometimes hear doctors say:

“Doctor, doctor, it hurts when I move my arm like this!” says a patient with a cast on one arm and pained expression as he lifts up his arm.

“Well, stop moving it like that then!” the doctor responds exasperated.

MGTOW does identify some injustices and cultural trends, but its prescription for the malady is wrong. Rather than try to make the best out of a bad circumstance, why not simply change the situation entirely?

If your arm hurts, then just use the other one. If your dating and day-to-day life suck where you are, then go to a place where it doesn’t.

That’s what the MGTOW philosophy doesn’t understand. They look out of their window and assume the whole world is like their limited point of view.

But here’s something interesting – according to psychological research, the average person can have 150-210 close connections with other people at one time. This phenomenon is known as “Dunbar’s Number”.

This is because our brains evolved in tribes of roughly that size. For 100,000 years, those 150-210 people were almost the entirety of our world, until we began creating villages and then cities.

However, we’re still programmed to make inferences based on what society is like according to whom we hang out with. In the wider social framework, this is barely statistically relevant.

Even if every single person in your social network has a certain characteristic, it hardly matters when we’re talking about the behavior of millions or even billions of people. Birds of a feather, flock together.

The world is much, much bigger than you subconsciously think it is.

That’s why a political candidate can win and you will hear people say, “I don’t even know anyone who voted for them”.

Extend this framework, not only within a country but into a global perspective and you have an infinite amount of configurations for those 150-210 people.

Run Toward a Dream, Not Away From Pain 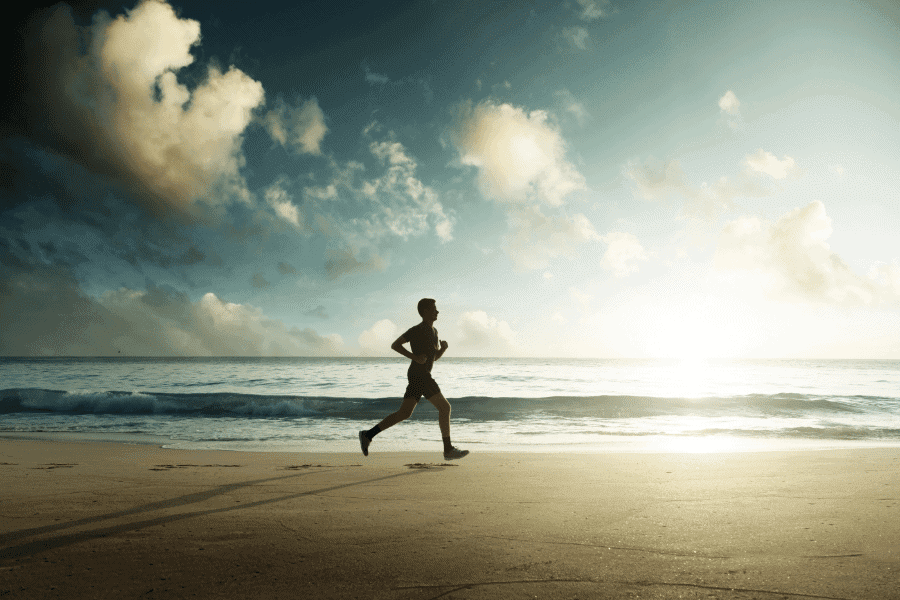 If you want to be happier, don’t focus on what’s wrong. Run toward all that’s good.

By all means have standards of what you are willing to tolerate, but do something with that anger when the line is crossed.

Use your energy to go and explore new horizons and alternatives. Perhaps, yes, the dating market is bad in the United States.

But it’s not awful in Eastern Europe or Asia, where the sexes are not at war with each other. They mutually complement and balance each other, as it should be.

The MGTOW philosophy, alongside groups like angry libertarians ranting about government injustices and waste, may have valid concerns. But so what?

You are but a single person. Even if you sacrifice your life to enact change, it’s unlikely that you will be able to change the civilizational inertia guiding these trends.

Rather than being bitter, instead of living in a society that you inherently disagree with, why not go where you are treated best?

Almost a decade and a half ago, my dissatisfaction with my circumstances led me down a path that changed my life.

Originally, I just wanted to find people with whom I had a genuine connection. But slowly, I began to realize that being abroad had a host of benefits beyond just overseas dating.

Once you are no longer bound to one area, you can not only pick and choose whom you interact with on the social level, but also at the societal level. I can now look at what the governments of the world are offering and decide to become a citizen there based on whether their policies would suit me from a legal and tax perspective.

Whenever I mention that I have a wife on my YouTube channel, there’s usually a portion of the comments saying they can’t wait for the divorce or similar horrible things.

I pity them, I truly do, because they’re so filled with hate that they are determined that others feel their same misery so that they don’t feel like something is missing in their lives. These people cannot be at peace if anyone else has found joy.

If they don’t get out of their cycle of hate, these individuals will never achieve anything or find happiness. Hate begets hate. If you believe you cannot change your world, you will always subject yourself to paralyzing feelings of helplessness.

Yes, you are but one person, you cannot change the sweeping normalcy that is the culture and legal system of a country. But why would you try to?

There is no reason to be a martyr.

You don’t have to change the world, just your world.

There are 7.4 billion people in the world and 195 countries to choose from – all with their unique history, cultures, and regulation. By staying in one place, it’s like reading the first page of a novel, over and over, while complaining about the fact that nothing changes.

Yes, nothing is different, but because you didn’t allow it to change. If you venture out into the unknown and find a place you can call home, then all the MGTOW reasons, or any other fringe ideology you hold that drove you to embrace pain and misery as a default, will seem pointless.

I’m telling you as someone who lived through similar frustrations as yourself – go where you’re treated best (GWYTB) and live life on your own terms. You won’t regret it.