How to Avoid Passport Revocation by the IRS

Governments around the world have increasingly been imposing restrictions on both citizenship and obtaining an actual passport to travel on.

From Canada’s creation of “second class citizens” to President Trump’s denaturalization of US citizens to a wide range of countries’ imposition of new requirements to qualify for the mere right to leave your country, the world has become more authoritarian towards citizens.

Now, there is a far-reaching law that would disqualify countless Americans from being eligible for a US passport and the travel privileges that come with it… even if they’ve never been convicted of a crime. 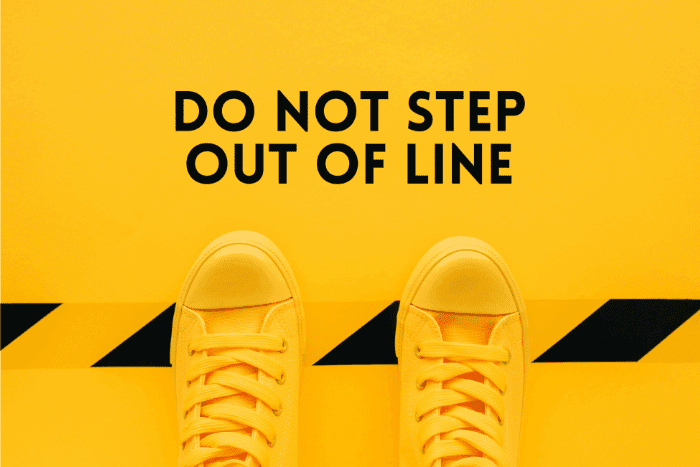 In 2015, the US Congress passed – and President Obama signed – a wide-ranging infrastructure bill called the “FAST Act”. While the ostensible purpose of the law was to improve the United States’ crumbling roads, Congress is known to bury unrelated pet projects that couldn’t pass on their own into bills like this.

Buried within the FAST Act, officially HR 22, was a new clause – “Revocation or Denial of Passport in Case of Certain Tax Delinquencies” – meaning Americans who owe substantial back taxes cannot obtain or renew their US passports.

This clause was literally buried on the 1,113th page of the bill, intended to never see the light of day.

The actual regulation was added to the Internal Revenue Code under section 7345 and states:

If the Secretary receives certification by the Commissioner of Internal Revenue that an individual has a seriously delinquent tax debt, the Secretary shall transmit such certification to the Secretary of State for action with respect to denial, revocation, or limitation of a passport pursuant to section 32101 of the FAST Act.

The idea started way back in 2012 when a report by the Government Accountability Office suggested that the government use passports as a carrot (or stick, depending on who you are) to enforce tax collection. Don’t pay up, have your passport revoked.

In this article, we will discuss the facts of how the law works, who is targeted, why it matters (even if you’re a tax evader), and what you can do about it.

How Does Passport Revocation Work?

Basically, the law allows the State Department to revoke, deny, or limit passports for any US citizen “certified” by the IRS to have a “seriously delinquent tax debt”.

Said tax debt must be at least $50,000 to qualify for passport revocation, which is admittedly a higher bar to cross than the mere $2,500 minimum in back child support to disqualify a citizen from receiving a passport.

Like most regulations, some of the details are fuzzy, but basically, if you owe $50,000 or more in back taxes, you won’t be traveling as a US citizen. Intent to travel overseas or flee the country is not a criterion considered, nor is the law limited to criminal tax cases; civil tax penalties are enough to be refused a passport.

The process is simple: once your debt has been “certified”, the Internal Revenue Commissioner will tell the State Department that you are delinquent in your taxes and to bar you from receiving a US passport until they reverse their ruling.

The IRS must first send you Notice CP508C and give you ninety days to fix the issue or pay.

Once certified, you’ll be refused a passport if you apply for one. If you have an existing passport, it can be canceled or its renewal may be refused.

So How is the Tax Debt Calculated? 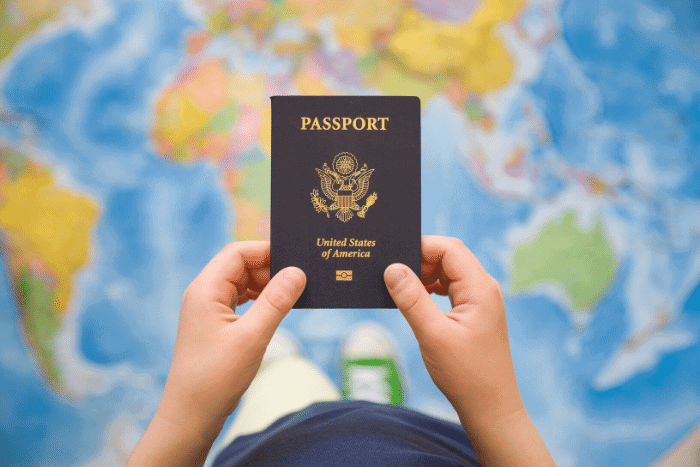 I imagine most people believe that someone owing $50,000 or more in back taxes should suffer some consequences. And even though Nomad Capitalist helps people create offshore strategies to legally reduce their tax rate, I don’t disagree.

I don’t support people living in a country, reaping the benefits, and then thumbing their nose at the tax law. I’ve chosen to live in what are essentially zero-tax countries precisely because I don’t think the United States was worth what I paid in taxes. But if you choose to live there knowing the price, I don’t exactly feel sorry for you when the bill comes due, considering you have so many options to go offshore.

But here’s the rub: a $50,000 tax bill can accumulate rather quickly. Early in my business career, I woke up one day to find about $1,000 missing from my business bank account. After some digging, it turns out that the State of California – the world’s most aggressive tax collector – had levied my account for what it thought were unpaid taxes.

In my case, they happened to be wrong. I had done some business in California during one tax year, paid the taxes I owed them and filed a final tax return saying I was done with California. They didn’t get the memo and charged me… again. It took me a month of sitting on hold to get my money back (minus my bank’s fees) after proving to them I had actually paid.

These days, my business and I deal in much larger numbers and it’s easy to see how $1,000 could be $50,000 today. It is not impossible that I or anyone else could wake up to find out some fat-fingered bureaucrat had tried to demand a tax be paid twice.

Most government workers aren’t known for their accuracy or efficiency.

Note that we’re talking about federal taxes here, not state taxes as in my example above. The IRS is a federal agency as is the State Department.

If the IRS believes you owe them money, it can file a Notice of Federal Tax Lien after they’ve assessed the liability, sent two letters demanding payment, and waited ten days for your response with payment in full.

While I certainly don’t advise ignoring the IRS, it seems that someone could be out of town for longer than it takes to get a few letters. (In an interesting side note, Tim Ferriss once discussed how he was afraid to spend several months traveling overseas precisely for the reason. “What happens if I get a letter from the IRS?”)

Once an IRS lien – which is a quite commonly used “scare tactic” – is filed against you, word could already be on the way to the State Department to deny you a passport.

It’s worth noting that a $50,000 tax debt could include interest, fines, and penalties; a smaller base amount could easily grow rather quickly.

It’s also worth noting that my understanding of the law is that penalties assessed to expats relating to FBAR and other offshore tax forms could be used against you. With fines for not filing a single form ranging from $10,000 to $25,000 and even more, it wouldn’t take much to accumulate the tax debt required to leave you stranded.

In all fairness, there are several types of tax debt that won’t count against you:

What it Means to Be Denied a Passport 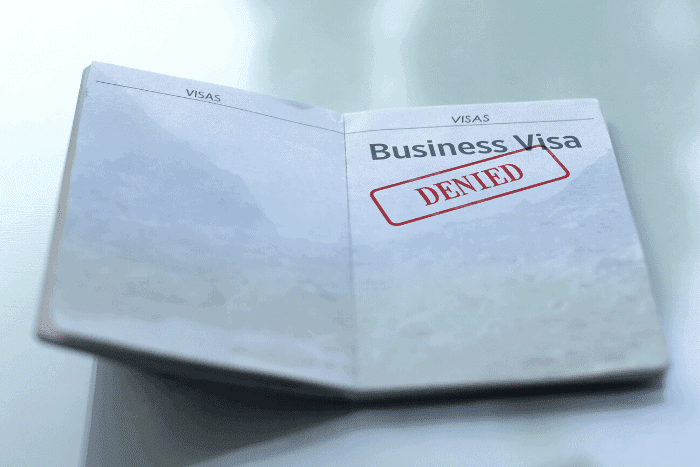 If the IRS certifies you as having a delinquent tax debt and has your passport is revoked, you will face a number of financial and travel restrictions.

The most obvious restriction is that, without a passport, you will unable to travel internationally as a US citizen.

We recommend having a second passport as a “Plan B” against various risks, although there is one big hurdle in this case: you must depart the United States with your US passport. While there is technically no exit border control at most US ports, you may be denied boarding to your plane or refused entry at your next destination.

Even some visas may be difficult to obtain; an embassy could easily ask why a dual US and St. Lucian citizen would be applying for a Canadian visa as a St. Lucian when they could simply enter as an American.

If you already live overseas, traveling could be easier with a second passport. However, you would be stuck without your US passport – and its powerful travel privileges – until you resolve your tax debt.

The State Department may only issue you a passport in select humanitarian cases that remain unclear, or an emergency passport good for travel directly back to the United States, where you would be stuck.

Most any kind of international business you conduct requires a passport, certainly at the initiation of the business relationship but often to renew it as well. If you have money in an offshore bank account or brokerage account, for instance, you may not even be able to effect an outward transfer without first showing a passport.

And then there’s the issue involving Real ID. While most states appear to now have Real ID-compliant driving licenses, I have heard stories of people – namely in California – having issues with this. Real ID-compliant identification is required to board an airplane even for domestic travel, and if your driver’s license won’t qualify, a passport can… if you can get one.

How to Prevent Passport Revocation

If you’ve already been certified as having a tax debt, or you know you owe the IRS and certification could be imminent, it’s important to work with a qualified tax professional to resolve the situation.

I would certainly never advise anyone evading taxes or ignoring the IRS, and you need to get the situation resolved. We work with several qualified tax preparers and attorneys here.

Once you’ve been certified as owing delinquent tax and you pay the bill or reach an agreement with the IRS, they will retract their notice to the State Department, although there is no guidance on how long they have to do that or how long it should take. 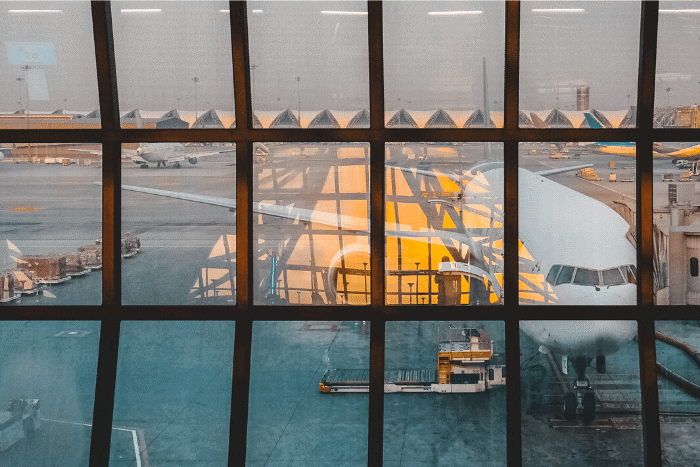 If you don’t have a delinquent tax debt but want to ensure you stay in compliance, I recommend a few steps.

First, if you’re a US citizen living overseas or with foreign investments or business interests, you absolutely must work with an international tax preparer; you can read my article on how to find a good one.

From my own experience as a US expat, domestic preparers don’t know how to handle US taxes for anything offshore; even a simple FBAR often evades them, which can land you in the trouble we’re talking about here.

Second, having a second passport is a good “Plan B” for Americans who own their own business or have significant wealth. It would be easy for one paperwork mistake to land you on the naughty list in this case, so having a second option is a good idea at least until you can work things out.

(Again, as the “goody two-shoes of the offshore industry”, I’m not suggesting anyone evade their tax obligations. I’m merely suggesting that the government is slow and makes a lot of mistakes and doesn’t much seem to care.)

While it is an extreme measure, the risk of having your passport revoked does exist, as do numerous other regulations on US citizens no matter where they live.

Speaking as someone who has personally expatriated, I feel more comfortable knowing I can no longer run afoul of some US government rule buried on page 1,113 of a random infrastructure law, or any others.

If you’d like some help discussing your second citizenship or expatriation options, feel free to contact us for help.