How To Avoid Bank Failure With Offshore Banks

When times are good, we rarely concern ourselves with worst-case scenarios. But when times get tough, that’s almost all some people can see.

In good times, we trust institutions like banks to protect our money and – for those with high-interest bank accounts – even help it to grow. But when hard times hit, what was once a safeguard can become a liability.

If you keep cash in the bank, there is always the risk that the bank itself may fail.

Even so, I am an advocate of keeping some cash in the bank. I am also an advocate of having property, precious metals, cryptocurrency, and other investments that allow you to be completely diversified. But I do like to have some cash on hand.

So, how do you make sure that your cash is safe?

The short answer is that it depends on where you bank. Not all banks are made alike. Some have better fundamentals than others. Some are located in better jurisdictions with more favorable banking regulations and laws. So, if you’re not smart about where you put your money, you could be exposing yourself to potential bank failure.

Here at Nomad Capitalist, we have made it our business to understand what makes for the best banks and, judging by the statistics, there is one thing in particular that you can do to avoid bank failure. In this article, I will walk you through this one simple step to avoid bank failure and keep your cash safe.

Bank Failure in the United States

I lived in the western United States during the last recession when markets dropped by as much as 50%. Every time I turned on the news, there was another bank failure.

It was a daily occurrence.

In the worst year, there were hundreds of bank failures.

If this were an isolated event, perhaps you could ignore the bank failure rate in the United States. But in the 1980s, there were over 1,400 bank failures in the Unites States. And things didn’t improve all that much in the 90s, either, with over 900 banks failures.

The Great Recession, then, merely revealed the shoddy foundations of the US banking system.

In recent years, the United States has seen fewer bank failures with no bank failures in 2018 and only a couple in both 2017 and 2019, but the overall trend is not encouraging.

That is why, statistically speaking, the number one thing you can do to avoid bank failure is to not bank in the United States.

But if you do not to bank in the United States, where do you go instead? Many make the mistake of heading straight for Europe.

In some cases, banks simply restricted people’s access to their money. In others, they did bail-ins that essentially gave depositors’ accounts a haircut.

And now we are seeing other developed countries like Australia introduce bail-in rules that make you begin to wonder where your money will actually be safe.

If you were to mention to someone at a cocktail party that you just put your money in a bank in Armenia, they would probably freak out.

But the reality is that banks in Armenia are far safer and more lucrative than anything you could find in your home country.

As part of our research to help our clients create solid offshore plans, we examine extensive reports put together by big analytical companies and Big Four firms for all the countries where we help folks do banking.

In fact, there are even a few offshore banks that don’t make any loans at all. They just hold on to your money and give you a place to store it and make transactions.

There are certainly some developed countries that are relatively safe for banking. There are even a few good banks in the United States – I still keep money there – and countries like Singapore, Switzerland, and Liechtenstein are good places to park some money (if they’ll let you in).

But if you want to get some yield and diversify your banking portfolio, going to these safe emerging market banks is a good idea. They are a lot easier to deal with and you can commit less capital. This means that if you find yourself needing to do a transaction at some point, you won’t be required to keep a million dollars in the account.

You can move money in and out.

Not every emerging market has solid banking fundamentals, but if you look at the banks in many emerging countries in Eastern Europe, Central Asia, Southeast Asia in particular, and even some in South America, the numbers are often better than what you will find in the developed world.

You Don’t Need The Brand Name 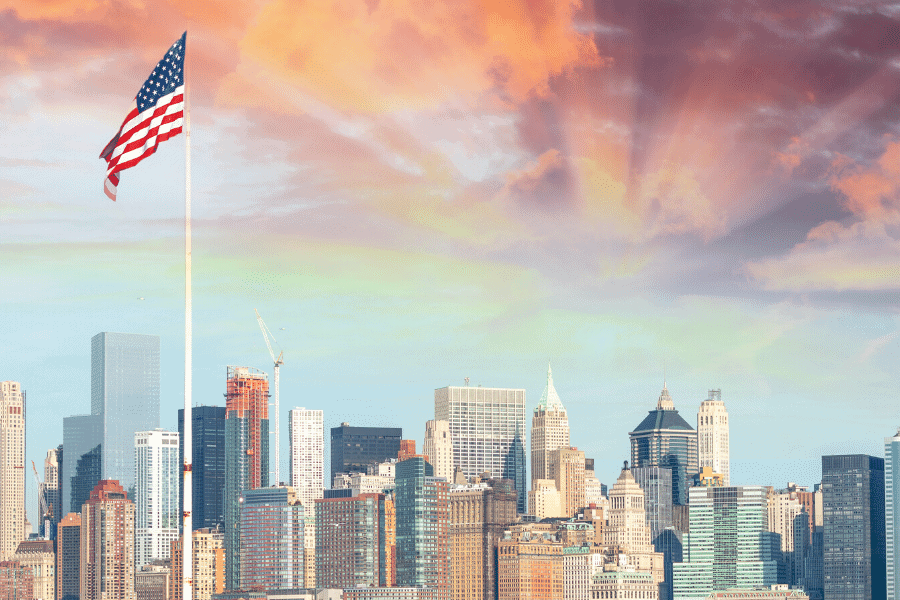 People in the US are risk-takers. That can be a good trait in many cases, but that doesn’t mean you have to trust them with your money and risk losing it in a bank failure.

If it is still difficult to wrap your mind around the idea of keeping your money in an emerging market bank, let’s talk about brand names. One of the big things we have focused on educating our readers and viewers about this past year is the difference between brand names and true value.

Certain countries have remained popular despite bad fundamentals simply because they have achieved “brand name” status. The United States, for example, is a brand name country.

People go to (or stay in) the United States and tolerate low yields and high taxes and all kinds of harsh legal obligations simply because it is a brand name country.

They do the same in Europe.

These countries have created a name for themselves for one reason or another, and that name is what attracts people to their borders, even when the country itself no longer offers the benefits that once made it great.

If you can focus on the fundamentals of a country rather than on the name, you can home in on what really matters.

Some brand name countries, like Singapore, deserve their reputation because they’ve done a pretty good job of managing things. Even banks in Hong Kong, despite some of the chaos there, have always been super conservative.

But the developed countries – especially the English-speaking countries – have always been throwing out loans to anyone. In the United States, banks are back to handing out the subprime loans that were a problem back in the recession.

People don’t learn their lesson in the West.

And because of that, bank failure continues to be a threat. The United States has things like the FDIC to insure your deposits, but if a big bank in the US were to fail, they have less than a penny on every dollar of deposits.

One big bank or a couple of decent-sized banks could crash the whole system.

I am not saying that this will happen, but it is important to understand that these alleged safeguards only exist because of the extreme levels of risk that exist in this type of banking environment. And the only reason people keep banking in these places is because they have the brand name.

Look at the numbers – not the brand name – and it’s clear to see where it’s safer to bank.

It’s not in the West.

In the safe havens outside of the western world – places like Singapore and other developed Asian countries – banks have always been more conservative.

Their numbers have always looked better.

Emerging markets, on the other hand, may have been a disaster 20 to 40 years ago. The difference between emerging markets and the West, though, is that they didn’t have a brand name to lean on and so they learned their lesson.

Their numbers are solid now because that is their only way forward.

So, if you want to keep your money safe, diversify. Don’t pick one emerging market and put all your money in the bank there. International diversification is the goal. Create a banking portfolio and deposit your money into various banks around the world in jurisdictions with solid fundamentals.

I won’t tell you how much (perceived) risk you should take. If you want to move all your money to countries like Singapore, you can do that. But personally, I like having a nice blend so that I can protect against bank failure, get some return, and gain the other benefits of banking offshore.

Developed countries do not have the kind of bank ratios that ensure against bank failure. The United States and many countries in Europe are risky banking environments. That is why diversifying into countries that most people wouldn’t even consider is one of the best ways to avoid suffering during a bank failure or bail-in.

If you would like help creating an international banking portfolio as part of a holistic offshore plan, feel free to reach out to our team to get started.