How This Small Jurisdiction Continues to be a Favorable Place for Investors, Business Owners and Residents 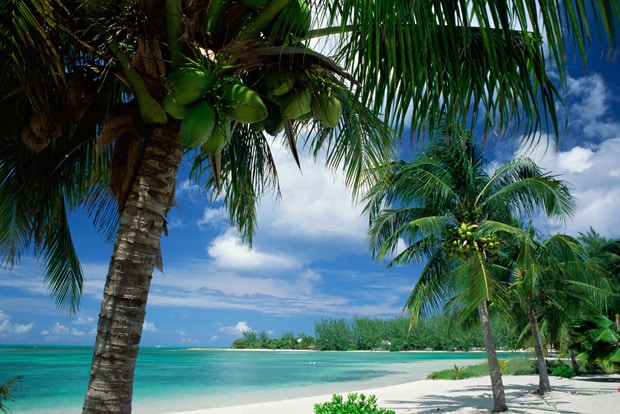 International Man: Jeff, you have lived in the Cayman Islands for some time. You’ve witnessed that country undergo a huge amount of growth and have personally played a significant role in the country’s development.

What can you tell us about the Cayman Islands, and why is it such a unique jurisdiction?

Jeff Thomas: Well, that’s a tough one — there’s quite an extensive list.

I think, if I were to try to simplify it as best as I could, I’d say that, first, Cayman had a very late start. This was a backwater until 1968, so we’ve only really been in business, per se, for 50 years. That’s a good thing because the longer a country is in business, the more laws it has on the books, and the more conflicting they are, and laws don’t tend to go off the books, they remain forever, and they create quite a mess.

In the Cayman Islands, the laws are very simple. When they were first drawn up, they were drawn up to be simple so that politicians couldn’t mess with them very easily. Very much like the American constitution, its purpose is to try to be as simple as possible so that it couldn’t be messed with, and it would be hard to misinterpret.

There’s an additional advantage here — for an investor, it’s easy to operate in the Cayman Islands. You don’t have so many obstacles that are confusing and self-contradictory.

So, the simpler things are, the easier it is for you to function within that jurisdiction. That’s quite important, especially when you consider that for someone coming from another country, they don’t want to go through the process of learning all those laws, they just want to know that they’re going to have an easy road, that once they understand what they need to do, they’re going to be okay.

Also, it’s a small jurisdiction, and that means that we’re on a first-name basis with our political leaders. They can’t get out of hand very easily and drop enormous bombs on us where they’re going to change how we live and what our laws are going to be.

If they start to take a bad turn, we can actually sit them down and say, “You’re making a mistake here, you’re going to need to back out of this,” and we actually can work one-on-one with them. It’s a tremendous advantage.

Our leaders understand that the great majority of our prosperity is generated by overseas investors who have the freedom to withdraw at any time, so to cut back on economic and social freedoms would mean the end of their political careers.

Unlike most countries and unlike large countries, they know that they can lose everything they have very easily if they start to misbehave and suddenly get grabby or decide that they’re going to impose taxation or whatever else.

So, they have a vested interest in sticking to the promises that we’ve made to investors. If they keep changing things regularly, they know that money is going to leave here, so they must behave themselves.

Of course, we’re mainly known as being one of the most tax-free jurisdictions in the world. In our 500-year history, we’ve never had any direct taxation of any kind, so it would be very, very difficult for them to ever even try to pass a law to create taxation because the island would be in an uproar over it. Everyone would understand that they’re cutting everyone’s throats and, even though they’d like to tax us directly, they can’t really do that, or their careers are over.

International Man: What else can you tell us about the Cayman Islands? It seems to be a favorable place to be an investor, a business owner, or a resident.

What about the overall quality of life, the education system, the infrastructure?

Jeff Thomas: Well, it’s a slightly different structure from what you would have if you were in Europe or North America because it’s a tiny place but has an enormous amount of money pouring through it.

It’s the fifth-largest banking center in the world, yet we only have 65,000 people. So, we can have a very small government yet, because the company fees are high, the revenue per capita into the government is high.

We can afford to have a very good infrastructure here. Our roads are very good. Schools are good. We started off as a very good jurisdiction in terms of morality. We have a very traditional morality here that’s almost Victorian in its nature. Caymanians tend to be very moral people, very honest people; they keep their word.

We don’t have any problems with racism here; it just doesn’t exist. We’re all the same regardless of what we look like. We just all treat each other as kind of a big family. We have very little in the way of violence and crime here, and most of it is pretty controllable.

Unlike 50 years ago, when we were a backwater, the standard of living has raised considerably where most people tend to live very well.

Anyone who wants to work can work. We don’t have a problem with people being out of work unless they just don’t feel like doing it, and you have those in every society.

Because of the high standard that we now have, it’s more expensive to live here than most places. You certainly wouldn’t want to be 25 years old with a tent and a backpack and go and live on the beach. It isn’t that kind of place.

International Man: How easy is it to establish some sort of presence or residency in the Cayman Islands?

The easiest way is to get employment here. And there you’d only have to have applied for some sort of position and gotten it, and then a work permit would be applied in your name to the government. And as soon as it’s approved, then from that moment on, even though you hadn’t even arrived here yet, you would be a legal resident, and you would have an income waiting for you. So, that’s really the easiest.

However, if you are an investor, say someone retiring, and you didn’t want to have actual employment—you just wanted to protect the money that you owned and have a good life—you could apply to the government to do that. There are several opportunities for different types of residency where, as long as you didn’t need to work, and you could demonstrate that you had enough money to live on, you could get a 25-year residency here.

Editor’s Note: The US, Canada and the EU have already passed laws that open the door to future theft by banks. In an economic crisis, deposits in these jurisdictions could get the Cyprus treatment—in which a bank emergency is used as justification for confiscation.

The good news is there are far more favorable banking options. That’s why The New York Times best-selling author Doug Casey and his team have created a comprehensive offshore banking guide outlining our favorite banks and offshore banking jurisdictions. It includes crucial information on the limited jurisdictions that still accept American clients and allow them to open accounts remotely with small minimums. Click here to download the free PDF now.