How Inflation, Prudence, and Fundamentals Are Setting Up Gold to Soar 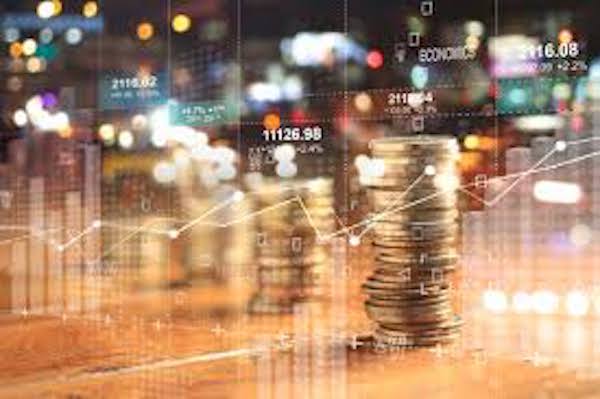 Dave Forest is a geologist who has worked professionally in mining and petroleum over a 20-year career. He has also bridged his technical expertise into the finance and investment sector, originally joining Doug Casey in 2004 when he founded an advisory dedicated to finding high-potential investment opportunities in oil, natural gas, uranium and renewables globally.

International Man: Governments around the world, including the United States, are printing trillions of currency units. This will continue to significantly devalue these paper currencies and create inflation.

With all the money that’s been created by governments and central banks, the chances are excellent we’re going to have a gigantic bull market. Maybe the last one, since I expect the world is going back to using gold as money—at which point we’ll have a stable gold price.

In the meantime, I think mining stocks could go absolutely insane. The prices will have no relation to fundamentals, because everybody will want to own them.

How do you think the situation is going to play out for gold and precious metals?

Dave Forest: Inflation is a given. I see it every day in commodities, although many mainstream investors don’t recognize it. Yet.

In the 2000s, investors were over the moon when gold broke above $1,000 per ounce and copper passed $1.50 per pound. During the previous commodities bear market, those levels were unthinkable.

But now, $1,000 gold is peanuts. Hardcore bullion investors were distraught in 2016 when gold “plunged” close to $1,000. That’s seen as a depressed and unsustainable price.

Same with copper. That sector’s been in the doldrums, because the price fell below $2.50 per pound. If you’d told a copper miner in 1999 they’d have $2.50 copper, they would have popped the champagne! Today, it’s seen as scraping the bottom of the barrel.

The thing is, back in the “old” days, you could mine and process an ounce of gold for $100. Today, production costs are more like $600 per ounce. Closer to $1,000 per ounce if you add in sustaining and expansion capital.

That’s the real reason metals, including gold, have to go higher. The gold price isn’t arbitrary. The price must exceed production costs—or mines will shut down and supply will run out.

The massive inflation in production costs is driven by lots of things: rising fuel prices, increasing wages and benefits for workers, and higher steel prices. Barrick Gold, the world’s largest public gold miner, saw costs for one of its new mines, Pascua Lama, rise by billions of dollars within just a few months!

Politicians can’t sleight-of-hand those costs away—they’re real. So, the only conclusion is gold—and all metals—need higher prices in order to keep supply coming.

International Man: What other factors are affecting gold right now?

Dave Forest: We think of gold as a “safe haven”: Break glass and use when things really fall apart.

But many players in the financial sector are already using gold day-to-day, as a financial instrument.

In China, for example, many exporters don’t have access to currency hedging. They’re exposed to fluctuations in the exchange rate between the dollar and yuan while they’re waiting for dollar-denominated payments to come in.

If you can’t hedge currency rates through the banks, what do you do? Chinese firms found an alternative: Buy gold. The idea is, if the US dollar depreciates, the value of gold holdings will go up, because gold is globally sold in US currency.

In effect, these firms hold gold as a short-term hedging instrument. They could actually do the same thing with sheets of copper cathode or barrels of oil, but gold is the easiest major commodity to purchase, hold, and eventually sell once currency has been converted.

Of course, the root cause here is currency instability: people fearing a breakdown in the US dollar. So, it’s not far off the reasons doom-and-gloomers buy gold. Just that Chinese buyers are doing it in the short term, for purely commercial reasons.

International Man: The mining business is extremely volatile and risky. There are thousands of mining companies out there, and most of them are junk. What is your approach to separating the winners from the losers?

Dave Forest: First off, recognize that “junk,” in terms of mining stocks, comes in several forms.

There are of course, outright scams. That ranges from full-on fraud (not that common) to huckster promoters who legitimately take people’s money but then use it to pay themselves huge salaries while doing little or no technical work (much more common).

Looking at salaries is a good way to spot those latter cases. Public companies in Canada disclose their officers’ wages. It’s not uncommon to see CEOs of a company with $1 million in the bank making $400,000 per year. When 40% of your firm’s budget is going to pay one person, there’s not a chance the company is going to perform. Never mind that these people generally would be unemployable, even for $1 yearly, in any other industry.

A much more subtle form of junk is the “hobby farm” company. You know how people, often older, will buy a farm for the fun of being outdoors? They’ll putter around doing a little work here and there, but the whole thing is mainly for enjoyment rather than serious commercial endeavor.

A significant number of junior mining stocks are like this. Exploration companies, after all, are just a couple of guys with a pickup or maybe a helicopter walking around picking up rocks.

Older geologists will often do this for the fun of it. It’s nice to have shareholders pay for your summer fishing trip up north. While there, these “execs” might walk into the bush and grab a few samples, but they’re not pushing to run a real business. Those companies go absolutely nowhere, very slowly.

You have to really watch out for those, because the people will seem sincere and often credible. But their heart isn’t in it, so they never accomplish much.

Once you weed out those, you’re left with a small group of more-interesting stocks. These are the companies that have good ideas about where new mineral discoveries might be made. They’re motivated and hungry; they usually have their own money invested in the hunt.

They run the company like a business. That means they consider whether the cash they’re spending will add value to a project. It also means they know what value looks like in a mineral property!

International Man: As a geologist, you’re on the ground in obscure places like Colombia, Russia, Mongolia, etc., searching for new deposits and breakthroughs. What are some of the most interesting places on your radar right now and why?

Dave Forest: North America, minus Mexico. As you say, I’ve spent a lot of my career in obscure places. Ten years ago, you would go abroad, because it was tough to break into established spots like Ontario or Nevada.

But the recent downturn in exploration’s changed all that. I spend a lot of my time in Nevada now, and it’s astounding how little exploration work is going on, despite the state being ranked number one in the world for mining.

Today, you can get acreage and try new ideas. I’ve even seen companies stake out whole districts that were abandoned during the downturn.

Building a mine anywhere is tough these days. Environmental activism (or commercial interests masquerading as such) and “not in my backyard” (NIMBY) concerns are rising everywhere. Places like Nevada or northern Saskatchewan have the advantages of having established mining sectors, relatively stable governments, and—most importantly—very few people. No backyards, no NIMBY.

That said, I still love travel. And I do keep an eye out for emerging opportunities abroad—they just have to be big opportunities to make up for the increased political risk.

One spot I checked out recently was Uzbekistan. The country has the world’s largest gold mine, called Muruntau, which has something like 200 million ounces.

I visited last summer and couldn’t believe what’s happening. Government officials couldn’t meet until 10 PM, because they were too busy working at the office to get the prime minister’s orders done. There have been reported cases of government staff dying from overwork! These people are serious. It’s one to watch.

International Man: You recently came across a new technology that could change the way mining companies find gold deposits. What exactly is this and what is the potential?

Dave Forest: A few years ago, I was introduced to a PhD mathematician. He’d been an executive consultant for 25 years to one of the world’s largest mining companies. He had a corner office and a green light for three-hour, two-bottles-of-wine lunches whenever he wanted.

Because he could do something I’ve never seen before (and apparently this mega-mining firm never had either).

He could use satellite data to find gold, copper, or zinc.

Now, there are lots of geologists who try to use satellite data to pinpoint ore deposits. This “remote sensing” has been in use since the 1980s.

I’ve always been a skeptic. Most times, satellite geologists just torture the data until it fits their preconception of the target. I never saw a convincing case where satellite imaging revealed a new discovery.

But when I met this PhD, I was intrigued. It wasn’t just his impeccable credentials in the industry—his approach is elegantly simple in a mathematical sense. He didn’t torture the data with interpretations. He just ran his algorithm and let the results speak for themselves.

I wanted to find out more. So, I gave him a test. It was a gold project in dense jungle in eastern Myanmar. I knew the gold mines are there, only because I’d been on the ground, under the tree canopy. But from the satellite view, you couldn’t see anything. There was no way to cheat.

He used his techniques and sent me a “heat map” that pinpointed the mine locations almost exactly. I was floored.

Since then, we’ve used this “digital treasure map” in Mongolia, Colombia, Nevada, and eastern Canada. The results, when field checked, have been excellent.

We started thinking about how this could benefit investors. What if you knew about a big mineral find on a company’s property before the company did? That’s what we can do with this satellite system. We can scan anyone’s property, almost anywhere on Earth.

Using the system, we recommended three stocks to International Speculator readers. One stock was bought out by a larger gold company within months of our recommendation, for a 219% profit. Another stock has risen more than 200% since our recommendation, on excellent gold drill results.

The last stock is still moving toward drilling. I think we knew they had a potentially major discovery before they did!

This also shows why now’s the perfect time to invest in mineral exploration. Why was this PhD genius available and not squirreled away in the bowels of a major mining firm? Only because the company he was working for laid off their entire exploration department during the most recent industry downturn. Crisis = opportunity.

That’s exactly why, he released this new video where he shares all the details for how you could get in on the ground floor. Click here to watch it now.