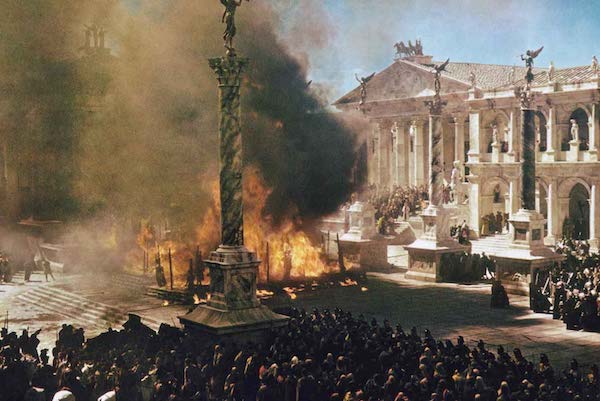 “Experience hath shewn, that even under the best forms of government those entrusted with power have, in time, and by slow operations, perverted it into tyranny.” – Thomas Jefferson

Histories are generally written by academics. They, quite naturally, tend to focus on the main events: the wars and the struggles between leaders and their opponents (both external and internal). Whilst these are interesting stories to read, academics, by their very nature, often overlook the underlying causes for an empire’s decline.

Today, as in any era, most people are primarily interested in the “news”—the daily information regarding the world’s political leaders and their struggles with one another to obtain, retain, and expand their power. When the history is written about the era we are passing through, it will reflect, in large measure, a rehash of the news. As the media of the day tend to overlook the fact that present events are merely symptoms of an overall decline, so historians tend to focus on major events, rather than the “slow operations” that have been the underlying causes.

When, as a boy, I was “educated” about the decline and fall of the Persian Empire, I learned of the final takeover by Alexander the Great but was never told that, in its decline, Persian taxes became heavier and more oppressive, leading to economic depression and revolts, which, in turn led to even heavier taxes and increased repression. Increasingly, kings hoarded gold and silver, keeping it out of circulation from the community. This hamstrung the market, as monetary circulation was insufficient to conduct business. By the time Alexander came along, Persia, weakened by warfare and internal economic strife, was a shell of an empire and was relatively easy to defeat.

Back then, I also learned that the Tang Dynasty ended as a result of the increased power amongst the eunuchs, battles with fanzhen separatists, and finally, peasants’ revolts. True enough, but I was not taught that the dynasty’s expansion-based warfare demanded increases in taxation, which led to the revolts. Continued warfare necessitated increasing monetary and land extortion by the eunuchs, resulting in an abrupt decrease in food output and further taxes. Finally, as economic deterioration and oppression of the citizenry worsened, citizens left the area entirely for more promise elsewhere.

Is there a pattern here? Let’s have a more detailed look—at another empire.

In 1556, Philip II of Spain inherited what was regarded as Europe’s most wealthy nation, with no apparent economic problems. Yet, by 1598, Spain was bankrupt. How was this possible?

Spain was doing well but sought to become a major power. To achieve this, Philip needed more tax dollars. Beginning in 1561, the existing servicio tax was regularised, and the crusada tax, the excusado tax, and the millones tax were all added by 1590.

Over a period of 39 years (between 1559 and 1598) taxes increased by 430%. Although the elite of the day were exempt from taxation (the elite of today are not officially exempt), the average citizen was taxed to the point that both business expansion and public purchasing diminished dramatically. Wages did not keep pace with the resultant inflation. The price of goods rose 400%, causing a price revolution and a tax revolution.

Although Spain enjoyed a flood of gold and silver from the Americas at this time, the increased wealth went straight into Philip’s war efforts. However, the 100,000 troops were soon failing to return sufficient spoils to Philip to pay for their forays abroad.

In a final effort to float the doomed empire, Philip issued government bonds, which provided immediate cash but created tremendous debt that, presumably, would need to be repaid one day. (The debt grew to 8.8 times GDP.)

It is important to note that, even as the empire was collapsing, Philip did not suspend warfare. He did not back off on taxation. Like leaders before and since, he instead stubbornly increased his autocracy as the empire slid into collapse.

Again, the events above are not taught to schoolchildren as being of key importance in the decline of empires, even though they are remarkably consistent with the decline of other empires and what we are seeing today. The very same events occur, falling like dominoes, more or less in order, in any empire, in any age:

The above review suggests that if our schoolbooks stressed the underlying causes of empire collapse, rather than the names of famous generals and the dates of famous battles, we might be better educated and be less likely to repeat the same mistakes.

Unfortunately, this is unlikely. Chances are, future leaders will be just as uninterested in learning from history as past leaders. They will create empires, then destroy them.

Even the most informative histories of empire decline, such as The Decline and Fall of the Roman Empire, by Edward Gibbon, will not be of interest to the leaders of empires. They will believe that they are above history and that they, uniquely, will succeed.

If there is any value in learning from the above, it is the understanding that leaders will not be dissuaded from their aspirations. They will continue to charge ahead, both literally and figuratively, regardless of objections and revolts from the citizenry.

Once an empire has reached stage eight above, it never reverses. It is a “dead empire walking” and only awaits the painful playing-out of the final three stages. At that point, it is foolhardy in the extreme to remain and “wait it out” in the hope that the decline will somehow reverse. At that point, the wiser choice might be to follow the cue of the Chinese, the Romans, and others, who instead chose to quietly exit for greener pastures elsewhere.

The truth is, we’re on the cusp of a global economic crisis that could eclipse anything we’ve seen before. That’s exactly why New York Times best-selling author Doug Casey and his team just released a guide that explains what could come next and what you can do about it.. Click here to download the PDF now.