How Close Should Your Wealth Be? 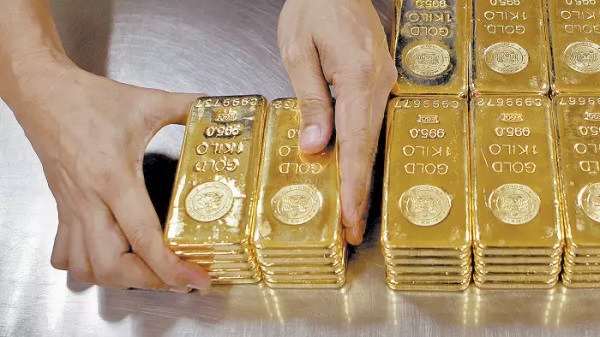 Recently, an eminent gold advisor, whom I know and have a high regard for, stated that holders of precious metals would be well served by keeping their metals in a remote location, saying, “Distance equals security.” (He lives in the US and recommends storage in New Zealand, as it’s as far away from him as possible.)

Another prominent metals advisor, whom I also know well and respect, contacted me after the release of this statement to say that he doesn’t necessarily agree with the idea, even though he himself stores gold in a country outside his own.

So, what’s the real answer? Is the investor better off keeping his metals as close to home as possible or as far away as possible?

Keeping your precious metals as close to you as possible is the ideal. You unquestionably maximize your control over them by having them within arm’s length. But there’s a caveat: This works only as long as safety can be achieved and maintained.

The old idea of “midnight gardening” – keeping metals in a box buried in the back yard – is regarded as primitive, but conceptually, it’s quite a good one. I’ve often advised people to keep a stash of wealth at home. Granted, a box under the rosebushes has its disadvantages and a more sophisticated choice might be a home safe.

A home safe is costly to install but absolutely worth the expense. Hopefully, you’ll be handy enough to install it yourself, as you won’t wish to trust workmen with the job.

You’ll want to prepare yourself by having some of your wealth (however great or small) in gold bars or coins, plus some silver coins or rounds. These latter items annoyingly take up more space than gold, platinum, etc., but should a currency crisis occur, as appears very likely, you’ll have a stash of coins that are worth about $25 each (at current value) as spending money. In any economic crisis, precious metals quickly rise in popularity as being “real” money, and soon, even your grocer or gas station attendant will know what an ounce of silver is worth.

This is likely to work well in a crisis, but your salvation would be brief, as it would only take a period of weeks before your neighbours – who are holding only worthless paper bank notes – begin to realise that you’re the only guy in town who has something of real worth. They will not think fondly of you as you become the only one in the neighbourhood who repeatedly is able to secure essential goods, when they cannot.

Therefore, this security is only a temporary condition.

The second concern will be that, your government, if it’s the EU, US or Canada, has already passed confiscation laws. Historically, countries that are in the throes of monetary crisis almost always institute protective tariffs, then currency controls and confiscations.

This means that, if you live in one of the above jurisdictions, you can expect sudden implementation of controls that would disallow your ability to use precious metals as currency and/or result in confiscation.

In the latter scenario, the precious metals you have would be taken from you unless you hide them, making you a criminal. Either way, you’d be robbed of your ability to use your wealth.

Therefore, you’d want to possibly keep a small amount (say, $5,000–10,000) in silver for emergency use, but no more. Your real wealth would need to leave the jurisdiction prior to the implementation of controls.

So, does that mean that it’s beneficial to send your wealth as far away as possible? Well, not necessarily. What you’d want to do is find the safest jurisdiction. There are several in the world, so you’d pick the one that’s closest, not the one that’s furthest.

Well, then, what constitutes the ideal safe haven?

In such jurisdictions, the wealth and power of political leaders is based upon satisfying international investors. If they were to suddenly betray investors, their power would evaporate in the amount of time it would take for investors to transfer their wealth out of the former haven. (In today’s world, that often means a keystroke on a computer.)

This is not to say that there’s a guarantee of safety anywhere in the world. There isn’t. The idea is to select the safest of all jurisdictions, where loss is the least likely. The reason for expatriating wealth is as simple as:

To sum up, ideally, you want all your metals at arm’s length, where you can grab them if necessary. You only push them further away to attain greater safety, but no further than necessary. After all, you still want to get to them as quickly as possible.

Once a crisis is under way, it quickly becomes impossible to expatriate wealth.

However, if you’ve previously successfully expatriated your wealth, all you need do is move to where your wealth is waiting and sit out the crisis.