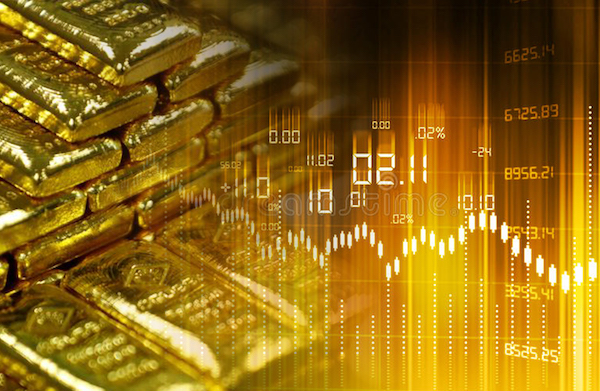 Editor’s Note: The US government has unleashed trillions of dollars of stimulus with no signs of stopping, while governments around the world have instituted restrictions on travel, businesses, and more. These trends are favorable for the price of gold. But why hasn’t gold responded?

International Man: In a time of unprecedented worldwide money printing, it would seem to be the perfect environment for gold to soar. But instead, gold has stagnated recently. Why hasn’t gold responded to what should be an incredibly favorable atmosphere?

Adrian Day: Correct. Massive excess liquidity is a positive for gold, other things being equal. Unfortunately, other things are not equal. In particular, this year has seen both long-term interest rates move up and the dollar rally, both of which are negative for gold.

The result was that gold had its worst start to a year in three decades, and for the quarter, it was down almost exactly 10%; silver fell 7.5%. This is unusual for what is traditionally a seasonally strong period. It has rallied strongly so far this month, however.

This should be put in context. The gold price is back to where it was last June and remains up a reasonably healthy 14% since the beginning of last year.

I think we are simply seeing normal market action. After an incredibly strong move in the first half of last year—over 40% from the low in March to early August—gold is simply taking time to consolidate. The more dynamic the move, the longer the correction. In fact, I would argue that gold holding above $1,700 in the face of dollar strength and rising yields is actually quite positive and a sign of a slow shift in sentiment and coming turn in the gold price. The negative sentiment, evidenced by the outflows from gold ETFs, means that gold increasingly is held in strong hands. When the move comes, it could be a strong rebound.

International Man: Interest rates have been rising recently. What is the relationship between gold and rising interest rates?

Adrian Day: Rising interest rates are negative for gold; since gold has no yield, higher rates elsewhere make it comparatively less attractive. It is real yields that make for the nominal rate less the rate of inflation are important, however. And despite a very strong move up in long-term yields—on the 10-year Treasury, they have tripled to the current 1.7%—real yields remain at zero. With inflation rising in recent months, rates at this level are likely to be negative for the period ahead. Input costs are up across the board, and companies, from General Mills to Kimberly-Clark, have warned of higher prices ahead.  It is also worth noting that while yields at the long end have moved up, they remain down at the short end. If the bond vigilantes push yields up too much, the Fed is willing and able to follow other central banks around the world and suppress long-term rates.

International Man: If we see a meltdown in the stock market, how will gold and gold mining stocks fare?

Adrian Day: A lot depends on what kind of market decline we experience. If the stock market has a sharp drop, such as in 1987, 2008 or March of last year, then everything drops, and often gold stocks initially fall more than the overall market does. But equally, gold stocks can be the first to recover and among the strongest. Certainly, we saw this last year. After a 33% drop in six days (basis XAU Index), gold stocks were at new highs within a month and had rallied 130% within four months. In 2008, the gold stocks had doubled from the October sell-off before the S&P had even bottomed.

The extent to which gold stocks fall with the market depends to a large degree on how much they participated in the previous market rally as well as their valuations. In 1987, 2008 and last year, they had been strong leading up to the market crashes, though valuations last year, in particular, were not high.

Typically, also, after a market crash, central banks pump liquidity into the system, and that is positive for gold.

International Man: What is your outlook for gold for the rest of 2021?

Adrian Day: I am bullish. The central factor affecting the gold price is liquidity, and there is no question that that is positive and unlikely to change. The concern about rising interest rates is overdone, as discussed above.

The biggest headwind for gold right now is the rising dollar. The widely touted dollar rally has recovered about two-thirds of the decline since Biden was elected president. Because the U.S. economy looks set to reopen sooner than many other countries, and because the yield differential with other major economies has widened, the dollar could rally more in the near term. But massive unfunded spending will widen the budget deficit, while a U.S. economy recovering before other economies will mean increased demand from the U.S. for foreign goods, widening the trade deficit. These twin deficits will likely see the dollar resume its trend downwards over the course of the year.

Sentiment has been extremely weak, with large, consistent outflows from bullion ETFs. Generalists have exited gold-stock positions as quickly as they jumped on board last spring. This is a positive, since it means that gold is now largely in strong hands, and when a turn comes, the price action could be very strong.

Editor’s Note: In this rare message, legendary gold investor Doug Casey shows you the secret to how he invests and the most lucrative “insider” way of multiplying your gold mining stock returns.