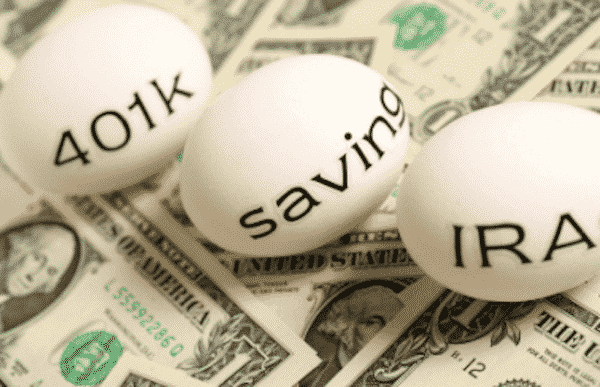 Fast forward to today. The average CD now pays less than 1%. That means you would now need at least $6,000,000 in retirement savings to generate that same $60,000 in annual income—six times as much as would have been needed back then.

There’s no question the Federal Reserve’s artificially low interest rates have eroded the quality of life for savers and retirees.

What do you make of all this?

Doug Casey: It’s one thing to compare today’s yields to what they were a few years ago. But if we go back to the early 1980s when CDs were yielding on the order of 15%, the situation is even more distorted. What happened 40 years ago is ancient history to a lot of newbies in the market, but it’s important—unless you’re a day trader. And day traders almost always wipe themselves out.

After a decades-long decline, rates reached lows just after the end of WW2, then all-time highs in the 15–18% area in the early ’80s. And they’ve declined ever since to new all-time lows. Interest rates—entirely apart from what central banks do to manipulate them—move in very long cycles. They’re now back on the way to new all-time highs—for many reasons.

One thing that surprises me is that there haven’t been massive protests from retirees about the lack of income they’re getting on their CDs, bonds, and the like.

I suspect they’ve all been sucked into the stock market bubble. Who cares about yield when your stocks are going up 15%+ per year?

International Man: Many savers and retirees have made up the difference by investing in riskier assets, like stocks. The stock market keeps hitting new record highs, and so far it has worked out well.

But it’s really the Fed’s currency creation and easy money that’s pumping up the stock market, and that can’t go on forever.

Doug, you’ve sounded the alarm about a coming economic crisis of historic proportions.

What does all this mean for saving for retirement?

Doug Casey: You’re quite correct. I hate to sound apocalyptic, but it’s actually much worse than just a stock market correction.

The stock market has been going up, but not because the economy’s booming and everything is rosy. It’s going up because—even now as we speak—of the Fed’s massive “quantitative easing” policy. Money printing. The Fed is buying hundreds of billions of dollars in government debt every month. They pay for it with newly created dollars, which they deposit in the government’s accounts at commercial banks. The government uses the money to pay its bills—mainly welfare and warfare.

Massive quantitative easing, or money printing—I’m amazed at how slavishly everyone adopts their euphemisms—started in 2008 to keep major banks, brokers, and insurers from going under. In those days the money was used to directly bail them out. It’s continued ever since, but mainly to fund the government’s deficits. Why? Because the Chinese, Japanese, Russians, and others are no longer buying US debt—they’re selling it. So the Fed has to buy it.

That flood of money has found its way into the stock market, the bond market, and real estate markets—all these things have ballooned.

Perhaps people aren’t complaining because they’re heavily invested in mutual funds, stocks, and ETFs—they’ve been going up, and so people aren’t worried.

What’s going to happen to these people when interest rates do finally start going up?

Now, you might think that’s great for people with short-term paper. But if interest rates double, the price of bonds will be cut almost in half. 10-year bonds are now yielding around 2%. At the beginning of this bond bull market, they were yielding over 15%. Remember that bond prices fluctuate inversely with interest rates.

But we’re facing problems with more than just asset prices. Eventually, and by that I mean soon, all this newly created money will seep into consumer prices. So, at the same time their financial assets are going down, their cost of living is going to go up.

We’re sitting on a financial and economic powder keg, and the fuse is lit. The Fed’s experiment in money creation will result in a massive explosion.

International Man: What are your thoughts on the concept of Social Security? And what will happen to it in the future?

Doug Casey: Social Security was a so-called “pay as you go” Ponzi scheme from the very beginning. It has always relied on more contributors at higher rates to keep it going.

It’s actually antisocial insecurity. The forced extraction of money out of people’s paycheck has two effects.

Number one, it makes the public think that they really don’t have to save, because Social Security is going to be there to give them a proper retirement.

Number two, it makes it harder for them to save on their own. It started out at 2% to a max of $3,000 of income. But today, roughly 12% of earnings up to $137,000—$17,000—comes out of the employee’s pocket. Half of that is not even tax deductible. That makes it hard for people, especially with lower incomes, to save on their own. Since the ’80s, Social Security benefits have been taxable. It’s a horrible program from all points of view.

But it’s much worse than that, because all that Social Security money has always been invested in government securities, which are not really assets. They’re a financial liability of a bankrupt government.

There is no “lockbox”—a term its supporters once used—where those dollars are put aside. The money goes straight into general spending. It’s a giant swindle, a Ponzi scheme of giant proportions. It’s going to end badly.

If you were going to have a government social security program—which you should not have—it should at least be the property of individual account holders. An IRA-style account that can be invested into productive businesses, real assets.

As it is, Social Security is just a gigantic welfare program dependent upon the solvency of the US government. As things get worse, I expect only the indigent will still get their benefits.

International Man: Retirement savings are always a juicy target for governments in need of cash.

In the US, there are over $9 trillion in individual retirement accounts (IRAs) and over $7 trillion in 401(k)s.

Are retirement savings in the US at risk? Would a potential socialist president look to loot them?

Doug Casey: They’re completely at risk, because poor people don’t have retirement savings and rich people tend to have a lot.

Outright confiscation is a longshot. When the going gets really tough, perhaps they’ll require all or part of IRAs and HR-10s to be placed in government securities. The argument will be that they’re “safer” and that lending the government money is patriotic.

It’s important to remember that the prime directive of all entities is “survive.” It doesn’t matter whether we’re talking about an amoeba, a man, a corporation, or a government. Nothing, therefore, is off the table.

International Man: With all this in mind, what can the average person do to save for retirement?

Doug Casey: It’s a real risk being in the stock market right now. It’s overpriced, driven up by record amounts of new money being created, record low interest rates, and trillions of corporate dollars being used to buy back stock. None of these things are sound fundamentals. Stock buyers could easily lose 50% or more and not get it back within their lifetimes. People forget that when the market crashed in 1929, investors weren’t even until 1954—and then it was in dollars that had lost half their value.

Is a credit collapse such as the one we had in 1929 possible today? The Fed and other central banks will try to prevent it by printing ever larger amounts of money, but it could happen. There’s vastly more debt now than there was then.

It’s perhaps an even bigger risk for bonds. I call them a “triple threat to capital.” Interest rates are certainly going up. The currency they’re payable in is certainly going down. And the risk of default by many issuers is high and rising. It’s hard to imagine a more dangerous place for money.

For years we’ve been in an investment Twilight Zone, where there are no bargains. It seems impossible for absolutely everything to be overpriced.

So what do you do?

Since value is relative, something has to be cheap compared with other things. And indeed, that’s the case.

Commodities and commodity stocks in general, and mining stocks in particular. Nobody has any interest in them at all. In both relative and absolute terms they’re at around their lowest levels in history. That’s the good news from a buyer’s point of view.

The bad news is that it’s very hard to invest in that class of securities. That’s why neither Warren Buffet nor his mentor, Benjamin Graham, has ever considered mining stocks.

They’re too unpredictable from many directions. They’re not “growth” businesses.

Right now, I think, is an excellent time to speculate in them. I say that for many reasons that are too lengthy to discuss now. Perhaps in a future conversation.

It’s unfortunate that anyone thinking of putting aside assets for retirement is almost forced to speculate today, to avoid being crushed by taxation, inflation, societal debt, and government fiat generally.

I wish I could just say, “Produce more than you consume, save the difference, and you’ll be just fine.”

But that’s not the case—things are much more complex today. That being the case, if you’re talking about preserving wealth and saving, I think that you ought to be buying the monetary metals right now.

Gold and silver are the only financial assets that are not simultaneously somebody else’s liability.

It’s true they’re no longer at giveaway prices we saw in 2001, when both gold and silver, in real terms, were selling for less than they were before 1971, when the price of gold was controlled at $35 an ounce. But they’re reasonable values right now. And we’re still in the early stages of what should be a big and long-lasting bull market. Gold last peaked in 2011 at $1,900, and it’s going way beyond that, in my opinion.

You should be buying a lot of both metals, and at least a portion of the metals you buy should be stored outside of the US—because the government’s capable of absolutely anything.

The world is full of risks today, and there aren’t a lot of intelligent alternatives. But owning physical gold and silver is one of them. And speculating in depressed mining stocks, though risky, is another one.

Editor’s Note: Unfortunately there’s little any individual can practically do to change the trajectory of this trend in motion. The best you can and should do is to stay informed so that you can protect yourself in the best way possible, and even profit from the situation.

We think everyone should own some physical gold. Gold is the ultimate form of wealth insurance. It’s preserved wealth through every kind of crisis imaginable. It will preserve wealth during the next crisis, too.

Most people have no idea what really happens when a currency collapses, let alone how to prepare…

How will you protect your savings in the event of a currency crisis? This just-released video will show you exactly how. Click here to watch it now.