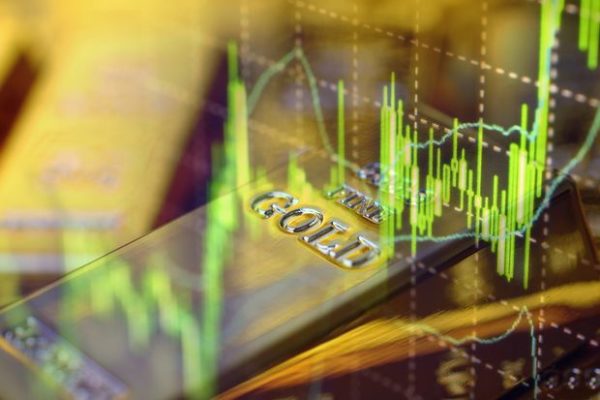 If you could design the ideal business structure, it would look nothing like mining, where there are large upfront costs, many years before any revenue, and a highly cyclical product that determines the type of revenue. Having built your factory (in this case, the mine), you know it cannot simply be moved if the host government gets too rapacious. And lastly, every time you sell one unit of your product, you have to go out and find another one; it’s a depleting asset.

Perhaps the most serious challenge for mining companies is their difficulty in replacing the ounces or pounds that they mine. And it is a challenge that is growing increasingly difficult.

Discoveries down even as output increases

Annual gold production has been increasing, from 2,280 metric tonnes in 2008 to 3,300 in 2019; this is a long-term trend, with about 1,250 metric tonnes produced in the mid-1970s. (The latest number equals a little over 106 million ounces.) Final numbers have not yet been reported for 2020, though production will likely be down by about 3% to 2017 levels because of mine shutdowns last year due to COVID-19 restrictions. The increase in production has been trending higher for decades but has shot up in recent years as companies went for growth.

It is important to emphasize that the discovery rate does not go up or down with the gold price—the year 2011, the prior high for gold, saw a tad over 40 million ounces found—while mining companies around the world continue to spend big bucks exploring ($4.3 billion in 2019, the last year reported, compared with $3.4 billion in 2016).

Will get worse before it gets better?

You do not need a PhD in mathematics to see the problem. The global industry is not replacing the ounces it is mining, not by a long chalk, and the situation is clearly unsustainable. By saying the situation is unsustainable, it does not mean that it is necessarily permanent. New locations and new technologies will replenish the supply of gold (and other resources). In the future, we may see asteroid mining or extraction of minute particles (parts per trillion) from seawater.

We can foresee another two or three years of growth before a perceptible and steady decline in global production takes hold. We can see this because of the average time lag from discovery to production and the sharp decline in discoveries starting in 2006 to 2007. If you are not discovering it, you can’t produce it!

With discoveries falling, so, too, are the gold reserves held by mining companies. This is true for the industry and for almost all individual major mining companies. There has been an 18% decline in the reserve base for major miners in the last four years, despite a higher gold price.

Reserves at Newmont, the world’s largest gold miner, for example, have dropped from 166 million ounces in 2012 to just over 94 million ounces at the end of 2020. (Newmont’s numbers include the reserves they acquired when they bought Goldcorp at the beginning of 2019; the 2012 number is a pro forma number for both companies combined.) Companies announce their reserves on a year-end basis, and based on what has already been reported, it appears that the industry suffered an 8% decline from 2019 numbers.

When the price of gold moves up and companies determine their reserves at a higher price, more ounces can be brought into reserves from the resource category, but it is not a direct correlation. Resources that are not-economic at, say, $1,200 may still not be economic at $2,000. The last four years demonstrates this very well. Despite a higher gold price, not much was added to reserves without additional drilling.

Grade is more important than price in figuring reserves, and mine grades have also been falling, partly, but only partly, due to high-grading in the lean years. Expect the mine grade for 2020 to be about 90% of the reserve grade, down from 98% in 2019. Not everything in reserves gets mined. It should be noted that, given the long-term nature of projects and the cyclical nature of prices, senior companies tend to be cautious in raising the price they use to calculate reserves. Newmont (above), like Barrick, Agnico, and Kinross, uses a very conservative $1,200 an ounce, the same price they used for 2019 reserves.

Although the situation is unsustainable, companies are not running out of reserves anytime soon. The 12 largest gold mining companies have an average of 16 years’ worth of reserves at current production levels. (Zijin, with 33 years’ worth, is an outlier and distorts the average.) However, significantly, almost 60% of reserves added in the last decade have come from mergers and acquisitions and not from discovery. This adds to the reserves of an individual company but, of course, does nothing for industry-wide reserves.

The inability to find ounces to replace produced ounces has some consequences—and opportunities—for investors.

Increased M&A activity is inevitable in this industry unless companies are going to deliberately shrink, and even if the “growth at any cost” mantra is a thing of the past, few companies in any industry want to deliberately shrink their business. Initially, M&A activity will focus on production and advanced development of assets, but as the price of gold continues to increase and the shrinkage in production and reserves becomes more acute, companies will focus further down the food chain, that is, the early-stage discovery and exploration companies.

The last few months have seen an increase in activity, including in a couple of acquisitive Australian companies and the recent acquisition of Premier Gold by Equinox. These transactions normally come with healthy premiums on the target’s stock price, making them rewarding investments. In the case of Equinox, they include most of the producing and advanced projects, and other assets, mostly in exploration, are retained by Premier’s shareholders. Recent M&A has tended to have a more rational, unlocking value than some of the activity we saw earlier. We will see more of this as the market advances, and investors can position themselves by buying some of the better, smaller producers now.

Covid-related travel restrictions have limited on-site due diligence, but I suspect there are various transactions at various stages on the drawing board. These will include potentially more “mergers of equals” at the top, but most of them will be acquisitions of smaller producers at modest premiums or acquisitions of individual projects from smaller companies as larger premiums.

I rarely buy a stock just because I think it might be taken over. Rather, if you focus on buying companies with good assets selling below their value, you simply are better positioned for takeovers.

Editor’s Note: In this rare message, legendary gold investor Doug Casey shows you the secret to how he invests and the most lucrative “insider” way of multiplying your gold mining stock returns.