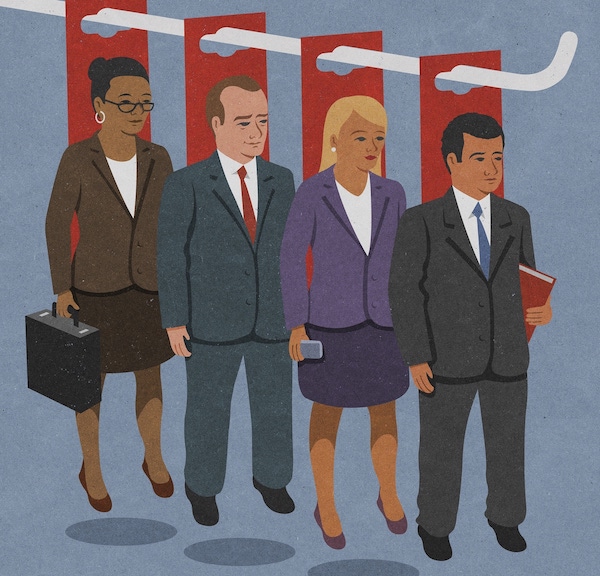 A half-century ago, the US was the envy of the world – the Land of the Free, where virtually anyone could prosper, if he were willing to roll up his sleeves and work.

America was made great through the immigration of those who wished to pursue the American dream of “work = personal success.” It’s important for us to remember that those who were less ambitious remained in their homelands and helped their countries stagnate, whilst their worker-bee counterparts colonised America for generations.

Not so, today. Whilst there are certainly those who move to the US to pursue the original American dream, far more go there due to the promise of governmental largesse. Welfare, free health care, free education, etc., now attract those very same people that stayed behind in previous generations – those who made little or no contribution to the economy.

This, of course, degrades the economy itself, as citizens, new and old, are encouraged to consume entitlements rather than work.

Of course, the critical ingredient in the Land of the Free was the Free Market – the system under which individuals and companies had the ability to make their business decisions based upon what was most profitable.

Again, this was all a part of the free market. A free market will invariably benefit from those who are the most capable, regardless of race, gender or ethnicity.

What a free market does not thrive on is governmental force. Force is the antithesis of freedom, and the more force, the less the freedom, until, eventually, the free market collapses under the weight of governmental interference.

In recent decades, political correctness arrived on the scene. It has done a fair bit to degrade the free market in the US, but it should not be mis-defined as force. It has functioned through coercion. Coercion is not force, but it’s often a precursor of force.

Historically, whenever a coercive social trend can be firmly established, it’s likely, at some point, to morph into legislated force.

So, will “diversity” grow legs and become enforced under law?

Well, right on cue, the Illinois State Legislature has passed a bill that mandates that all publicly traded companies have a woman and an African American on their board of directors by 2021.

Of course, in the modern world, it’s quite common to see boards of directors with both women and minorities, so why would this be a problem?

And if the “one woman, one African American” on corporate boards smacks of legislated tokenism, it is not. In creating the legislation, committee members expressed the goal to increase the mandatory number of women on any board to half within a few years. This reveals that the objective is to control the entire board, based upon forced diversity.

And in order to make clear to corporations that the State has taken over the power to determine the makeup of boards, the fine for failure has been set at $300,000 per infraction.

As yet, there’s no demand as to broader political correctness on boards, but the passage of this bill invites lobbying by others seeking political correctness. It can therefore be expected that other minorities (Hispanics, Asians, Native Americans, etc.) take their “rightful place” in corporate America. And the LGBT lobby can be expected to make their own demands for equality on company boards at some point.

Of course, natural diversity can only be healthy. The best and brightest, regardless of race, gender, ethnicity or sexual orientation should always be sought by corporate boards. This ensures future profitability. The more diversity, the greater the scope of the board.

Again, the problem here is not diversity, it’s forced diversity. Forced diversity puts the emphasis on those aspects of an individual that are not related to ability or experience. That, in turn, increases the likelihood of business failure by forcing companies to regard political correctness more highly than businesslike choices. And in doing so, it additionally violates the property rights of the shareholders.

Is Illinois Bill 76 an announcement that corporate freedom in the US has come to an end? No, but it’s certainly more than just a symptom of a problematic future for American business. It’s one of many building blocks for a collectivist ideal – the concept that “Government must control the means of production.” In this regard, the bill is only one of many that are being passed.

Of course, it’s understood that a liberal government will lean toward collectivism and a conservative government should theoretically lean toward a free market. But this is not what we’re witnessing. Both principle political parties in the US are contributing to the move toward collectivism. The former liberal and conservative parties have morphed into the liberal and liberal-lite parties. As Judge Andrew Napolitano has said, the Democrat and Republican parties are merely “two wings of the same bird of prey.”

Roughly half of Americans will regard this new law as an advancement of cultural diversity. But corporate boards are not petting zoos, in which the objective is to collect one of every possible variety of people. An effective board is made up of the best and brightest regardless of similarities or differences.

The US is quickly moving away from that principle and, as such, will pay the price it has been paying for several decades, as productivity continues to exit the US. The country that was once the world’s greatest supplier of goods will, increasingly, fall under the domination of those countries that retain productivity as their central goal.

It’s contributing to a growing wave of misguided socialist ideas.

That’s exactly why Doug Casey and his team just released this new video outlining what it’s all about and what comes next. Click here to watch it now.