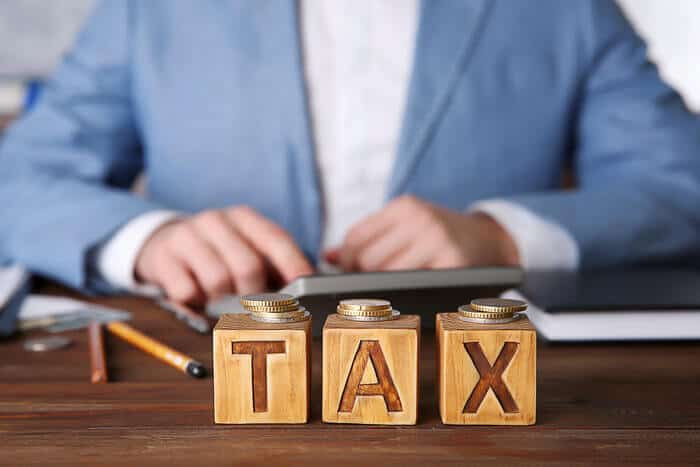 If you have any foreign partnerships, then you will likely need to file Form 8865.

As readers of this site know, the United States taxes its citizens (including expats who live and work abroad) and legal permanent residents (LPRs) on their worldwide income.

No matter where in the world your income is derived, the US government wants its piece, and it gets what it wants through a system known as “citizenship-based taxation.”

Whether or not this is moral is an argument for another time, but until it changes, those working under this burdensome taxation system must comply with all its rules or face the consequences of non-compliance. Such consequences can include stiff monetary penalties or even criminal charges.

One such reporting form is Form 8865, “Return of US Persons With Respect to Certain Foreign Partnerships.” Expats and LPRs who are a partner in, or have an interest in certain foreign partnerships must file this return annually.

If you want more general information about tax planning for six- and seven-figure international entrepreneurs, check out our page on tax reduction.

What is a Partnership?

Before we dive into Form 8865 itself, let’s first take a look at how the IRS defines the term “partnership.”

The IRS defines a partnership as “the relationship existing between two or more persons who join to carry on a trade or business. Each person contributes money, property, labor or skill, and expects to share in the profits and losses of the business.”

Unlike corporations, whose profits are taxed separately from its owners, a partnership is a “pass-through entity.” In tax-speak, this means that the partnership itself does not pay any tax, but the profits are passed through to the individual partners who then report it on their personal tax returns.

As such, a foreign partnership is a partnership that has not been created or organized in the US, meaning that it is outside of the jurisdiction of US law, but it is still considered a “pass-through entity” for US tax purposes.

Therefore, due to the US system of citizenship-based taxation, expats and LPRs involved in a foreign partnership are required to report the activity of that partnership to the IRS, and they are taxed on their share of the partnership’s income.

In addition to understanding what a partnership and foreign partnership is, you should also understand a handful of other important terms that the IRS uses on Form 8865.

The IRS calls a US person other than a domestic partnership a “US Transferor.”

This term refers to a property that is contributed to a partnership that is taxed as a built-in capital gain. For instance, of a corporation goes from “C” status to “S” status, property that it transfers for five years after this changeover carries “built-in gains,” which are taxed at 21%.

If you are not familiar with capital gains and how they are taxed, this Investopedia article may be helpful.

A partner’s interest in a foreign partnership can change as a result of changes in other partners’ interests (i.e. if a partner withdraws).

Acquisition of a foreign partnership occurs when a US person acquires a 10% or greater direct interest in the partnership either by buying 10% in one transaction or acquiring additional interests to equal 10% or more.

Disposition refers to when a US person, after disposing of all or a portion of their partnership interest, owns less than a 10% direct interest or has decreased their existing direct interest by at least 10% (e.g. reducing total interest from 21% to 11%).

For the most part, you will likely need to file Form 8865 if you are a US person who is involved in a foreign partnership. However, there are some exceptions to this if you do not qualify under the form’s categories of filers.

For example, in general, Form 8938 is used to report specified foreign assets, which typically include foreign bank accounts or foreign stock. If you do own an interest in a foreign partnership, you might report using this form, but if you meet the requirements of one of the four specific categories of partnership interest holders as defined on Form 8865, you would file Form 8865 in lieu of Form 8938. 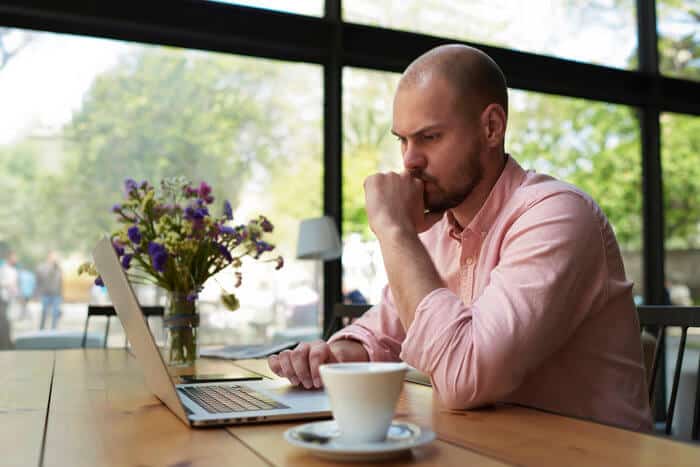 If you qualify under certain categories, then you will need to file Form 8865.

To determine whether you must file form 8865, you need to see if you fit under one of the form’s four categories. If you fit more than one category of filer, you will need to submit all required schedules for each category in which you qualify.

Because there are so many schedules that could be included and multiple categories of filers, you should consult a tax professional that specializes in expat and offshore taxes prior to completing your yearly taxes.

These four categories of filers are as follows:

If either of these two scenarios apply to you, then you must file Form 8865 under category 1:

To qualify under category 2, you must be a US person who owned a 10% or greater share of interest in a foreign partnership (while the partnership was controlled by US persons who each owned at least 10% of the partnership) during the current tax year.

However, if one of the US person owners had to file under category 1, then no person involved in the partnership will be considered a category 2 filer.

A Category 3 filer is a US person who – during the current tax year – contributed property to a foreign partnership in exchange for a share of interest in the partnership (a section 721 transfer) if:

A Category 4 filer is a US person that had a reportable event related to a foreign partnership during that person’s tax year. Reportable events include acquisitions, dispositions, or changes in proportional interest.

What Information Must You Include on Form 8865?

The other nine schedules are virtually the same as those required for US Form 1065, “U.S. Return of Partnership,” so Form 8865 instructions direct the filer to use the specific instructions for the corresponding schedules of Form 1065.

As with most foreign financial interest and tax reporting forms for the IRS, you must report the “functional currency” of the partnership, i.e. that currency in which it conducts its day-to-day business, but on the return, you must convert your results into US Dollars.

When translating functional currency to U.S. dollars, the average exchange rate for the taxable year should be used for conversion. The IRS has no official exchange rate, but in general, it accepts any posted exchange rate that is used consistently.

However, they provide links to some resources, which could be construed as tacit approval of such sources. These include oanda, x-rates.com, xe.com, and the US Treasury Department’s own currency exchange rate page. The Treasury’s page includes both current and historical rates.

In order to properly file Form 8865, you should attach it to your income tax return (or the partnership’s or exempt organization’s return) and file both by the due date (including extensions) for that return. Keep in mind that partnerships often operate on a fiscal year basis rather than a calendar year basis.

Penalties for Failure to File

As with most tax forms, the penalties for failing to file Form 8865 can be quite severe. 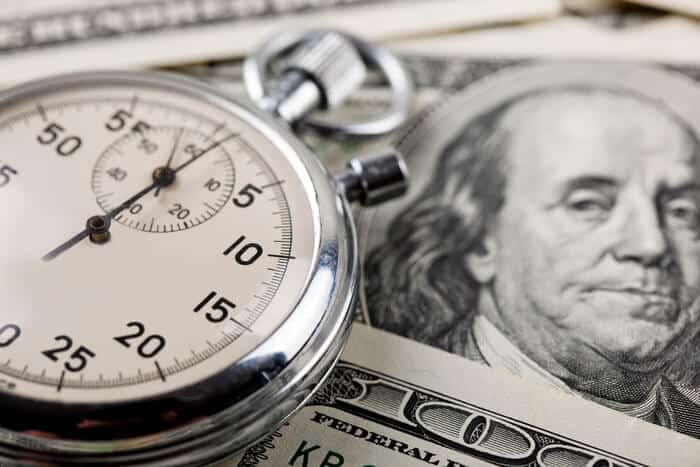 The IRS doesn’t take kindly to those who fail to file tax documents, so you should be sure to file Form 8865 in a timely manner to avoid severe penalties.

The penalties for failing to file Form 8865 are separated according to which category of filer you fall under. Penalties are dollar amounts that are sometimes combined with a percentage reduction of tax benefits, as follows:

Category 1 filers, too, can lose 10% of their foreign taxes available for credit with an additional 5% reduction for each three month period until compliance. Additionally, category 1 filers may be subject to criminal penalties for failing to file or providing false information.

Category 3 filers who fail to report a contribution to a foreign partnership may be subject to a 10% penalty, which is computed based on the Fair Market Value (FMV) of the property contributed. 10% may seem mild, but if the value of the contribution was $1 million, the penalty would be $100,000 – the upper limit of this penalty.

Category 4 filers must file Form 8865 for any “reportable event” which occurred during the tax year, including acquisitions, dispositions, and changes in proportional interest. As such, a $10,000 penalty is imposed for failure to report such events, and an additional $10,000 is added for every 30 day period after notice, which can add up to $50,000 maximum.

If you must file Form 8865, then you should keep abreast of recent developments in tax law – particularly laws like GILTI.

The Tax Cuts and Jobs Act (TCJA), which was passed in December 2017, included provision known as GILTI – or “Global Intangible Low-Taxed Income.”

GILTI is a new, 10.5 percent minimum tax to discourage US businesses from shifting profits derived from intangible assets such as patents, trademarks, and copyrights to foreign corporations and partnerships. Because Congress considered intangible assets highly mobile, they sought to discourage US firms from shifting these assets offshore with GILTI.

While corporations enjoy exclusions and certain deductions to mitigate the effect of GILTI on their worldwide income, partnerships do not because they are pass-through entities, so any GILTI income will be passed to partners based on their percentage interest. So, in turn, they must include it on their individual income tax returns.

GILTI income is subject to ordinary federal income tax rates (rather than capital gains rates, for example), so tax rates for GILTI can be as high as 37%.

The types of businesses that could be most affected by GILTI include those where profit is high relative to its fixed asset base, such as services companies, procurement and distribution companies, and software and technology companies.

Regardless of the type of business that you run, it is always recommended, that you enlist the aid of a specialist in international tax law as well as one versed in partnership tax law, both foreign and domestic to aid you in navigating GILTI and completing form 8865.

The Nomad Tax Team is our team of accountants and tax experts around the world. Together with our editor, they write about various tax laws, forms, and regulations every Nomad Capitalist should be aware of. If you’d like to work with us and our tax team, click here.