Following the Greater Depression on eBay 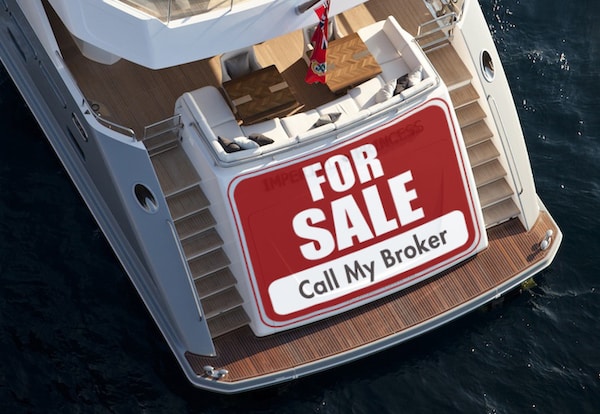 I’m often asked how I see the warning signs that allow me to gauge the timing of the coming economic crisis.

Although careful research into an economy can result in a relatively accurate prognostication, the timing is always the most difficult aspect to pinpoint.

However, a good indicator is to track how others within the economy are surviving the situation. This tells us much more than their questionable claims that they’re doing just fine.

One very telling way to do this is to follow their extravagances. In prosperous times, they’re likely to buy expensive toys. Then, as they increasingly feel the pinch, they’ll sell off those toys first, before resorting to selling their more essential possessions. For example, someone will sell off his beloved sports car before he sells the more essential family SUV. Or he’ll get rid of the vacation house before he puts his primary home on the market.

Therefore, an early warning that a people are facing financial difficulty is that they begin to offer such big toys for sale in order to continue to pay the bills. And an early warning that an entire economy is in trouble is when tens of thousands of people engage in such a sell-off. This is particularly true for those who bought their big toys with a bank loan.

Yachts are the first toy that most people will sell, since it’s pure luxury and a liability. A yacht has been defined as “a hole in the ocean that you shovel money into.” Quite so. They’re costly to maintain. And, of course, that’s why it’s prestigious to own one. Many people buy them to impress others, even if they can’t really afford them.

Yachts that originally sold for $500,000 have dropped to between $100,000 and $200,000 in the last few years. And they’re commonly available at those prices. That tells us that many owners who had been in the seven-figure income category are feeling the pinch and are trying to unload a toy that they still would like to keep, but they need the cash. They may not be broke, but they’re feeling squeezed by the times.

Notice that the drop in price is greater than for the bigger yachts, percentage wise. That tells us that, at present, this category of owner is being hit harder than his richer brother. But that can change at any time. Just keep an occasional eye on asking prices. Also bear in mind that there are more boat owners in the lower category than the higher category, so, all things being equal, the asking prices indicate which level of owner is being hit the hardest at any given time.

In order to check on the average guy who makes a five-figure salary, we look at those boats that are small enough to put on a trailer and park in the yard. The under-20-foot group have been hit hardest. A day sailer that cost $25,000 new may be offered for $5,000 or less, but there are almost no buyers.

Boats are a great indicator, as they’re often the first item to be let go. After all, even if they just sit there, they’re costing money to maintain.

But equally telling would be motorcycles. In the US, there’s a certain pride in a fellow buying himself a full-dress Harley Davidson Electra Glide. It might have cost him $25,000. But if he’s feeling the pinch – if inflation is costing him more at the grocery store, but his boss hasn’t given him a raise in two years, due to a stagnant economy – he’ll be pressed for spending money for essentials. Something will have to go if the bills are going to be paid. And the missus may tell him that the family SUV is more important than the bike, so it’s time to park the beloved Harley in the driveway and put a For Sale sign on it.

But what happens when an economic crunch becomes more prolonged? That’s when we can look down the street and see several Harleys with signs on them. How long do they sit? Have the prices been dropping? As the economy worsens, the owner begins to realise that buyers are fewer than they once were. He may drop his price to $20,000, only to find that others have already dropped theirs to $16,000. As time passes, he may drop to $10,000 or even $5,000 and still have no takers.

This, of course, was what happened in the Great Depression, when a beautiful new 1929 Packard Super 8 sold new for $2,400, but those who had lost their money in the crash lowered their prices over and over until some were being offered for $100.

And, often, there were no takers even at that price.

A periodic check of eBay can therefore provide you with a snapshot of the economy that’s not otherwise visible – how people are coping. This is information that, understandably, most people would not share and is certain never to appear on CNN.

But eBay is not the only inside source of the current state of the economy.

Do you have a good pawn shop in your area? Drop in once a month and note some of the prices. Ask a few questions. Even in a depression, a Fabergé egg would retain value, as it’s a true collectible. Those who remain wealthy in a crisis period will still be buying, and their tastes will be likely to run to fine art.

However, on the other end of the scale, you have “junk collectibles” – the items that were once thrown away, but are now collected by those who cannot afford a Matisse. A 1952 Topps Mickey Mantle baseball card in mint condition may fetch as much as $30,000 presently, but that price is likely to go through the floor in a depression… After all, it’s really only a piece of printed paper, not a Degas.

During a depression, such as we will soon be passing through, one of the greatest casualties will be luxury cars. In the Great Depression, new Cords, Duesenbergs and Pierce-Arrows were driven into barns and forgotten, as no one wished to be seen to be rich during a depression. In the 1930s, the wealthy drove Fords and Chevrolets, even though they could still afford their luxury car.

So there are two considerations here. The first is that the reader may choose to monitor the “hidden economic decline” by checking periodically on what toys the newly rich jettison on their way to becoming the newly poor.

The second is that the reader may wish to consider unloading his own luxury toys whilst a market for them still exists. He may love his Porsche Cayenne at present, but it may well become a liability in the leaner times to come. Sell it while it’s still salable.

And one last take-away: If you’ve always wanted to own a 35-foot sloop, but couldn’t raise the $150,000, they’ve already dropped to the neighbourhood of $40,000 and that’s by no means the bottom. The bottom comes after a crash, when owners that had not prepared for a crash find themselves in desperate straits.

When the day comes that the present owner can’t even afford the mooring fees and yacht yard costs, the price could go as low as a dollar.

In the meantime, those who liquidate their big toys now and move the proceeds into real money (gold and silver) will find that, after a crash, it will be a buyer’s market.

There’s an old saying that, “When no one has a farthing, the man with a penny is king.”

If you plan ahead, you may be that man.

Editor’s Note: Unfortunately, there’s little any individual can practically do to change the trajectory of these trends in motion.