FinCEN114: Everything You Need to Know 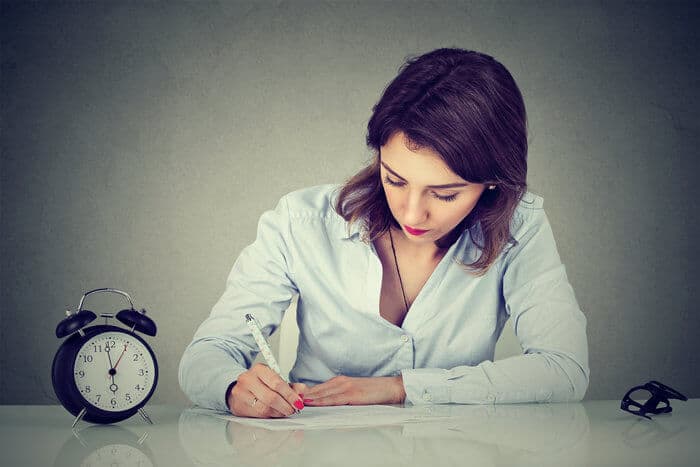 If you’re a US person with high-value foreign financial accounts, then you will need to fill out Form 114.

If you are a citizen (resident or non-resident) of the United States, green card holder, or resident alien who has a financial interest in or signature authority over a foreign financial account or accounts whose combined value is $10,000 or more in any calendar year, then you must file Form FinCEN 114: “Report of Foreign Bank and Financial Accounts (FBAR).”

FinCEN is the shortened name for the Financial Crime Enforcement Network. Like the IRS, it is a Bureau of the US Treasury Department and was created in 1990 to enforce the provisions of the “Bank Secrecy Act” (BSA), which was passed in 1970.

The purpose of the BSA was to aid the US government in tracking large, illicit deposits of cash and negotiable instruments used in money laundering schemes.

In later years, it was critical in the war on drugs by helping expose large drug trafficking operations. Some provisions of the BSA were amended by the Patriot Act to give the Treasury more bite in to thwart the financing of terrorist activities.

However, while the BSA was intended to root out money launderers, drug traffickers, and other illicit actors, its provisions also heavily impact US persons with legitimate offshore activities, and even if your activities are completely legal and above-board, you can face severe penalties if you fail to report them.

The following article will provide you with a brief overview of FinCEN 114 and related provisions. For more detailed information on FinCEN 114 and FBAR, check out our ultimate guide on the topic.

Anyone who owns foreign assets (or has signatory authority over them) and is required to file a US tax return must file an FBAR if the aggregate value of the account (or accounts) equals or exceeds $10,000 (the threshold established by the BSA) in any calendar year.

Foreign financial accounts include not only bank accounts, but brokerage accounts, mutual funds, trusts, or other types of foreign accounts, including some foreign retirement arrangements.

Any qualifying foreign account located outside of the 50 states, Washington, DC, US possessions, and tribal territories is considered a “foreign” account for FBAR purposes.

However, there are some notable exceptions to FBAR, including:

If your foreign financial assets are in another currency, then you will need to convert the value of that account into USD when you fill out Form 114.

The US requires that tax filings and informational forms reflect values in US dollars, not the foreign currency value of the account being reported, with the exception of some qualified business units (QBUs). A QBU is a separate and clearly identified unit of a trade or business that maintains separate books and records.

To properly complete the FBAR, you must determine an “account’s maximum value.” The maximum value is a reasonable approximation of the greatest value of currency or non-monetary assets in the account during the calendar year. Monthly or quarterly account statements provided by the foreign account’s financial institution should “fairly reflect” the account value during the calendar year.

Once you know an account’s maximum value, you must then convert it into USD if its functional value is a foreign currency. You may utilize the currency exchange rates maintained by the US Treasury’s Financial Management Service Rates to perform any conversion.

Through the above link, you can access current exchange rates, i.e. rates as of December 31st of the year immediately prior. Historical exchange rates are the rates from each quarter ending for the year immediately prior plus every quarter ending for prior years going back as far as 2001. Rates are included for just about every country from Afghanistan to Zimbabwe.

If no Treasury Financial Management Service rate is available, the taxpayer may use “another verifiable exchange rate” but must also provide the source of that rate.

If the country where your assets are based uses multiple exchange rates, you must use the rate that would apply if the conversion into USD took place on the last day of the calendar year.

How to File Form FinCEN 114

Form FinCEN 114 is not filed with the IRS. It must be filed electronically via the BSA E-Filing System website, where you can find line-by-line instructions. Once you access the electronic form, you will see this:

In Part I (Filer Information, tab #2), you will select what type of filer you are (individual, partnership, consolidated fiduciary, or other) and provide your US taxpayer ID or foreign identification number, name, date of birth, and address information. Also, in Part I, you must indicate if you are reporting more than 25 foreign accounts.

In Part II (Financial Account Owned Separately/Jointly tab #3), you will report the account’s maximum value (in USD) as defined above. Select the account type (bank, securities or other), the name of the financial institution, the account number, and the institution’s address.

Scroll down this same tab for Part III (Information on Accounts Jointly Owned) and complete this section if, for example, you and your spouse are joint holders of an account.

In Part IV (No Financial Interest Information, tab #4), complete this section if you have signature authority but otherwise no financial interest in the account(s).

Lastly, on tab #6, check box 44a, fill in your title, then return to the HOME tab to electronically sign the form.

From this tab, you have the opportunity to save and/or print the form. Once the validation check confirms there are no errors, the Ready to File button activates and you will be able to submit the form.

If you are a taxpayer with foreign assets, you may already be aware of Form 8938, “Statement of Specified Foreign Assets.” Filing Form FinCEN 114 does not mean that you won’t be required to file Form 8938 as well.

Individuals and domestic entities must check the requirements and relevant reporting thresholds of each form to determine if they must file Form 8938 or FinCEN Form 114 – or both.

Significantly higher thresholds of total asset value are required before you have to file Form 8938. These amounts vary and are dependent upon your filing status (single, married filing separately or married filing jointly) and whether you are a US resident or you are a taxpayer living outside of the US.

Form 8938 and Instructions can be found on the IRS website. 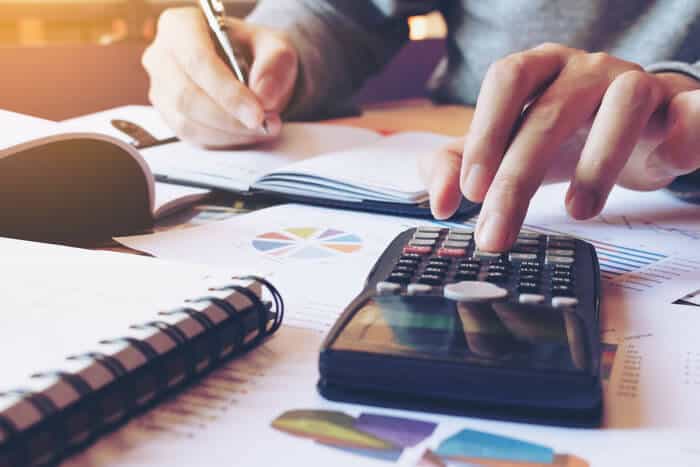 If you need to file FinCEN 114, then you should do so carefully to avoid mistakes and penalties, which can be severe.

If you need to file FinCEN 114, then you should be mindful of avoiding these common reporting mistakes.

The most common reporting mistakes is the failure to file. Not only could this subject you to penalties, but this mistake could actually trigger an IRS audit. Less than 1% of individual returns are audited, but in 2015, the percentage of audits for international returns was 4.3%.

The second most common reporting mistake is misunderstanding the $10,000 threshold. If an account (or aggregate of multiple accounts) is $10,000 at any time during the year – not just on the last day of the year – then FinCEN 114 must be filed.

The third most common reporting error is a failure to report Beneficial Ownership. This means that you have a financial interest even though you are not the owner of the record.

For instance, suppose a friend or family member agrees to hold $15,000 of your money in their overseas bank account. Though you are not the account holder, you have a “beneficial interest” in that holding and therefore are required to file an FBAR.

The fourth most common reporting error is the failure to report life insurance, retirement accounts, or other non-traditional financial accounts, which in addition to traditional checking and savings accounts include CDs, passbook accounts, investment accounts, futures or options transactions, mutual funds, or similar pooled funds.

The fifth most common reporting error is the failure to File by a US LLC, Partnership, Disregarded Entity or Estate. Corporations, partnerships, limited liability companies (LLCs), trusts, and estates formed or organized under the laws of the United States all fall within the definition of a US person required to file an FBAR.

Another common reporting error is spouses filing a joint FBAR when they are not actually permitted to do so. Under the FBAR rules, joint filing is allowed only in limited circumstances (see Page 6 of the FinCEN 114 instructions). To authorize your spouse or a third party to file on your behalf if joint filing is not permitted, you must complete and file Form 114a, “Record of Authorization to Electronically File FBARs.”

Finally, one requirement often overlooked is that a child is responsible to file his or her own FBAR report.

If the child cannot file due to age or other reasons, a parent or guardian may file on the child’s behalf. Separate authorization via Form 114a is not required under these circumstances as there is simply a checkbox on the Filer Tab of the FinCEN 114.

If you’ve decided that filing a FinCEN 114 is simply a nuisance, you’re in good company. In 2015, of the estimated 8.7 million US persons to be living outside of the United States, only 1.5 million filed FBARs.

But though the odds may “ever be in your favor,” it’s best not to tempt fate. The following tells the brief story of a taxpayer who thought she could get away with nondisclosure and had to learn the hard way that was not a wise choice.

In 2013, the IRS assessed school teacher Mindy Norman an $803,530 penalty for her “willful failure to file an FBAR in connection to the Swiss bank account she had in 2007.”

Norman had opened the account with Union Bank of Switzerland (UBS) in 1999. In 2008, UBS ceased to provide offshore banking services and notified customers “it would assist the US government in identifying US clients who may have engaged in tax fraud.”

Instead of cooperating with the bank, Norman transferred her money out of the account and neglected to report its existence as of 2007. When the Treasury had implemented its “Offshore Voluntary Disclosure Program” which offered taxpayers the chance to come clean, Norman chose not to take advantage of the program.

Instead, she simply filed amended tax returns and FBARs for 2003-2008,  which is known as “quiet disclosure” because she still failed to properly notify the IRS of the account’s existence.

For improper reporting on the FinCEN 114, a person could receive a civil penalty of $10,000 per violation. However, any person who “willfully fails to report an account or account information may be subject to a civil monetary penalty equal to the greater of $100,000 or 50% of the balance in the account at the time of the violation.”

In Norman’s case, the court deemed that she “willfully failed to file” and therefore was subject to the more severe penalty, 50% of her account balance, which was $800,000 at the time.

The IRS introduced offshore tax evasion initiatives in 2011 and ever since has been cracking down on international returns, which are audited at a significantly higher rate than domestic returns.

IRS Commissioner in 2012 Douglas Shulman, in an interview with the American Institute of Certified Public Accountants, stated, “We view offshore tax evasion as an issue of fundamental fairness. Wealthy people who unlawfully hide their money offshore aren’t paying the taxes they owe, while schoolteachers, firefighters and other ordinary citizens who play by the rules are forced to pick up the slack and foot the bill.”

At the end of the day, the US government takes anything that it perceives as tax evasion seriously, so you should take care to ensure that you file all relevant forms correctly.

The Nomad Tax Team is our team of accountants and tax experts around the world. Together with our editor, they write about various tax laws, forms, and regulations every Nomad Capitalist should be aware of. If you’d like to work with us and our tax team, click here.