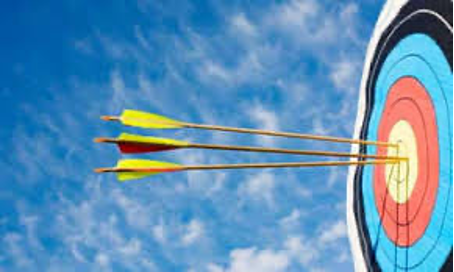 Imagine that it’s 5th August 1945 and you’re the only person in Hiroshima who knows that, the following day, the US will drop an atom bomb in your back yard.

It goes without saying that you’d choose the fastest form of transportation available to you and head out of the city as quickly as possible.

Where would you go? It wouldn’t matter very much. The goal would be to get as far as possible from Hiroshima, since you wouldn’t know how far out the damage would extend.

For many years, I’ve been advising people on what I’ve perceived as a coming economic crisis that would carry with it both a political crisis and a social crisis of epic proportions.

These three arrows would be concurrent, with each one exacerbating the other two.

Not surprisingly, many people have been either unwilling or unable to accept that such a major series of events might take place. However, the writing is now very much on the wall and even those who don’t really understand the crisis have a feeling in the pit of their stomachs that unfolding events will end very badly.

So, we’re at the Hiroshima moment – that brief time prior to the collapse stage of the crisis when it may still be possible to “get out of Dodge.”

And much like Hiroshima, the devastation will have its epicentres. They will be the major cities of those countries that will be most greatly impacted.

We can expect that New York City, London, Toronto, Tokyo, Melbourne and others will experience dramatic decline in quality of life. In fact, this is already under way and people have begun exiting the affected cities, not planning to return.

We can imagine these epicentres as the yellow bullseye in the image above. They represent the worst places to be caught in the coming years of crisis.

But like Hiroshima, the areas immediately outside the city will be the second-riskiest places to be. We might see them as the red ring on the target in the image above.

Well, the fact that some of the world’s most prominent cities will be the epicentre tells us that the countries in which they exist have devolved to the point that their economies are deeply in trouble.

Therefore, after an initial hit in the major cities, the remainder of each country will experience economic turmoil, which will generate political and social turmoil.

And again, this has already begun in such countries as the US, UK, Canada, the EU and Australia.

Therefore, those who were located in, say, New York, may have already left for perceived greener pastures in Colorado, Texas or Florida.

But this solution may well prove to be very temporary, as the same governments that created the strife in the cities will impact those who have sought to escape but who remain within the country’s borders. Also, these locations are now filling up with “refugees” from cities, who often find themselves unwelcome by longtime residents.

What locations, then, would constitute the blue band above – the next band away from the bullseye?

Well, that might be those countries that are not part of the former Free World, the host of countries that followed the US into prosperity after World War II, then followed it into destructive debt decades later.

They would be the countries that have existed on a lower economic tier – failing to get on the A-team, but still having ridden on the coattails of the US, via trade agreements.

Such countries would be heavily impacted by the collapse, but with less distance to fall. They would therefore not experience such dramatic change.

Such countries might include Mexico, Spain, Colombia and a host of others.

Then, even further from the epicentre would be the black ring – those countries that have taken on a minimum of trade and/or other forms of dependence upon the US and its main partners.

They would include Thailand, Uruguay and other far-flung “under-achievers.”

Uruguay, for example, imports only about ten percent of what it consumes and almost all of that comes from other Spanish-speaking countries. It also exports only about ten percent of what it produces. Whilst this has caused Uruguay to remain a sleepy little country with minimal dynamics, it has allowed it to sit out major events elsewhere in the world. (In the last century, it sat out both World Wars and the Great Depression.)

Therefore, those who recognize that their home country and its population centres may soon become less than livable, may find that, by moving to Cafayate, Argentina, Chiang Mai, Thailand, or Lake Chapala, Mexico, may dramatically decrease the odds of becoming a casualty of the unfolding crisis.

But there’s another, final ring on the target above: the white ring. This one goes one step further.

In times of crisis, wealth does not vanish. It simply changes hands and, often, geographical location.

Therefore, as wealth exits the more troubled countries of the world, it will gravitate to the less-troubled jurisdictions. As the old saying goes, “Money flows to where it’s treated best.”

When this occurs, the target jurisdictions will experience development, prosperity and trickle-down advances in social conditions. There will, therefore, be locations in the world that are on the rise, as other locations are in decline.

In the West, there are only a handful of jurisdictions that stand to rise as a result of the crisis. However, in Asia, there are many. Indeed, in each of the more productive countries of Asia, the mood on the street is one of opportunity. In Korea, Malaysia, Vietnam and others, the mood is buoyant. Asians fully understand that this is their century.

On any evening out with Asian businessmen, we find that the former perception of playing second fiddle to the West is gone, that the only obstacle remaining to Asians is China. Asian industrialists regard their main objective to be building up factories and exports to raise their position against their one great local rival.

Over the coming decades, Asia will be in a literal gold rush as nations compete to challenge China’s present lead.

The world is therefore a series of concentric circles of opportunity. The outer rings afford the greatest likelihood of prosperity.

Conversely, the closer the individual is to the epicentre of the crisis, the poorer his chances are to thrive in what is certain to be a period of dramatic change.

At such a time, it might be advisable for the reader to ponder which of the rings in the image above would best represent the one in which he presently resides and whether it might be advantageous or even necessary to choose another.