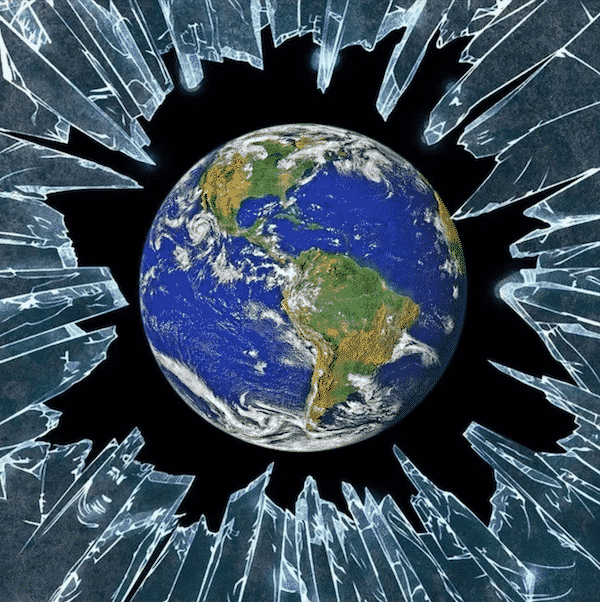 People believe the State is necessary and—generally—good. They never even question whether the institution is permanent.

My view is that the institution of the State itself is a bad thing. It’s not a question of getting the right people into the government; the institution itself is hopelessly flawed and necessarily corrupts the people that compose it, as well as the people it rules. This statement invariably shocks people, who believe that government is both a necessary and permanent part of the cosmic firmament.

The problem is that government is based on coercion, and it is, at a minimum, suboptimal to base a social structure on institutionalized coercion. In fact, it’s not only possible but increasingly necessary to minimize organized coercion. For society to function in the 21st century and beyond, the State has to be minimized—a reversal of the current trend. Even while technology controlled by the State makes it ever more dangerous, those same technologies make the State increasingly obsolete.

Communication technologies are an example. One of the huge changes brought on by the printing press and advanced exponentially by the Internet is that people can now easily pursue different interests and points of view. As a result, we have less and less in common with each other. Living in the same political jurisdiction is no longer enough to make us “countrymen” with strangers.

That’s a big change from earlier times, when members of the same region had almost everything in common, including genetics, language, traditions, religion, and worldview. That’s no longer the case with today’s nation-states. If you’re honest, you may find you now have very little in common with most of your countrymen besides superficialities and trivialities.

Ponder that point for a minute.

What do you have in common with your fellow countrymen? A mode of living, perhaps a common language, possibly some shared experiences and myths, and a common ruler… but very little of any real meaning or importance. In fact, your fellow citizens are more likely to be an active danger to you than those of a presumed “enemy” country like Iran. If you earn a good living, and certainly if you own a business and have assets, your fellow Americans are the ones who actually present the clear and present danger.

The average American (about 50% of them now) pays no income tax. Even if he’s not actually a direct or indirect employee of the government, he’s a net recipient of its largesse—which is to say your wealth—through Social Security, Medicare, Medicaid, and numerous other welfare programs. Not to mention the multitrillion-dollar giveaways of recent months.

Over the years, I’ve found that I have much more in common with people of my own socio/economic station  in France, Argentina, or Hong Kong than with a US Government employee in Washington or a resident of the LA barrios, a project in Chicago, or a trailer park somewhere. They may or may not be decent people, but we don’t have too much in common. It’s very un-PC to say so, but I suspect that many of you agree with that observation.

What’s actually important in relationships is shared values, principles, interests, and philosophy. Geographical proximity and a common nationality are meaningless—no more than an accident of birth. I have much more loyalty to a friend in the Congo—although we’re different colors and have different cultures, native languages, and life experiences—than I do to the Americans who support Bernie, Kamala, and AOC. I see the world the same way my Congolese friend does; he’s an asset to my life. I’m necessarily at odds with many of “my fellow Americans”; they’re an active and growing liability. Some might read this and find a disturbing lack of loyalty to the State. It sounds seditious. As far as I can tell, there are only three federal crimes specified in the U.S. Constitution: piracy, counterfeiting, and treason. That’s a far cry from today’s world, where almost every real and imagined crime has been federalized, underscoring that the whole document is a meaningless dead letter, little more than a historical artifact.

I’m not overly concerned about piracy. But the counterfeiting and treason—not to mention over 5000 other, more recently minted, federal crimes, are problematic.

Counterfeiting is simple fraud. But the Federal Reserve now legally debases the currency on a gigantic scale. The average American, however, thinks it’s part of the cosmic firmament, assuming he even knows what it is.

Treason is usually defined as an attempt to overthrow a government or withdraw loyalty from a sovereign. This is a rather odd proviso, considering the framers of the Constitution had done just that only a few years before. That said, I suspect the government is at risk of a de facto, if not de jure, overthrow in the not too distant future. Its replacement is likely to be even less friendly to freedom.

The Constitution was imperfect, even in its original form. Its most important part, by far, is the Bill of Rights. But that’s been interpreted out of existence for all practical purposes. America was a unique and excellent idea, but it’s almost vanished. It’s been replaced by the United States—which isn’t much different from any of the other nation-states that cover the face of the globe like a skin disease. Even the United States is on the slippery slope.

The way I see it, Thomas Paine had it right when he said: “My country is wherever liberty lives.”

But where does liberty live today? Actually, it no longer has a home. It’s become a true refugee since America withered away.

So now what? Here’s where the ongoing communications revolution comes in. It’s facilitated the possibility of Phyles.

The concept of phyles originated with the sci-fi writer Neil Stephenson, in his seminal book Diamond Age. I’ve always been a big fan of quality science fiction. There’s no question sci-fi has been, and still is, a vastly better predictor of social and technological trends than anything else—including full-time “think tanks.”

The book, set mostly in China in the near future, posits that while states still exist, they’ve been overwhelmed in importance by the formation of phyles. Phyles are groups of people bound by whatever is important to them. Maybe it will be their race, religion, or culture. Maybe their occupation or hobby. Maybe their worldview or what they want to accomplish in life. Maybe it’s a fairly short-term objective. There are thousands—millions—of possibilities.

The key is that a phyle might provide much more than a fraternal or beneficial organization (like Rotary or Lions) does. I take the concept quite seriously. It’s one reason I believe organized charity is on its way out. “Big charity” is mostly a scam to benefit its managers and allow its enablers to feel righteous, while generally degrading its supposed beneficiaries. Phyles would know their members personally, obviating most fraud and self-aggrandizement.

In the same vein, phyles might provide insurance services very effectively, since a like-minded group—held together by peer pressure and social approbation—eliminates a lot of moral risk. It might very well offer protection services; a criminal might readily harm a citizen “protected” by a State. But they’ll think twice before attacking members of the Mafia—which is, in fact, a criminal variety of phyle.

People are social. They’ll inevitably organize themselves into groups for all the reasons you can imagine.

In the past, technology only allowed people to organize themselves by geography—they had to be in the same area. That’s changed over the last century, with the emergence of the train, the car, and especially the airplane. The same goes for communication. The telephone and television were huge leaps, but the Internet is the catalytic breakthrough. It’s now possible for people to reach out all over the world to find others that are their actual countrymen, not just some moron who shares a piece of government ID.

As things develop, people will discover—or create—places where their loyalties lie.

The nation-state has mostly been a counterproductive and expensive nuisance; it’s rapidly becoming completely insufferable and, as governments bankrupt themselves, dangerous. The people living off the State (those who act as parasites upon their “fellow citizens”) are going to resist having their rice bowls and doggy dishes broken. They’ll undoubtedly use the coercive powers of the State to try to maintain the status quo.

The military and the police will be out in force, wearing riot gear, in the next few years. They’re necessary to maintain order in today’s world. But remember, their loyalties are first to their coworkers, then to their employer, and only then to those whom they’re supposed to “serve and protect.” You can’t rely on them. You’re much better off finding a protophyle… as the real thing evolves.

The next decade is going to be tumultuous. The Greater Depression has been catalyzed by the mass hysteria surrounding COVID-19. The virus will go away in the next few months, the way they all do. But the damage the hysteria has caused will linger and compound. I suspect the bankruptcy of most States, as well as major sections of the population, are going to result in some major political and social upsets.

We’re just at the start of a new era. The State will use an intimidating variety of technologies to keep its subjects under control. Even while the Reds and the Blues—who’ve come to hate each other—each try to gain control of it.

The State will do any number of things to maintain itself, its cronies, and accompanying parasites—who all, in turn, support it. But while that happens, free thinkers will use evolving technologies to find each other and reorient their loyalties. More and more people will conclude the State no longer serves a useful purpose.

Editor’s Note: A government-led crisis is already underway in the US and throughout the rest of the world.

If you want to navigate the complicated economic and political situation that is unfolding, then your need to see this free report from best selling author Doug Casey and his team.

It reveals what you need to know as the crisis deepens, and what you should do so you don’t get caught in the crosshairs.