Doug Casey on Whether You Should “Buy the Dip” 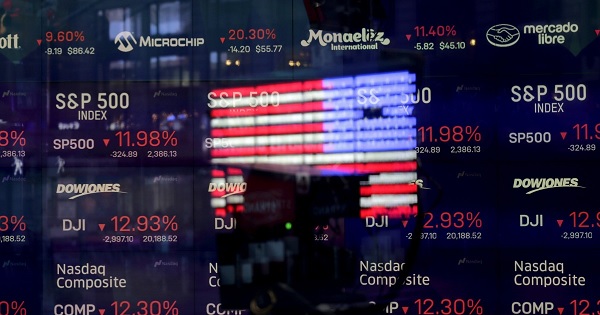 International Man: The government’s reaction to the global pandemic has led to an unprecedented economic, political, and social decline.

Can you talk about the financial risks you see unfolding in the months ahead? Are we headed for a debt crisis?

Doug Casey: It’s not just a crisis. It’s a depression, and it’s just starting. This is only the first out in a nine-inning ball game. It promises to be terrifying before it’s over.

The virus was hyped into a Great Hysteria that acted as the pin to break the huge bubbles in the financial markets. It was inevitable that there would be a pin of some kind.

We’re now facing the Greater Depression. We are, as we speak, entering the trailing edge of the financial hurricane we entered in 2008. But it is more serious now, and increasing distortions have been cranked into the economy for generations. Unfortunately, the depression likely won’t be blamed on governments and central banks’ stupid policies such as inflation, taxation, and regulation. Rather, they’ll blame the Greater Depression on this rather trivial virus.

The problems we have now aren’t caused by the flu, but the insane lockdown of the world, the Great Hysteria. It’s bad news all around. Governments and the media are using the virus as an excuse to do the same kinds of things that made the depression of 1929–1946 much worse and longer-lasting than was necessary. Tariffs, protective quotas, and embargoes are bad enough. But the collapse in world trade—which is a much bigger factor now than it was then—will have the same effect as the infamous Smoot-Hawley tariffs.

Taxes skyrocketed in the 30s because the government needed money for its vast new programs. Taxes will certainly go up now, especially at the state and local levels, because they can’t print money. The Federal government also “needs” more money than ever to do things that shouldn’t be done. They’ll get it by printing money—the Fed buying their debt—which is actually far more damaging than direct taxation.

We’ll see many more rules imposed than was the case in the 30s. All of them will increase the costs of doing business. Products will be much less affordable. The profits of most businesses will collapse.

So far, almost 40 million Americans have filed for unemployment. That number is going to go up for some time despite much of the lockdown ending.

As people are kept from working, the real amount of wealth in the world decreases. Even people who can still work will find there is less demand for their products. Nobody escapes in a depression. As Richard Russell used to say, “In a depression nobody wins. The winner is just the person who loses the least.”

One thing that’s certain is that the public’s debt will not only remain but will go up. Most of the 40 million unemployed—there are actually lots more, counting gig workers and those in the “black” economy—will max out their credit cards at 20% plus interest.

Americans tend to think the whole world is just within our borders, but we must remember that we’re only 4% of the world’s population. The hysteria from this largely phony global pandemic is worldwide. It includes much poorer countries with much less capital saved than we do—even though it’s said the average American has less than $500 for emergencies.

In India, for instance, there are tens of millions of migrant workers trapped hundreds of miles from their homes, with almost zero money. Will they starve? Maybe.

Government policies and media hysteria are turning the average American into a Zimbabwean. Zim probably has 50–60% true unemployment. It wouldn’t matter how many cars and refrigerators and air conditioners we might send to Zimbabwe, for they couldn’t afford to buy them. Many unemployed Americans will find that their jobs are probably gone for good. They won’t be consuming as much because they’re not producing as much—or maybe anything.

Again, the first-order effects—health risks from the virus itself—have turned out to be trivial.

The second-order effects of the Great Hysteria regarding the economy are extremely serious.

But the third-order effects, which is to say the government’s response to the first and second-order effects, are going to be more serious yet again and much longer-lasting. The biggest is the trillions of dollars that they’re printing, cementing old distortions into the economy, making them bigger, and creating new ones. What are some examples? Many people now feel they shouldn’t pay their rent or mortgage. Many want the Federal $600 weekly unemployment benefit to continue until a guaranteed annual income is put in place.

Worst of all, it’s getting Americans used to doing as they’re told and living in a police state.

International Man: Do you think the Federal Reserve will be able to paper over this crisis and create another 10-year bull market like it did last time?

Doug Casey: No. The Fed is inculcating bad habits in corporations, workers, and society as a whole. An artificially high stock market gives everyone false signals. It makes things worse by encouraging everybody to keep living above their means.

They’re giving people a sense of false security—making them think the authorities can solve all the problems that they created by doing more of exactly the same things. It’s foolish to count on either the Fed or any level of government to solve the problem. They caused the problem.

Where’s all that money that the Fed is creating going?

Most is going to the financial markets. The money is propping up unsustainable patterns of production and consumption. This has nothing to do with creating real wealth—the Fed is just trying to maintain a bubble economy and blow it bigger.

The government wants to avoid a 1930s-style deflationary depression at all costs, but we are likely going to get a vastly worse 1920s-German-style hyperinflation in the process. It’s created a dead cat bounce in the stock markets in April and May. And suckers are buying when, instead, they should be selling. It has been said that millions of newbies are opening brokerage accounts with the PPP (Paycheck Protection Program) money. They’re bullish and buying call options.

When this thing unwinds in earnest, there will likely be deflation in a number of areas, not just the stock market, with some prices dropping catastrophically.

For instance, this will be the case in housing and autos—the two biggest consumer durables. Forget about new car sales; even used car prices are going to collapse. The bankruptcy of Hertz and the liquidation of much of its fleet is just a straw in the wind—lots of individuals are going to have their cars repossessed. Few own a vehicle for cash anymore.

Will people be put out of their houses? Yes, unless Washington pays their mortgages or rent and their utilities. There recently was an article in Barron’s, of all places, where some PhD “economist” was advising exactly that. There’s going to be deflation in housing and autos.

But there will also be much higher retail food prices, even while farmers are squeezed, and higher prices on anything imported too.

The one thing that you can absolutely plan on is a significantly lower standard of living. That, you’ll recall, is the first and most important definition of a depression.

We’ve had an artificially high standard of living for years for two big reasons. First, there’s all the debt—which is essentially mortgaging the future—as well as consuming the capital that lenders have saved over generations. Second, we’ve been able to export US dollars at zero cost and get imports in exchange for that paper currency.

That’s going to stop in the years to come.

International Man: The coronavirus popped the Everything Bubble, the largest financial bubble in all of human history. The Greater Depression seems just to be getting underway.

But even with the sell-off earlier this year, stocks are still near record-high valuations.

What do you say to those people and those who are looking to “buy the dip?” What do you think the impact will be on the stock market?

There’s no telling how high a tree is going grow. It’s possible the Dow could go to 50,000 with all the dollars being created. But I have no interest in stocks. In fact, I’m thinking of buying distant puts. When earnings collapse—which they will—stock prices will follow them.

Since World War II, people have gotten into the habit of buying the dips. It’s become a Pavlovian response. Especially over the last 10 years, the average person has been trained to think that stocks always go up. But the wonderful times we’ve had since 1946 are over. We’re in a new era, and it’s going to be a lot less fun.

The public thinks that the Fed is their friend and “has their back.” Certainly, Trump thinks that. If they have any spare cash, they’ll put it into the market.

High stock prices equal prosperity in Trump’s mind. But he’s confusing correlation with causation. Prosperity eventually causes high stock prices—not vice-versa. The reverse is true with low stock prices. That’s why you should be out of the general market today.

But, having said that, now that we live in Bizarro World, we could have very high stock prices for a while, even as the standard of living goes down significantly.

This is actually quite a unique situation for a developed country. It’s the type of thing that happens in third-world countries, where the stock market goes up even while the society is collapsing. Why? Because they don’t want to hold currency. Where else are you going to put your money?

At least stocks represent real wealth of some type.

I have no interest in playing the scam. It’s a casino. Most stocks now are not just hot potatoes; they’re live hand grenades. Now is the time to be in gold and gold stocks.

This is a rare opportunity. This is going to be the next bub

The better for gold.

And gold has plenty more room to run… It delivers protection AND profits.