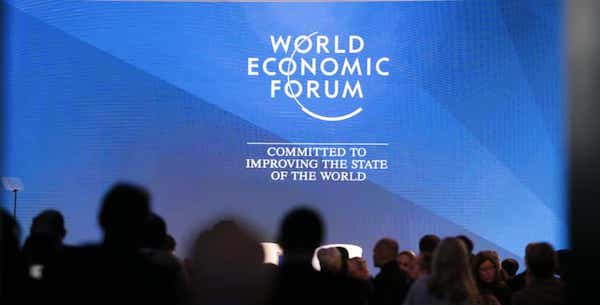 International Man: No matter the problem, the prescription of the Davos crowd is always more welfare, more warfare, more money printing, more taxes, and of course, more centralization of power into global institutions.

Doug Casey: The people who attend Davos are all welfare statists. They’re not necessarily socialists, insofar as they don’t want to see government nationalize industries. Most understand how totally dysfunctional that is and that they don’t really benefit from it. Strict socialism, defined as State ownership of the means of production, is off the table. They prefer economic fascism, where a powerful State can funnel wealth to the corporations the elite own or control. They’re happy to throw some table scraps to the unwashed masses, of course. Modern Monetary Theory (MMT) is the best way to do that.

Again, they’re not socialists. They’re welfare statists. Completely opportunistic and absolutely unprincipled. Despicable people, actually. Few are entrepreneurial, independent thinkers or free-market oriented. Those types would be disruptive at Davos, and if they’re ever invited, it would be only once.

Other than celebrities, court intellectuals, and publicity-oriented multibillionaires, the attendees are almost all bureaucrats and politicians who thrive on stolen money. But it’s no longer easily visible briefcases full of cash. That’s quaint in today’s world. They steal indirectly, by making sure they benefit from state regulations, state favors, and the inflation of the currency.

Bribes are in the form of tax-deducible donations to charitable foundations and nongovernmental organizations (NGOs). That’s not only much safer, but the money is vastly bigger, and the way it’s rigged adds to their prestige. Both making and taking a bribe disguises the miscreants as philanthropists and do-gooders when they use an NGO as a funnel.

But getting back to their economic views, they’re all for “quantitative easing.” Printing money—MMT—directly benefits the stock market. It raises corporate earnings, and much of the newly created cash directly boosts the prices of shares. It’s really sweet, if you’re an insider.

International Man: At this year’s event, climate change appears to be a big focus.

What are your thoughts on this?

Doug Casey: These fools love to talk about global warming, which they attribute to carbon dioxide. Their jets and limos are a small price to pay for the invaluable moral hectoring they give to the billions of hoi polloi.

Davos people see the common man as the real problem. And perversely, the common man believes what he’s told in the media—namely, that he is the problem. Pseudo science has become a new religion. It’s become a moral crusade against carbon, the one element that’s basic to all life; it’s now more hated than uranium, plutonium, or gold. Carbon is being pursued by a lynch mob of angry chimpanzees.

And leading the charge is Davos attendee Greta Thunberg. She’s emblematic of how thoroughly degraded this has become. Greta is a manufactured celebrity. She came out of nowhere last year; massive but completely undeserved media attention made her into one of the planet’s most famous people. It’s not just laughable, but amazing, that a high school sophomore—with no knowledge or experience—has become a world opinion leader. You may have heard her famous deranged rant, but just in case, here it is.

She has absolutely nothing going for her but things like anger, resentment, hatred, and fanaticism. No matter. The Masters of the Universe sit there as she scolds them for their evil in destroying the world and ruining her youth.

The silly little bitch is a frothing-at-the-mouth fanatic and suffers from several really severe psychological aberrations. She is to the world what Alexandria Ocasio-Cortez is to the United States. She will undoubtedly go into some multi-billion dollar NGO, where she can do a maximum of damage.

People value urgency, sincerity, and passion. Like Hitler, Mussolini, Lenin, Castro, and the like, she’s got plenty. And nobody dares say a word about it, because she’s been granted the moral high ground. This augurs very poorly for the future.

Probably the only intelligent words spoken at Davos this year came from Donald Trump, of all people, when he decried “prophets of doom,” referring to the global warming crowd.

Climate change has been around for about four billion years. And the biggest driver of it, by far, is the sun. Not carbon dioxide, a trace gas. There’s 20 times more argon, in the atmosphere. Without the sun, earth would be a ball frozen at about two degrees above absolute zero. Not counting the effects of cosmic rays, the planet’s changes in orbit and tilt, the solar system’s rotation around the galaxy, and a score of other critical factors. But these people don’t talk about that, because those things are totally and obviously beyond our control. Best to stick with carbon, which is proving helpful in controlling the masses.

International Man: Given the disastrous policies the Davos crowd has in the pipeline, what should the average person do?

Doug Casey: Treat these people with the respect they deserve—which is to say, treat them like drunks discussing the weather at a cocktail party. Davos is just a social gathering for people who have a busybody streak. It would be completely unimportant except for the fact the media says it’s important.

The only thing that surprises me about Davos is that the hustler who runs it hasn’t yet invited the Kardashians.

It’s all shaping up to be a world-class disaster…