Doug Casey on What Happens Next: The Singularity or a New Dark Ages? 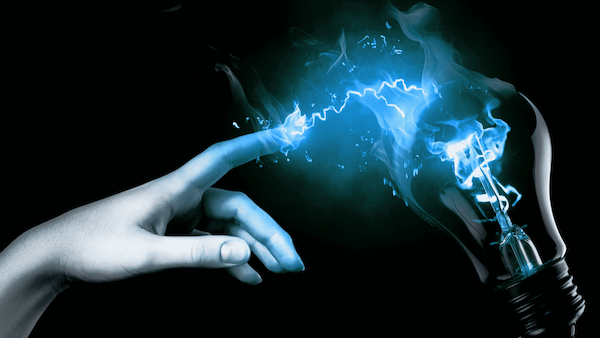 International Man: After the Fall of the Roman Empire, Europe experienced the Dark Ages. It was a thousand years of demographic, cultural, and economic decline.

Similarly, today, Western civilization seems to be going downhill economically, politically, and culturally. In a lot of ways, the trajectory looks grim.

But at the same time, science and technological developments are compounding. It seems every week there is a fantastic breakthrough.

How do you rationalize these seemingly countervailing trends?

Doug Casey: Technology is clearly advancing in a hyperbolic curve, at least at the rate of Moore’s law. That’s wonderful.

On the other hand, understanding of ethics and moral behavior hasn’t improved at all. As a matter of fact, you could argue that it’s gone downhill. That makes for a set of very dangerous possibilities.

Now, I’m all for technology advancing as far and as fast as possible, because technology is the friend of the average guy. It’s very liberating. Technology has taken us from grubbing in the dirt for roots and berries to conquering outer space. Technology empowers individuals and advances freedom. That’s why science fiction as a literary genre is extremely libertarian.

The problem is that culture and wisdom evolve very, very slowly. Over generations. The danger is that technology and ethics are not evolving at the same rate. Even worse, people are putting more emphasis on politics—organized coercion—today than has ever been the case in the past.

In the past, people were mainly worried about their individual lives and surviving. Now they seem more concerned with things they can’t control. Mass media and the internet have brought politics into everybody’s living room. The problem is that politics is all about force and coercion. Tech can enhance the effect of politics, just as it can enhance personal freedom. It’s a double-edged sword in that regard.

International Man: Legendary futurist Ray Kurzweil has been speaking for many years about the coming singularity. He believes by the middle of the 2020s, artificial intelligence (AI) will have the ability to exhibit the same intelligence as a human.

Is it likely, in your opinion, that the Singularity and tech advancement will eclipse or outpace the rate at which the West declines?

Doug Casey: That’s the $64,000 question. The Singularity will give humanity godlike powers in many regards. It’s going to sprinkle pixie dust on the nature of reality.

What happens in the West is pivotal. That’s because it’s the only civilization in history that enshrines the individual, as opposed to the collective or the State. It emphasizes things like free thought, free speech, free markets, reason, and individual liberty. These are historically alien concepts.

All of the good things we have come out of those values. It’s why almost all the world’s great literature, music, art, and science has also originated in the West.

If you destroy the underpinning values of the West—which is exactly what the “woke,” PC, and socialist movements are in the process of doing—you’ll also destroy what it has created. The question is whether the fruits of civilization will survive the death of the tree that grew them.

We might wind up as being very intelligent, clever chimpanzees with nuclear weapons.

Will computers that monitor everybody kill things like free thought, free speech, and free markets? Will real-life terminators be used to keep the plebs under control? Possibly.

Almost anything can happen at this point. Although technology always turns out in the long run to be the friend of the average man, I’m afraid that over the short and medium term, the issue is in doubt.

International Man: What do you think will happen to this trend in tech if we have an unprecedented collapse of the entire financial system?

Doug Casey: Technology is now very capital intensive, much more than it’s ever been in the past.

It’s true that scientific geniuses like Aristotle, Newton, and Einstein didn’t need expensive technology to make the advances that they did. It’s also true that the personal computer revolution didn’t require massive capital, at least after a certain point. Steve Jobs founded a giant company in his garage. Biotechnology, which is the next tech stage, can be equally cheap. For example, a high school kid can do gene-editing with CRISPR with money from his allowance.

It’s possible to make technological advances with relatively low capital. But today most advanced technology is highly capital intensive. We’re talking about billions of dollars for single machines—things like the Hubble space telescope, quantum computers, the International Space Station, the Large Hadron Collider, and the International Thermonuclear Experimental Reactor. These are all multibillion-dollar projects.

Most of them are so expensive that the main source of funding for science today is government. Government tends to do things for political, often military, reasons. That corrupts the entire process.

International Man: The Western world isn’t alone in their push toward technological advancement.

What’s your take on China’s race for tech dominance?

Doug Casey: To start with, it’s long been acknowledged that the Chinese have about five IQ points on Europeans. That tilts the playing field in their direction, now that they’re no longer held back by the ideals of people like Chairman Mao.

The huge advances that they’ve made over the last 30 years are breathtaking and real. It’s gone from a primitive country of ignorant, penniless peasants to one of the most advanced societies in the world.

It’s not because the people running the Chinese government are geniuses, however. It’s because the average Chinese person works hard and saves most of what he earns. That’s built up a huge pool of capital. That’s the good news.

The bad news is that that capital all flows through the Chinese banking system—which is used as a political vehicle.

Many of the loans that Chinese banks have made are, therefore, uneconomic. As a result, either the banks are going to collapse, or the Chinese will destroy their currency as they try to bail them out.

That said, China will nonetheless dominate the 21st century—if only because the West is in such a severe decline. That’s true even though the Chinese will go through a very rough patch.

There are lots of financial distortions that have been cranked into the system in the very quick expansion that they’ve made. Capital was created by individual Chinese citizens, but much of it has been misallocated by the state.

International Man: What is at stake? And what would the US have to do to beat China in this race?

Doug Casey: The problem everywhere—in both China and the West—is the state. Government. But the problem, believe it or not, is probably bigger in the West.

If the West is to survive, it has to regain the things that made it successful. That means 90% of the government should be eliminated. There’s very little need for organized coercion in a high tech world. In fact, it greatly compounds dangers in every way.

Society would get on much better if economic regulations ceased to exist. The Federal Reserve is unnecessary; gold should be reinstituted as day-to-day money. The US should withdraw its military from its 800 or so bases around the world. By simply eliminating these things—not by doing more—the US economy and technology would boom. But because the opposite is happening, the US is declining.

I’m not optimistic about the coming confrontation with China. That’s also from a military point of view, not just an economic point of view. Why? That’s a long story. But one reason is that the Chinese military isn’t viewed as a welfare program for so-called “defense” corporations. It’s much more cost efficient than that of the US.

A lot of people believe that China has a communist system—where the state owns and controls everything. They call it Communist China. That was the case 40 years ago. But today it’s complete and utter nonsense to believe that.

In fact, China is much more of a free-market country at this point—with much less regulation on economic activities and restrictions on businesses—than the US. I realize that will come as a shock to most Americans, but it’s true.

It’s true that China has an authoritarian government, but it’s not a communist country. The fact that people call it a communist country—and that it’s been so successful—makes it seem like communism might be a good thing. Apparently a lot of Americans think today that communism—or at least its kinder and gentler relations, socialism and the welfare state—is a good idea. I say that, based on the widespread support of people like Bernie Sanders and Elizabeth Warren.

China has embraced the economic concepts of the West, but they haven’t embraced the other types of freedom from the West.

It’s hard to say how it’ll all turn out. Will China be a country of science nerds and engineers, with no domestic literature, music, art, or philosophy? Will the West be full of lotus eaters, living off the accumulated capital of their ancestors until it’s all gone? Will the arrival of the Singularity make many things that seem important today be trivial tomorrow?

The good news is that technology has a life of its own. Even if financing for megaprojects dries up over the next few years in either the West or China, I suspect tech progress will still continue at the rate of Moore’s Law. Progress has been exponential for about 200,000 years, and that’s a trend more likely to accelerate than reverse. If so, the Singularity may change the world so totally and unrecognizably that we may have to rethink almost everything.

My conclusion is that when the Singularity happens, there’s a good chance all the dysfunctional political structures that the world is currently burdened with are going to dry up and blow away.

Editor’s Note: It’s clear there are some ominous social, political, cultural, and economic trends playing out right now. Many of which seem to point to an unfortunate decline of the West.

But it’s not all bad news. Innovation and new technology is advancing at a rapid rate— creating enormous potential for improving human life.

But it’s still yet to be seen if the US will be succeed in winning the race for tech dominance against China. In fact, there is more at stake in the rivalry between the two countries.

It could all lead to a complete economic collapse, unlike we’ve seen before. That’s why we just released an urgent new video on how it could all go down soon. Click here to watch it now.