Doug Casey on What Happens After The Election 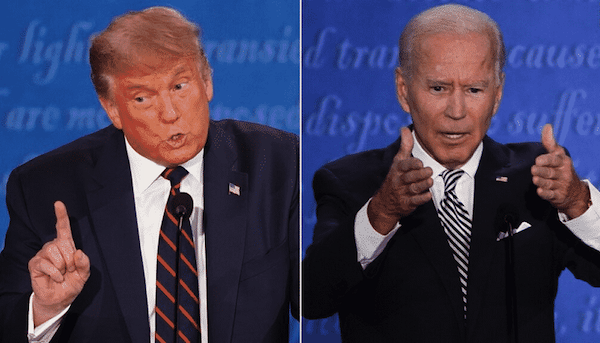 Whenever a really radical group takes over—and the Democrats are serious radicals—they try to cement themselves in power. I’ve explained my reasons for believing the Democrats are going to win, and it only takes a small number of people working as a cadre to do it. I’d like to discuss what happens next.

At the time of the Russian Revolution, the hardcore Bolsheviks only numbered in the hundreds. That was enough to take control of a hundred million Russians and stay in power for 70 years until they totally ran the wheels off the economy.

The same thing happened with Fidel Castro in Cuba. He landed with only 50 or 60 guys, but once he took over the country, his apparatchiks were able to keep control of it.

Serious populists, socialists, Marxists, and other authoritarians can pull that off because they’re completely unbound by conventional notions of morality. They sincerely believe the ends justify the means, and nothing is off the table when it comes to gaining and maintaining power. They always say they’re working for the people and invariably promise lots of free stuff. The hoi polloi want to hear that during a crisis—like the one we’re entering. When things get tumultuous, once they’re in, it’s almost impossible to get them out. Democracy—which is a sham anyway in today’s world—be damned.

If the positions discussed by the twenty final contenders for their presidential nomination are any indication, the Democratic Party has been completely captured by leftists like AOC and her gang of four, who really want to change the very nature of the US. If they win, they’ll be able to do so.

In order to succeed in an American Purple Revolution, they’ll need to cement themselves in place. It takes time for cement to dry. Even though the Republicans are just ineffectual and spineless “me too-ers” with no core beliefs, the Democrats will see there’s no point in letting them regain power.

How will they ensure that? First, it seems almost certain that the Democrats will make both Washington DC and Puerto Rico states; there will then be 104 senators voting—and they will without question be left-leaning Democrats. That will also help assure control of the Electoral College—assuming it’s not abolished—since it will have two more reliably Democratic states. Second, the 20 million undocumented people—illegal aliens—now in the US will undoubtedly be made citizens; they lean heavily toward the Democrats. Third, they’ll expand the size of the Supreme Court and pack it with leftists, so any new laws they pass can’t be challenged effectively.

There could be more, of course. Perhaps they’ll reduce the voting age to 16; such is already the case in Argentina and a growing number of other countries. Young people, especially once they’re freshly indoctrinated by the State schools, always tend to favor socialist ideas. Maybe they’ll even engineer a new Constitutional Convention to change everything. The 2nd Amendment will go, of course, and the rest of the Bill of Rights would be heavily modified. Most of it is already a dead letter—but that would formalize the change once and for all. There will probably be “free” college in order to ensure an extra four years of intense leftist indoctrination for all. State-administered and paid medical care is a sure thing, as well.

These things would cement the Democrats into office for at least a generation. But please don’t think I support the Republicans. That would be like supporting tuberculosis just because it’s better than terminal cancer. Could things get violent? Yes.

There are quite a few examples, and these things can come out of almost nowhere, like the witch hysteria in Salem in the late 17th century. It was completely irrational, of course, and couldn’t have been predicted. But if you argued against the prevailing hysteria, you too could be accused and hung.

Sometimes, these things are ethnic. Look at what happened in Rwanda a generation ago. The Hutus and Tutsis had lived together, more or less amicably, for generations. Then, all of a sudden, a million people were hacked with machetes. The wave blew over, and now things are peaceful again. But if you weren’t out there slaughtering Tutsis during the hysteria, you might be accused of being a sympathizer and be killed yourself.

Sometimes, these things are religious, like the war between Christians and Muslims in Bosnia, or Lebanon, or the Central African Republic—among other places.

Sometimes, conflict is political, like the gang warfare between the National Socialists and Communists in 1920s Germany.

But what the US seems to be facing isn’t so much political, or religious, or ethnic as it is cultural, which is much more serious. The country is on the cusp of a full-blown cultural revolution. It happened during the Terror of the French Revolution. In a short period, perhaps over 20,000 people were murdered, mostly guillotined. Who would have guessed that simple regime change could get so out of control? It did, however, because it wasn’t just a political revolution. It was a cultural revolution, right down to changing the names of the months.

It famously happened in Russia in 1917, when the Bolsheviks succeeded in changing the basic structure of society. And it happened in Cambodia in the late 1970s with Pol Pot, when a quarter of the population was murdered. Who would have thought that even possible in modern times? That was also a cultural revolution against the educated and essentially anyone who wasn’t a peasant.

Of course, the mother of all social convulsions was Maoist China’s Great Cultural Revolution of the 1960s. The whole country, or at least what looked like the whole country, was bamboozled into overthrowing what they called the Four Olds—old customs, old culture, old habits, and old ideas. It went on for ten years, killed perhaps two million people, and destroyed the lives of tens of millions more.

Right now, the same meme is spreading in the US. Absolutely anything could happen after the November election, no matter who wins. But with the serious financial, economic, and social problems the US is facing, authoritarians will know how to use them to their own advantage.

The people promoting a US cultural revolution aren’t getting much resistance. The old regime—the conservatives, the Republicans—are totally intimidated. They’ve been brainwashed into accepting the righteousness of the Left’s cultural, political, economic, and social agendas. They don’t like it, but they sheepishly accept it. The schools, the NGOs, corporations, Hollywood, and the media are completely controlled by leftists and have inculcated their notions into society.

This is a real problem. When these things get out of control, the consequences can be genuinely terrible. Trends in motion tend to stay in motion—and this one is even accelerating.

America was unique among the world’s countries because it was founded on the premise of individualism and capitalism, free minds, and free markets. More than any other country, it’s lived up to those ideals.

But these people don’t want just a change of government; they want to overturn the actual things that have made America—America. There’s no other place to go once America goes.

Where can you run? In fact, the whole world is moving in the same direction.

That’s really dangerous because the president has a lot of power, including the power to make several thousand direct appointees with immense influence. Trump has been very unsuccessful in all his appointments. Most of them turn on him viciously. He might as well have picked random names out of the telephone directory. The Democrats, however, can be counted on to plug in fully vetted idealogues.

If Biden wins, he’ll probably get the Senate and the House, too. The Democrats will get a vast array of programs and departments approved. The changes will be much more radical than either Roosevelt’s New Deal or Johnson’s Great Society. Taxes will skyrocket, along with unlimited money in a world of Modern Monetary Theory. The US will get a makeover. America will cease to exist.

I don’t know how the red areas of the country will react if/when the Dems win. They’re culturally conservative, so I doubt there will be serious counterviolence. But if Trump does wind up in office, after a seriously contested election, we can count on more Portlands and Kenoshas. A domestic version of the leftist saying during the ’60s: “Two, three, many Vietnams.” It’s really serious.

The consequences of the Greater Depression will go far beyond a simple bear market. If Trump does win, no doubt the Republicans will crack down on the country in an attempt to keep order. The Dems will have cause to say they were right about his dictatorial tendencies. Then, assuming we have an election in ’24, we’ll certainly get a leftist Democrat in office.

On the (kind of) bright side, gold will go a lot higher. So will Bitcoin, partly because FX controls will be installed. And the next financial bubble will be in gold mining stocks. They’re very cheap right now; those in production are coining money. Ten-to-one shots will be thick underfoot. Buy them now, so you have the capital to insulate yourself from the bad things to come.

Then it’s game over for the Old America. Even if we don’t have an actual civil war.

Editor’s Note: Right now, the US is the most polarized it has been since the Civil War.

If you’re wondering what comes next, then you’re not alone.

The political, economic, and social implications of the 2020 vote will impact all of us.

EXCLUSIVE VIDEO: The Day After—How to Prepare for What’s Coming After the 2020 Election

That’s exactly why bestselling author Doug Casey and his team just released this urgent new video about how to prepare for what comes next. Click here to watch it now.