Doug Casey on the Truth About Millennials and the Next Crisis 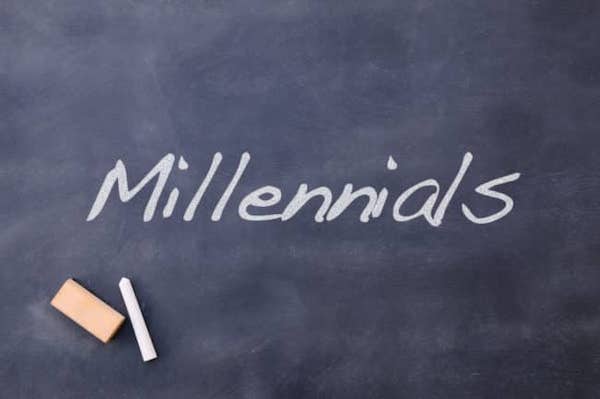 International Man: Many people perceive Millennials to be entitled, spoiled snowflakes who refuse to work hard.

Whether or not this is true, Millennials as a group will soon surpass the number of baby boomers as the largest generational group.

How equipped is this soon-to-be dominant generation for handling a financial crisis, a major war, or civil unrest?

Doug Casey: According to William Strauss and Neil Howe in their book, The Fourth Turning, the Millennials should be a “Hero” Generation, set to face a huge threat to the country.

For previous so-called Hero Generations, the threats were the Great Depression and then World War II. The time from 1929 to 1946 was full of societally threatening events. Much like today.

The Millennials are in a generational position similar to that of the so-called Greatest Generation, who are now mostly dead. The Millennials, however, don’t seem quite ready for hero-scale challenges. They’re mostly talking about safe spaces, diversity, free college, a guaranteed income, and being gender uncertain.

When the United States encounters a civilizational crisis—which in my opinion is here, it’s unfolding as we speak—it’s questionable whether the Millennials will have what it takes. You don’t get there by being gender questioning or sitting in your mother’s basement playing video games and getting fat.

The baby boomer generation had a significant impact on government policies and welfare programs like Medicare. From 2008 to 2018 alone, Medicare spending grew from $462 billion to $731 billion.

What’s your take on how Millennials will shape the future of the United States?

Doug Casey: Let’s look at this from a long-term perspective—0ver the last 120 years.

At the turn of the 20th century, something like 85% or 90% of Americans were on the farm, actually growing food, getting up at 6:00 AM, and working 16-hour days. They were on the ragged edge of starvation during bad years. Even people in the cities had it pretty tough.

Now, with the Millennial generation, the average American is at least three generations off the farm. A lot of them think that milk doesn’t come from cows. They think it comes from cartons.

The kind of values that you get from growing up on a farm, or at least having parents who did, tend to vanish when you grow up in a suburb, have helicopter parents, and your main relationship with the outside world is electronic.

I don’t think that Millennials as a group really believe in themselves. A lot of blacks, Hispanics, and immigrants are resentful; a lot of the whites feel guilty and unjustly entitled. Few in any of these groups any longer seem to believe in the values—like individualism, personal responsibility, and liberty—that actually made the US different once upon a time.

It seems like we have transitioned quite easily from a war against “godless communism” to war against Islam. Muhammedans look at the United States and Europe and see degraded societies without a philosophical center, without a belief in themselves. I suppose the Chinese are next on the dance card…

Even though they may for the most part be primitive, barefoot goat herders, Muhammedans hold the West in contempt. I’m afraid any serious conflict with the Muhammedans could end badly, regardless of our huge technological advantage. Why? Because, as Napoleon said, in war the psychological is to the physical as three is to one. And most of these people have a strong unifying faith—something totally lacking in the West.

We used to call followers of Muhammed, “Muhammedans.” But the fact we no longer do is part of the general corruption of the language we now have in so many areas. “Islam” means “submission” in Arabic; it’s a PC word.

If it comes down to a military conflict where the Millennial generation has to fill in for the previous so-called Hero Generation in the Strauss-Howe model, the West is in trouble. That’s true whether the conflict is with the Chinese or the followers of The Prophet.

That’s apart from the fact the US military itself is a very different animal from what it once was. With some exceptions, the US military today is made up of refugees from barrios, trailer parks, and ghettos. I don’t approve of the draft, but for what it’s worth, at least the draft was kind of a cross section of the US. Now, the military is very self-selecting.

It’s actually a completely separate culture within the US. Their first loyalty, like the police, is to other soldiers. Secondarily to their employer, the US government. And only third to America—which is no longer a republic. It’s a domestic empire.

I’m very antiwar as a matter of principle. But if it comes down to a military conflict I don’t see a happy ending, because all we have are ultra-expensive and obsolescent toys useful mainly to fatten the profits of so-called “defense” companies. Generals cozy up to them so they can cash in with fat consulting contracts after they retire. I suspect, incidentally, the next war will have huge biological and cyber elements.

There’s another x factor. The Millennial generation has grown up on first-person shooter video games. Some, if they have an extra Y chromosome, may want to put that into practice. You can really do that only in the military or the police—most of whom are ex-military today.

I’ve gone off on a few tangents, using the Strauss and Howe book as a platform. But my intention here wasn’t to do a book review. That said, I again want to recommend their work. They came up with something original and valuable, which offers a pretty solid look into the near future.

Editor’s Note: Unfortunately, there’s little any individual can practically do to change the course of these trends in motion.

That’s exactly why New York Times best-selling author Doug Casey and his team just released an urgent new video Doug Casey’s Top 3 Secrets to Survive and Thrive During a Dollar Crisis. It explains what’s to come and exactly what you should do to protect yourself. Click here to watch it now.