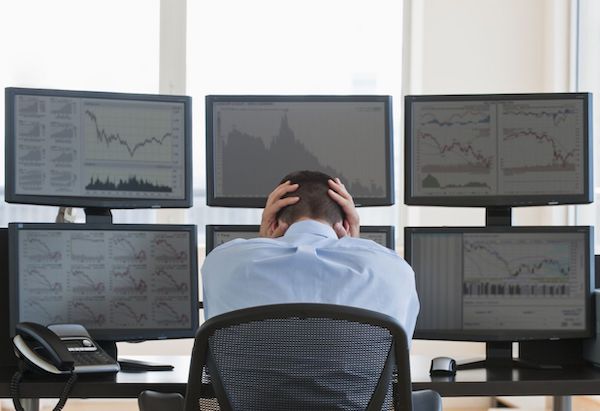 There’s a shift from saving to spending, borrowing, and gambling.

Many people are becoming day traders who otherwise would not. They’re treating the markets like a casino.

What are your thoughts on all this?

Doug Casey: The stock market originated as a means for raising capital for new productive ventures, a means of price discovery for what they were worth, and a means of providing liquidity when investors wanted to buy or sell. An entrepreneur provided an idea and the labor, and the public provided the capital. It was simple, and useful to everyone. But a relatively minor part of the economy.

The stock market has mutated tremendously, however. Now trillions of new politically-created dollars are inundating the system. Over the last decade especially, it’s become a vehicle for speculation more than anything else.

There’s nothing wrong with speculation, of course. But it’s very different from investing. An investor adds his capital to others’ labor, plants a seed, and hopes to reap a harvest. A speculator, however, is generally someone who attempts to profit from facts or events that aren’t well-known or understood. Often things with a political flavor. There would be few speculators in a true free market economy with sound money.

Worse, when billions and trillions of new currency units are created—like now—the public is almost forced to do things they normally wouldn’t and shouldn’t. Like make wild bets on things they don’t understand, for “fear of missing out” on a runaway bull market. At some stage they’ll gamble on anything, trying to outrace the currency’s depreciation.

We’re now at the stage where prudent investors step back, because there’s no longer much value in the market. Lots of newbies, however, are piling into the market, hoping to double their money overnight. Or sometimes desperately trying to forestall a retirement of eating cat food, by buying some investment that they were told might make them a 11,358%—or some such—return. They think they’re investors or speculators. But they’re really just unsophisticated gamblers.

They spend outrageous amounts of money on the equivalent of racetrack tout sheets, but the touts aren’t horses. Today they’re usually tech stocks. Well-chosen tech stocks can be gigantic winners over time, of course. But mainly for sophisticated investors who actually understand something about technology, science, and finance. Only rarely can a plumber, dentist, or insurance salesman hope to get lucky. Those folks usually discover—too late—the truth to the old saying “High tech—big wreck.”

Even more dangerous, and more popular, are derivatives on volatile stocks: puts and calls. These things serve a useful purpose as risk hedges for sophisticated portfolio managers. But today they’re mainly used as gambling mechanisms, by people who barely know what they are.

In fact, since online gambling is generally illegal in the US, a lot of people are using the stock market as a substitute for sports betting, online roulette, and online poker.

That’s especially true during this time of COVID hysteria, when people are locked up in their homes and are looking for something to do on their computers. That, and tens of millions are getting unemployment benefits from both the state and national government, giving them much higher incomes than they made when they were working. All kinds of clever marketing ploys convince people that stocks that will go 10-to-1 or 100-to-1 are only keystrokes away.

They hope that one of these hot stocks will guarantee their retirement, but they’re much more likely to blow up the savings that they have. This is a disaster in the making. The fact that the public is so interested in the stock market right now is a sign of a top.

International Man: The Robinhood trading platform has exceeded over 10 million active users. During the COVID hysteria, the platform has become popular with millennials and beginners. Many people used their stimulus checks to fund their day trading.

What is the significance of this?

Doug Casey: Robinhood allows you to buy fractions of a share of stocks, and they don’t charge commissions. It’s a brokerage for people who have no real money, and shouldn’t be in the market to start with. The house doesn’t look like they’re taking a rake, but of course they are because they’re not trading stocks for you as a charity.

Members of the public are spending thousands of dollars on tout sheets, telling them what to buy. But even if the guru is a genius—as opposed to just a glib carny barker—the odds are hugely against the lately arrived retail public. First—in an era when professional traders spend millions to increase the speed of their executions by microseconds—the tout sheet subscriber is, at best minutes, but perhaps hours behind the action. Second, he’s fighting the bid-asked spread. Third, he’s paying retail commissions, directly or indirectly. Fourth—and most important—he’s got to battle with his own psychology, inevitably second-guessing both the guru and himself. Successful traders are rare birds.

It’s actually worse. As a rule, you don’t want to be where the public is. Yes, the trend is your friend. But it’s easy to be trampled by the herd, even if they’re all running in the same direction, and they’re all “right” for a while. The real problem occurs at major turning points, both tops and bottoms. At these points the herd is always wrong, and the exit is too small to accommodate more than a few who want to get out when the trend changes. Even if amateur traders manage to break even, or net a small profit over a massive bull market, they’re likely to get trapped at a major turning point. And lose most everything. Considering the length and steepness of the current bull market, plus the fact it’s driven by money printing as opposed to economic fundamentals, the reversal in trend will be ugly.

In any event, the way you get a hundred times on your money—the meme driving today’s public— is not day trading. It’s done by taking to heart the principles Ben Graham explains in his book “The Intelligent Investor.” Or by studying the annual reports of Berkshire Hathaway, written by his student, Warren Buffett. Amateur traders—even if they’re successful, which most are not—are like a little kid, running in front of a steamroller, picking up nickels and dimes. Eventually he’ll trip, and get crushed.

All of this has nothing to do with the purpose of the stock market, which is to raise money for productive ventures. We’re looking at one of the great bubbles of history. It’s going to go down in history beyond the level of the 1929 bubble. Something more like the South Sea Bubble, or the Tulip Bubble.

It’s going to be devastating for the average person. I don’t know how long it’s going to go on, but frankly, I don’t want any part of it.

What am I doing? I’ve been involved with cryptos and pot stocks in the recent past; it worked out because I treated them as hot potatoes, not investments. My specialty, however, has always been the highly volatile resource sector—gold explorers, developers, and miners in particular. They’ve been quite rewarding recently, and I anticipate another bubble in them developing. There have been five gold stock bubbles in the last 50 years. But that’s another story. In the meantime, I expect to stay long the golds, and out of most common stocks, until I see a golden bear tearing apart the New York Stock Exchange depicted on the front cover of Time or Newsweek. Assuming those rags still exist by then. At which point I hope to dump all my miners, and buy something like Berkshire Hathaway.

In the meantime, we’re in for some rough weather.

International Man: Right before the housing crisis of 2008, there were plenty of stories of people who had 4 or 5 homes, all mortgaged. We know how that ended.

Is the surge in day trading and gambling a sign of the same sort of thing but this time in the stock market?

The stock market is way overpriced by every measure—price to book value, price to earnings, and dividend yields. When it eventually crashes, and all the little people are wiped out, they’ll be very angry. It’s going to result in lawsuits and regulatory actions. It’s going to put the final nail in the financial coffin of the middle-class, and lead to social chaos, including class warfare. We’re going to see a lot more corporate bankruptcies, and government bailouts. Lots of money in automakers, auto renters, hotels, restaurants, airlines, retailers, and many other sectors— will die and go to money heaven. It’s not over by any means.

International Man: Many retirees hold large positions in risky stocks and junk bonds in a desperate search for yield. What do you think will happen to these people, and what should they do?

Doug Casey: Again, this is a dangerous time in financial history.

In the past, a saver could put money in an ordinary bank account and get 4-6%. If he wanted to take a slight risk, he could buy a corporate bond and get 8%. Or do some research, buy a solid growth stock, hold it for five or 10 or 20 years, and make a lot of money.

But now, people are frenetically jumping in and out of stocks where the only thing they know about the company is its ticker symbol. I kid you not. And they’re paying a lot of money for trading systems that amount to black boxes. Trying to be a trader is a guaranteed formula for disaster for all but a very few.

International Man: What do you say to people who look at the paper gains in their 401Ks, and brokerage accounts today and feel rich?

Doug Casey: Paper gains make them think they’re Masters of the Universe. They’re confusing a bull market with knowing what they’re doing. Among other things it’s causing a lot of people to live above their means. They think the temporary bubble in the market will actually allow them to afford things that were out of reach, so they’re taking out big mortgages, and fat loans on new cars. Not to worry—the market will pay for it. What’s likely to happen is the market will evaporate all their cash, and leave them with a lot of debt.

This stock market bubble is going to make them worse off then they were before. It’s easy for them to think that they can become wealthy just shuffling paper around, as opposed to producing real goods and services that other people want. When the public treats the market like a casino, it turns out that only the casino wins. It’s not even a zero sum game, it’s a negative sum game.

What’s going to happen to the millions of people who can’t save, but are gambling— thinking they’re speculating or investing, when they don’t even know what the words mean?

I don’t know what the sociological and political upheavals are going to be like when millions of them lose all their money. But it’s going to be really ugly, and they’re going to go looking for somebody to blame.