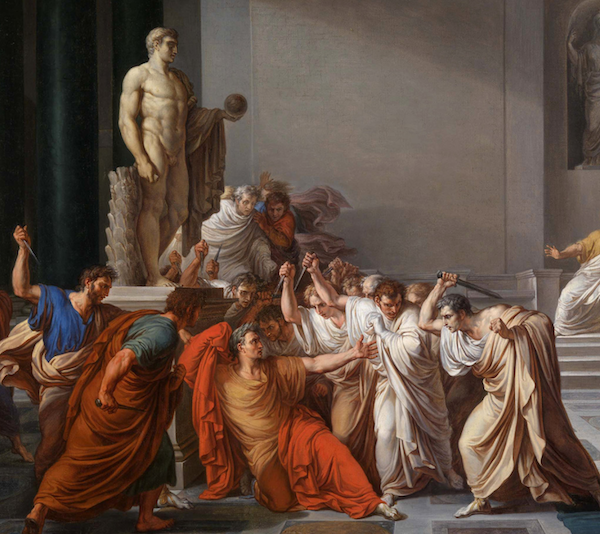 International Man: There have been many infamous assassinations throughout history, like those of Julius Caesar, Abraham Lincoln, John F. Kennedy, and many others.

It seems that in many cases, they were more influential in death than in life.

Can you discuss the unintended consequences of political assassinations?

Doug Casey: Most political leaders are not “the best and the brightest”—as they often term themselves. They’re actually the poorest and the worst of humanity. They’re people who are much more interested in controlling their fellow citizens than controlling the material universe. Their main “products” are war, pogroms, taxes, regulations, persecutions, inflation, and suppression. But they’re successful in convincing the populace that they’re not only necessary, but should be respected—even loved.

Assassin counters that meme. In fact, an examination of history shows that most political leaders who meet violent deaths had it coming. They got what they deserved. With that being said, there are, however, often unintended consequences. And lots of misperceptions. Let me give you a couple of famous examples that are relevant to the novel and present-day America.

For instance, Julius Caesar. Although he wasn’t officially an emperor, and he put an end to the Roman Republic, I’d say he would have been one of the best emperors of Rome—generally a sorry lot. He was killed in 44 BC, just three days before he was leaving to fight a war against the Persians. In those days, a war could be a profitable undertaking. At least he would have been out of the hair of the Romans for years.

It served no useful purpose for Brutus and Cassius to kill him. It only set off a long series of wars and put the final nail in the coffin of the Republic. Brutus was morally right but strategically wrong.

But take the case of Abraham Lincoln. If he’d been assassinated before, or shortly after he was elected, it would likely have put off the American Civil War. Which, incidentally, was not a civil war, but something very different—a war of secession. A civil war is one where two or more groups are trying to take control of the same government, and that was not the case during the unpleasantness of 1861-1865. Anyway, Lincoln was killed after the war was over—when the assassination was actually counterproductive.

Assassin is set in the current day. It explores all aspects of assassinations, not just in history, but here and now.

Our hero, Charles Knight, has just been released from a particularly nasty two-year stretch prison, falsely convicted of things we discussed in Drug Lord. Charles uses that time in some unusual ways, and he comes to some interesting moral conclusions about assassinations. Like whether—and when—they’re good or evil. And what their consequences are and can be. Do they serve a useful purpose, or do they actually make things worse?

There are lots of variations on the theme of assassinations. For instance, the assassination of Che Guevara. If Che had been handled differently, as opposed to being assassinated by the Bolivian army, he’d be remembered only as a two-bit psychopath, or a Latin American version of Charles Manson. He wouldn’t be a romantic figure on millions of T-shirts.

On the other hand, Archduke Ferdinand, whose assassination started off World War I, was a good guy. He was a classical 19th-century-style liberal. It was a tragedy he was assassinated.

There’s a lot that can be said about the subject, which we cover within the storyline of the book, as our hero Charles Knight becomes an expert assassin while maintaining his personal ethics.

International Man: Often, when a brutal leader or politician is killed, the person who comes after them is even worse than their predecessor.

Doug Casey: Actually, the first sentence in the novel is, “Some people just need killing.”

Among others, we answer your question: Are assassinations effective?

For instance, two of the most dangerous political criminals of the 20th century were Joseph Stalin and Adolf Hitler. Undoubtedly, there were lots of people around them that wanted to kill both—especially Stalin. So, why didn’t they?

In the case of Stalin, if you’re anywhere around him, and he looked askance at you, chances were you were going to a Gulag—or worse.

Why didn’t anybody kill Stalin?

The answer is that if you killed Stalin, you would have been arrested by Lavrentiy Beria.

The only way that you could have killed Stalin was by having a conspiracy; people at various levels of Soviet society would need to take over the reins of power. But that was impossible because it was such a total and complete police state.

In the case of Claus von Stauffenberg and his attempted assassination of Hitler in 1944, the German officers involved had shared values; they had family connections. They were very different from the people around Stalin. If they’d succeeded in the bomb plot against Hitler, they could’ve changed Germany.

So … are assassinations effective?

It depends on a lot of things. In the book, we have several assassinations of different types of people by different means. I think readers will find that very interesting.

International Man: In Assassin, you explore the concept of political assassinations.

Can you elaborate on why you focused on this from a philosophical and moral standpoint?

Doug Casey: Although they’re at the heart of the book, we go into more than just political assassinations.

The main character, Charles Knight considers not just assassinating people—that’s a term applied to high government officials—but the morality of simple killing. Americans are inured to it today; killing is the mainstay of most movies and TV shows. People are so accustomed to seeing killing that they hardly even think about it. Charles finds that sometimes it’s the best way of solving a problem, as a last resort. Although killing is generally considered illegal and immoral, that’s not always the case.

Charles has modeled himself after Edmund Dantes from The Count of Monte Cristo and even more so after Paladin, the hero of the 1950s Western, Have Gun – Will Travel. Undoubtedly, many of our readers have seen the series, but everybody should. Paladin was a Renaissance man. He wasn’t a gunslinger. He was very erudite.

He was equally at home at the opera, or playing against a chess master, or quoting Shakespeare, as he was standing in the street for a gunfight. He’s the model for Charles Knight, our hero.

We look at the concept of being a vigilante—because, in today’s world, you can’t count on the government to solve your problems, protect you, right wrongs, or to level out injustices.

In the process, we reformed the concept of a vigilante. Charles, as a modern Paladin, is a problem solver first and foremost. And we look a lot at the concept of vengeance. Is it right or wrong? Is it effective or ineffective in the context of what Charles does, taking some people out?

International Man: The events taking place in the book have striking similarities to the world we’re living in today: social unrest, political cronyism, and a turbulent presidential election.

Are the events taking place today stranger than fiction?

Doug Casey: That’s an interesting question because my coauthor John Hunt and I found that events in the real world were starting to outpace the action in the book. Including the application of blockchain tech to keep cronies and other bad guys under control. We develop some new techniques that can be applied right now in the real world.

Reality is starting to resemble fiction, just as Ayn Rand probably found when she was writing Atlas Shrugged. In many ways, events were starting to outpace her novel as well.

Speculator—the first novel in our series—had sub-themes about the gold mining business, African kleptocracies, and the theory of speculation. Drug Lord, the second book in the series, had sub-themes debunking Big Pharma and agencies like the FDA and the DEA.

Assassin has a sub-theme about debunking the Federal Reserve and pointing out that it’s among the most dangerous and criminal of government agencies. Cronies, however, love the Fed.

We didn’t plan it this way, but there’s a lot of resonance with what’s going on today between Trump and Biden. Although we make it a three-party presidential election in the book.

International Man: In Assassin, there’s a strong emphasis on cryptocurrencies and the use of decentralized technology to hit the Deep State where it hurts.

Do you think that these technologies can empower the individual against the growing power of the State? Are they a more powerful tool than assassination?

For instance, the bad guys got gunpowder first and used it to cement themselves in power starting in the 14th century. But after a while, the technology drifted down to the peasants. Gunpowder then allowed the common man to take out an armored mounted knight. Although gunpowder helped the rulers to start with, it overturned them in the end.

The same is true of computers. At first, only governments and large corporations could afford computers; they used them to keep track of the plebs. But now, everybody has a computer. Now it’s more or less a level playing field—us against them.

In Assassin, we take it to the next level. Charles Knight realizes that he has to set up a self-regulating system that will keep politicians and bureaucrats under permanent control, and he uses blockchain.

In the process, he makes himself yet another fortune by setting up a unique system so that he’s not the only Paladin. He makes it possible for thousands of Paladins to deal with criminals, government bureaucrats, and other bad actors.

We show how he does this. He’s going to need his new fortune in our next novel, Terrorist, as he ramps up the fight against the bad guys to another level.

Incidentally, this is all practical. We don’t use magic in the novel. Some people have said, “this is like an instruction book.” Well, that’s not really true, but it can be viewed that way.

Editor’s Note: To get your copy of Doug Casey’s book Assassin, click here.