Doug Casey on the Difference Between a Whistleblower and a Rat 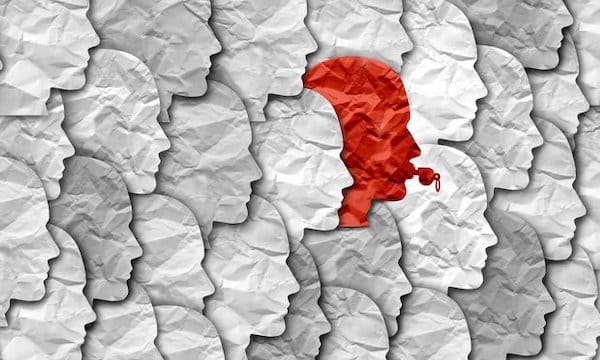 International Man: There’s been a lot of talk from the political class about whistleblowers lately, but few have clearly defined what it means.

Webster’s defines a whistleblower as “one who reveals something covert or who informs against another.”

Doug, you’re a fan of using words correctly. What is your view on what a whistleblower is?

Doug Casey: The connotations surrounding the term “whistleblower” depend largely on who’s using it and the reason they’re using it. Let’s figure out the distinctions between a bunch of words that all mean the same thing—but have very different connotations.

In most contexts, a whistleblower is what school kids call a tattletale. Adults call them stoolpigeons, rats, finks, squealers, snitches, narcs, weasels, or the like. A whistleblower is not a good thing in normal society. Nobody likes an informer, even if they’re well-intentioned.

“Whistleblower” is the only word in this context that might describe a good action. That’s because, to be precise, a whistleblower is someone who makes the public aware of a serious impropriety in the government or a large corporation. It takes courage to call out the wrongdoing of large organizations, which tend to be run by sociopaths. They can, and often will, crush you like a bug. Legally and reputationally, if not physically.

In fact, a whistleblower is a good thing only when he exposes government corruption. The government is a special case, because it is by nature a coercive organization. It’s intrinsically dangerous and needs to be kept under control any way possible. In this context, a whistleblower is a well-intentioned snitch. A lot like an assassin would normally be a bad thing—but when his objective is a nasty dictator, he’s transformed into a good thing.

People hate snitches and informers. They betray trust. It’s important to maintain confidences in any kind of society. A person who can’t be trusted to keep a confidence is rightfully held in contempt and shunned.

It’s similar to the case of a spy. Spies are professional betrayers and turncoats. They’re correctly despised in civilian society. It’s only when they’re working for a government against another government that some people consider them acceptable. But frankly, anyone who’s willing to be a spy—a narc or an informer of any type—is reprehensible.

International Man: In what situations should people report wrongdoing, and when should they not? What are the ethical issues here?

Doug Casey: First of all, being a whistleblower is always dangerous, no matter who you are or what the circumstances. In a prison, if you’re a squealer, a rat, they’ll kill you.

If you’re whistleblowing on a praetorian government agency like the CIA or FBI, you might also get killed—they’re dangerous people who are accustomed to violence. It’s a case where your coworkers correctly see you as a snitch, even if you’re a whistleblower who’s doing the right thing. Of course this makes people wonder what you were doing working with a criminal organization to start with.

Still, we have to answer an important question: What do you do if you discover that somebody is committing a crime?

It depends on the circumstances. But not because what’s known as “situational ethics” has anything to do with it. Squealing—or whistleblowing—is generally acceptable only when it’s about the State.

On the other hand, when a corporation or an individual does something wrong, it’s generally only an offense against another individual or company. The answer is not to announce it to society in general, but to tell the victim. In that case, you’re acting as a friend, not a stoolie, trying to right a wrong and save him from danger

Again, here’s the distinction. If it’s a government, which is supposedly working for the commonwealth, you should announce the crime to the public in general. And be a whistleblower.

When it’s a corporation or an individual, however, doing that is generally unethical and inappropriate. You should tell only the individual who’s being damaged. And even then you risk being known as an informer, a rat.

A good general rule is: Mind Your Own Business. A cynic could describe the earth as a prison planet. And the first rule in a prison is to mind your own business.

Likewise, the mainstream media, if it ever even mentions these hated whistleblowers, it’s rarely in a positive light.

What is really going on here? What did these whistleblowers do to provoke such extreme responses?

Doug Casey: The problem is that, historically, people have always thought of the government as being “we the people.” They’re taught that the government is working for their interests. That’s actually not the case.

It’s more correct to see the government as an entity unto itself with its own interests, which are not necessarily the same as those of society and its citizens. The reason the populace is suspicious of people who blow the whistle on government criminality—people like Assange, Snowden, and Manning—is they’ve been brought up to believe that the government is the good guy. So if you’re against the supposed good guy, you must be the bad guy.

It’s a matter of interpretation, like I said before. He’s a terrorist; you’re a rebel; I’m a freedom fighter. It’s your point of view.

People have it all upside down, however, when they automatically see government as the good guy. They’ve been brought up to believe that. They’ve been indoctrinated. The reason I say government is not the good guy, and is generally the bad guy, is because it’s built on force and coercion.

On the other side, perversely, people have been brought up to believe that corporations are evil entities, destructive because they’re interested only in profit. As I’ve said before, I generally dislike corporate managements. They’re like State employees in that the most ruthless, venal, and amoral tend to rise. But the idea of the corporation is to produce and create wealth. It’s essentially the opposite of the State—although they often work together.

Corporations, unlike government, actually create real value. They create valuable goods and services, and they do it voluntarily. But most people believe greedy corporations are basically evil—perhaps out of envy or perhaps because they’ve seen what some of the management has done—so they like to see whistleblowing on corporations.

I’ll give you a related example. The phrase, “giving back.”

You often hear wealthy people say, “I’ve made a lot of money and therefore I have to give back to society.” This is actually an evil inversion of reality. Perhaps evidence that they’re either stupid or guilty. And certainly thoughtless.

When you’ve made a lot of money, it should be because you provided goods and services to society. Unless you’ve actually stolen. You’ve already done something good for society. That’s why they gave you wealth, in trade for the wealth you created for them. You don’t have to “give back.”

Wealthy people who feel they have to “give back” are subtly, and not so subtly, signaling that they stole from society. No wonder the hoi polloi believe that business steals from them, and socialism is a good thing.

You never hear a government employee or official say that he’s going to “give back.” They’re actually the ones who have stolen, living on others’ involuntary taxes. The entire moral compass has been turned around and inverted in this regard.

International Man: That’s right. You often hear that government officials are “doing a service to the people.” It’s really a disservice.

Doug Casey: That’s exactly right. They talk about public service as being altruistic; it’s the opposite.

People have to look at the use of words and concepts here in the light of what’s right or wrong, what’s productive or destructive. And generally they have it all upside down.

That’s why the word “whistleblower” is so problematic. But an informer, a tattletale, a squealer, a rat, or a stooge is pretty unambiguous. Even if they’re the same thing. It’s just a question of who’s doing it, to whom, and why.

The media and most politicians have treated this whistleblower much more favorably than Edward Snowden, for example. Instead of persecuting him, many have gone out of their way to protect him.

It seems some whistleblowers are more equal than others. What is your take on this double standard?

Doug Casey: It’s definitely a double standard. It’s a question of whom you are loyal to.

Assange, Snowden, and Manning are loyal to the country and tried to expose the wrongdoing of government.

It reminds me of the movie, Serpico, that came out years ago. Frank Serpico was a cop who turned in corrupt cops.

I knew some New York cops who were familiar with him, and they hated Serpico. Not that the cops I knew were bad guys… but you have to remember that cops are loyal first to each other, then to their employer, and only then to the public they’re supposed to “protect and serve.”

It’s the same with all government organizations. Suppose you’re a US Marine and you turn in your buddies for committing an atrocity or mass murder. You may be a whistleblower, but your comrades will always see you as a squealer, a rat.

It’s the same thing with Assange et al. Because they were turning in the government, they’re viewed as traitors. In fact, they’re real whistleblowers and they’re doing the right thing.

Again, it’s like being in a prison. The last thing you want to do is rat out another inmate to the guards. That’s like signing your own death warrant.

Why is that? It’s because it’s an “us against them” environment. When you’re a prisoner, you’re either part of “us” or you’re part of the screws and the bulls—which makes you an enemy.

It’s a question of deciding whom you’re loyal to. In the case of whistleblowing on a government, you’re loyal to the country—as opposed to the government. When you squeal on your group in civil society, or for that matter in a prison, then you’re a rat.

It very much boils down to whether you’re making people aware of a government wrongdoing or whether it’s a private and therefore a civil matter.

International Man: The discourse on the topic of whistleblowers in the media and politics seems degraded. What does this say about society and where things are headed?

For instance, the IRS offers bounties for people who narc on their friends or employers if it appears they evaded taxes. It’s interesting—and very few know this—that the level of proof that the IRS requires in order to pay a bounty is extremely high, and very, very few people ever collect any bounty. But the fact they hang this carrot out there makes all kinds of people want to rat out their friends and employers. They feel it’s OK to collaborate with a Stasi-lookalike. Another sign of the degraded character of today’s society.

I’m surprised that Americans who turn in friends and employers—who gave them a job and improved their standard of living—aren’t ostracized. The opposite often happens, however, which speaks very badly of American society.

Editor’s note: Unfortunately most people have no idea what really happens when a government goes out of control, let alone how to prepare…