Doug Casey on The Culture War 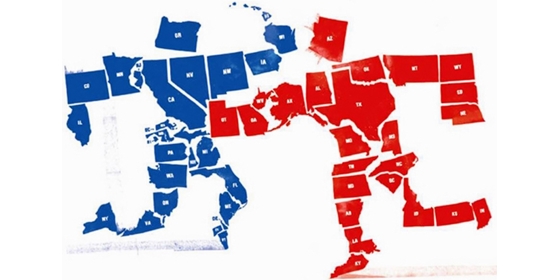 “Culture” is composed of the customs, traditions, and beliefs of a group of people. It’s a way of seeing the world and interpreting reality. It determines what’s right and wrong and good and evil. Culture is what ties people together or divides them. It’s a composite of religion, politics, economics, philosophy, and language—but the composite is more important than any one component.

Culture is what ties groups and countries together. When a cultural split develops—such as the one we now have in the US—a country cannot, and, more importantly, should not stay together.

It’s poisonous to keep different cultures together in the same political unit. Politics is all about deciding who decides who gets what, how, and at whose expense. It can be fairly cordial if everybody shares the same culture. If they don’t, it’s a formula for disaster.

In the US, politics has become a contest of who gets to impose their will on the rest of the country. When that’s the case, a country is best off dividing. It shouldn’t be held together artificially or by force, but voluntarily. Freedom of association is necessary for a civil society. People generally prefer to associate with those with whom they share a culture. Birds of a feather do, in fact, flock together.

The alternative is chaos or even civil war. I suspect what we’ve seen in the last few months is only an overture to what’s coming. The US is no longer a country that is united by language, ideas, ethnicity, or anything else. It has become a multicultural domestic empire. The essence of an empire is coercion. The divide between the components of the US is growing and solidifying.

Politicians talk about “bringing us together.” But that’s nonsense. Politics only brings people together by force—the way a pressure cooker brings things together. It may look like it’s succeeding for a while, but when the pressure builds enough, there’s an explosion. Cultures develop organically; political coercion can’t make disparate people like each other.

Apart from that, I’d argue the US has become too large, too complex, and too diverse to be governable. It’s very different from what it was at its founding—or even fifty years ago. For one thing, its central government is already totally bankrupt. Productive parts of the country will increasingly resent a corrupt Washington that supports itself, its cronies, and hordes of welfare recipients at their expense.

Perhaps the US should break up peacefully before the situation gets completely out of control.

But how? The last time the US tried to divide, the result was the (incorrectly named) Civil War. The unpleasantness of 1861–1865 was not, in fact, a civil war, but a war of secession. The South simply wanted to go its own way, much as the colonies did in 1776. A civil war, by contrast, is one in which two or more parties try to take over the same government. That’s very different from wanting to part company.

The South should have been allowed to break off, in much the same way that Slovakia and the Czech Republic separated or the way that Yugoslavia divided into six republics—or, for that matter, the way that the Soviet Union broke up into 15 republics.

Abraham Lincoln created the poisonous meme that the states should be held together by force. Most people now think it’s some type of crime to even intimate that the US could—or should—break up. Interestingly, there are groups in California, Oregon, and Washington that are talking about it, not to mention millions of Hispanics that see the Southwest as the object of a Reconquista.

The coming election is certainly going to be the most important one since that of 1860, which installed Lincoln and after which Lincoln precipitated the War Between the States. Americans in blue counties and red counties have come to dislike one another on a visceral level. At this point, families can’t even get together for a Thanksgiving or Christmas without acrimony. The situation is quite serious, and the hysteria over COVID-19 combined with a collapsing economy has made it much worse. As outrageous as it sounds, the US should divide into at least two smaller units. Americans can then peacefully choose which version of America suits them.

As it stands, the election will be contested no matter which side wins, simply because the country has become totally polarized. No matter who wins, the other side is going to be terminally unhappy with the result. Last week, I spelled out the six reasons Biden (or at least the Democrats) are likely to win. No matter who wins, however, about half the country is going to be very unhappy. There’s likely to be some serious violence as the winning side tries to impose its values on the losing side.

We know the Republican candidate will be Mr. Trump. But it doesn’t make much difference who the Democratic candidate is at this point. The fact that Biden is borderline senile is irrelevant. They could probably run a chimpanzee in Biden’s place and expect the same result because this election is about cultural values in general, and hating Trump in particular. It has little to do with what Trump does or doesn’t believe; he has no philosophical center, no real core beliefs. But he’s a traditionalist, a cultural conservative. And he is very outspoken. That’s why he serves as an excellent lightning rod for the building storm.

Unfortunately, he’s also an authoritarian and a jingoist at heart. His supporters equate that with strength. Unfortunately, Americans from both parties will want an authoritarian to keep some semblance of order as things get wild and woolly. I still think the Dems will win for the reasons I spelled out last week, despite their probably having overplayed their hand with their support of Black Lives Matter and even Antifa—things which could still tip the balance in Trump’s favor. When it comes to a choice between order and ideology, the average guy prefers order.

The election is still close to an even odds bet for that reason, even though the polls (and my own reasoning, for what it’s worth) say the Democrats will win. But after the election, we’re going to see some major fireworks.

Next week, I’ll discuss what things will be like under both the Harris Regency and the Trump Regime. Either way, what’s going on signals a new era. It’s a catalyst, dividing “before” and “after,” much the way the Kennedy assassination drew a line between the conservative 50s and the radical 60s.