Doug Casey on the COVID Thanksgiving Restrictions and the “Great Reset” 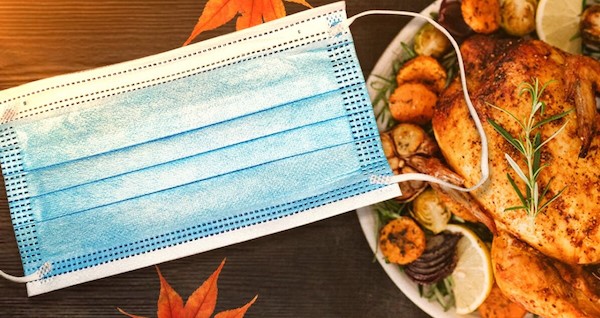 International Man: Thanksgiving and the holiday season are here. The COVID hysteria has justified a new wave of government restrictions.

Many governors and mayors are ordering citizens to “stay at home” and cancel their traditional plans.

Is this a “new normal” in which local officials feel emboldened to dictate more and more of what people can do in their own homes?

Doug Casey: There’s not much question about it. First, let me draw your attention to an important fundamental: the type of people who go into government. It doesn’t matter if it’s national, state, county, or city government.

They’re the kind of people who think they know what’s best for others and like bossing them around. They see the virus as a great opportunity to make themselves important and to cement themselves in power. They want to deconstruct America. The phrase “build back better” is being used not just by people in the new Biden regime but by people all over the world.

These people see the COVID hysteria as an excuse for a “Great Reset.” They don’t describe exactly what the elements of the Great Reset might be, but they’re hitting the same notes sung by the people that go to the World Economic Forum in Davos. They’re promoting a great change in the world at large and America in particular.

It appears the world is ready for it; however, it’s for the same reasons that Biden won the election. I listed six factors why I thought Biden would win in our interview a couple of months ago (link): the virus hysteria, a pending economic collapse, negative demographics, the moral collapse of the old order, and the Deep State, and, of course, cheating—which was critical in the short term. There’s no question that stormy times are ahead.

We’re headed for a great leap forward—to borrow a phrase from Mao—in State power. Much higher taxes, much higher inflation, much more regulation, a big drop in the general standard of living, and a fair measure of social chaos.

International Man: Among the most extreme examples of this dystopian power trip is from California’s governor Gavin Newsom.

Recently, he issued a list of nine mandatory requirements for Thanksgiving social gatherings. The ridiculous list includes things like “no more than three households” at Thanksgiving, mandatory masks at all times except when eating, and no shared family-style dishes for guests.

Has the COVID hysteria generated a serious new political threat to individual freedoms?

Doug Casey: It seems like the world is mimicking the dystopian movie, V for Vendetta, in which a virus played a major role.

If it’s not this virus, which is trivial for everyone except very old or very sick people, there will be another virus. In addition to the seasonal flu, about every decade, there’s something new—Hong Kong flu, Asian flu, swine flu, bird flu, SARS… all of them about as deadly as COVID, and none of them even remotely comparable to the Spanish flu of 1918. None of them, even the Spanish flu, had serious economic consequences. This flu is only serious because of the hysteria surrounding it.

Consequences? Testing will be mandatory, and you’ll need a health passport. At some point that may include being chipped, like your dog. What shocks me is that the average person is all for it. Everybody is a “Karen” today. They shame people who don’t wear their masks, despite the fact that masks are of little or no value. Masks, social distancing, lockdowns, and non-gathering are doing immense damage to society at every level—health-wise, socially, and financially. This nonsense is rupturing the social fabric everywhere. That’s extremely dangerous.

The fact is that people are looking for guidance from the government—not independent scientists, who are being “canceled” and de-platformed. This is more serious than the hysteria that started with 9/11, which is ongoing. The COVID hysteria can best be compared to the Salem Witch Trials, the Orson Wells Martian Invasion Hoax, or an end-of-the-world prediction in a religious cult.

International Man: California’s Governor Newsom was recently busted at one of that state’s fanciest restaurants for breaking the exact rules he imposed on everyone else.

When asked to comment, he said it was “an error in judgment.”

What’s your take on politicians like Newsom and others who are revealing that the lockdowns are “for thee and not for me”?

Doug Casey: I don’t think there’s a cure for it. You’ve got to remember that California has elected insane politicians for decades now—one after another after another, each one worse than the one before. Why should that trend change? The voters are clearly getting what they want.

In fact, the trend is accelerating towards more authoritarian leaders at every level. Fear is ruling the public psyche. And when people are afraid—whether of the virus, economic turbulence, a foreign or domestic enemy, or a hundred other things—they want “strong leadership.” Elected politicians have become an elected aristocracy, a new ruling class. And they like it.

The best thing that can happen to California is that it breaks up into several states.

Southern California around Los Angeles is one culture; San Francisco and Oakland are another culture. In the far north—places like Humboldt, Trinity, Siskiyou counties—are totally different cultures again. The farming areas are yet another culture. There’s absolutely no reason for California to be one state. Dividing it would be a way of limiting the damage.

But that’s not going to happen for a lot of reasons. Of course, as I’ve pointed out before, the best thing that can happen to the United States at this point is to break up into several different countries.

Politicians like Gavin Newsom live in their own silos. They’re like medieval royalty. They don’t know and don’t really care what the little people do as long as the little people pay their taxes and do what they’re told.

The plebs are so indoctrinated and browbeaten that they’re happy to pay their taxes and follow orders. They’re told it’s the cost of civilization when it’s actually a sign of how uncivilized the world is becoming, and how different the US is from the ideas that once made America unique. I don’t see any solution because trends stay in motion until they reach a crisis point.

A crisis is coming, and at that point, anything can happen. Generally speaking, when you have a crisis due to bad times, things usually get worse, because the most aggressive liars and power-grabbers take control. So, I’m not terribly optimistic about the near-term future.

Editor’s Note: There’s no question the elite are eager to promote policies like negative interest rates, the abolition of cash and more. These trends are in motion, and are accelerating at a rapid rate.

It’s all shaping up to be a world-class disaster…