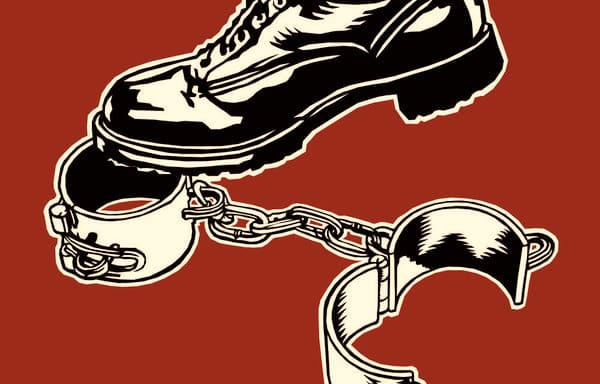 International Man: The world has become increasingly unfree. Recently, the global pandemic has justified all kinds of draconian measures by governments.

How do you see this trend evolving?

Doug Casey: It’s clearly a worldwide trend. The only exceptions are obscure places like North Macedonia, Belarus, and Nicaragua—and they have plenty of other, much more serious problems—and of course, Sweden, which is almost unique among advanced countries in not falling victim to the mass hysteria. Life there has gone on more-or-less normally since March as a result.

It’s not just the national governments, which are bad enough. States, provinces, cities, and counties have taken advantage of the hysteria to “do something” and lock down. For example, New York Mayor Bill de Blasio is putting armed guards around main entrances to New York to keep people out.

Numerous cities around the world, like Melbourne, Australia, have actually turned themselves into police states. This virus scare has gotten quite out of control. The average person thinks we’re living in a Steven King novel.

If it were just a matter of politics, people would be more apt to resist because people recognize the arbitrariness of political opinions. Interestingly, the hysteria also breaks along political lines. Conservatives tend to view it as overblown or even a scam. Liberals tend to see it as a crime if you aren’t masked up and locked down. The virus is a psychological litmus test.

Power mongers are using biology and medicine as excuses to take charge in the name of science. They’re saying that you don’t have a choice because you are affecting the health of others, not just yourself. Minor bureaucrats like Fauci and 2nd-string politicians like de Blasio have jumped on it, fanning the flames of a panic. It’s made them into “big men.”

It’s actually quite insane. COVID as a disease is only serious if you’re elderly or obese or have other serious conditions, which is why the average age of a COVID victim is about 80.

In fact, the deaths from COVID are probably not going to be much greater than they are from a bad annual flu, especially accounting for the fact that many deaths from things like motor accidents are often counted as COVID if the victim also had COVID. Like most things that become politicized, it’s hard to believe anything. The statistics are completely unreliable. What we’re dealing with is mass hysteria, similar to what happened in Salem in the late 17th century.

The matter should be just between you and your doctor. This is how the vastly more serious flu epidemics of the late 1960s and the late 1950s were dealt with. In the big scheme of things, they were non-events, as COVID should be.

This time is different. Your doctor doesn’t count. It’s the doctor with political connections, that counts.

How do I see this trend evolving?

The powers that be have discovered that a medical emergency is almost as effective as an actual war to get people used to doing as they’re told. It’s quite amazing how anxious the average American is to act like a whipped dog, roll over on his back, and wet himself. Those who don’t wear their masks—which serve little or no medical purpose; they’re basically virtue-signaling devices—are bullied and shamed. It’s gotten quite out of hand. The woke SJWs are in charge.

International Man: Let’s talk about one of the biggest threats to financial freedom—the Federal Reserve and every other central bank.

The currency printed by these institutions isn’t real money. That is to say, it wasn’t a result of a market process of people voluntarily coming to the conclusion to use a specific good as money. Government decrees, laws, and regulations made central bank currency money.

How can individuals protect themselves from this enormous swindle?

Doug Casey: It’s not just the US government. Every central bank in the world is printing up currency units not just by the billions, but by the trillions.

What you have to do is figure out where that money is going to go, and try to get there first. In this environment, rational investing is becoming increasingly impossible. The economy and society will become more chaotic. It has become foolish to have a long-term horizon, and to make other than hit-and-run-style investments. You’re forced to be a speculator.

I would point out that in a normal free market society, speculators would be chronically unemployed. Why? Speculating, more than anything else, is capitalizing on politically caused distortions in the market. There would be very few in a true free market.

But now, as powerful as governments are, distortions and politically caused misallocations of capital are everywhere. With regulations and tons of money being thrown at the markets, you’re forced to speculate. It’s too bad because speculation is not productive in itself; it’s a zero sum game. It’s very different from investing, which is allocating capital to create more wealth through innovation and production.

However, we don’t make the rules. That, unfortunately, is something our betters have arrogated to themselves. We’re just playing the game. If you don’t want to get hurt, it’s important to learn to play the game successfully.

That means orienting your mindset to that of a speculator. Most people will confuse speculating with gambling, however, and they’ll wind up losing everything. They’ll wind up much worse off by treating the stock market like a casino.

The simplest thing you can do at this point—other than watching where the money is going and getting there first—is continuing to buy gold and silver and setting them aside. At a minimum, that will preserve your capital.

Unfortunately, neither metal is no longer a giveaway bargain. On the other hand, the trend is clearly in motion, and it’s accelerating. They’re going much higher. Gold would have to go to about $3000 to equal—in real terms—it’s peak of $800 back in 1980. And the situation is vastly more precarious now than it was then. I expect the current bull market to take it much higher.

Right now, the best speculations are mining companies. They have done extremely well, but relative to the gains in the underlying metals, they’re lagging.

That’s true because none of the big fund managers own gold stocks. Why not? They don’t understand gold. They think that it’s a pet rock.

But at some point, soon, they’re going to pile into these mining stocks. They’re now hugely profitable and becoming more so. Even the biggest ones are relatively small-cap companies in today’s world. Most miners are not just small-cap, and they’re not even micro caps. They’re nano caps. The market caps of every gold producer in the world adds up to around $200 billion. That’s only a bit more than the cash that Apple alone has in its treasury.

These things could be more explosive than they have ever been in the past. To use a phrase, I coined to describe past gold-stock bull markets: It’s going to be like trying to funnel the contents of Hoover Dam through a garden hose.

It’s really a pity that the average American is being swindled by the Fed, and the government in DC, and a pity that almost nobody owns gold or silver physically, and many fewer own mining stocks. But let’s try to take advantage of the unfortunate reality.

International Man: In the US, and much of the West, most people are willingly handing over their dwindling freedoms for the promise of safety or security.

Is there any hope that something will reverse this trend?

Doug Casey: Again, trends in motion tend to stay in motion. Until they stop.

But what generally stops them? Something big. Usually, a crisis or a collapse.

Here’s an example. You would have thought that the trends in Venezuela and Zimbabwe would have stopped years ago. You’d think those people could see how bad things were getting and say, “Wait a minute, we’re going down the wrong path.” But that’s not the case.

Neither Venezuela nor Zimbabwe is going to turn around until there’s a complete and utter collapse followed by serious violence. That’s the case almost everywhere—trends in motion stay in motion until they reach a crisis. I don’t think you can reverse the trend with half measures, like voting.

Why don’t I think you can reverse the trend?

It’s because, over the last roughly three generations, almost everybody has gone to college. Meanwhile, colleges have been transformed from places where you received an education, something useful, to institutions of mass indoctrination. The tenets of cultural Marxism, socialism, and statism have filtered down to high schools and even grade schools.

When people are at a crucial time in their life, late teens and early twenties, and they’re taught something. It’s very hard for them to unlearn it. It’s very much like when I started playing polo. I thought I knew how to ride a horse because I could stay on when it went faster than a walk.

As a result, I picked up all kinds of bad habits and cost myself years, having to unlearn bad habits. Whereas, if I just learned the proper way to do things to start with, I would have been far ahead in the game.

That’s the problem with kids going to college and high schools, and even grade schools, today. They’re hit with instruction that’s often not just wrong, but the opposite of the truth. It’s very hard for them to unlearn it.

As Will Rogers liked to say, the problem isn’t even what people don’t know. It’s what they think they know that just ain’t so.

It’s reinforced by ads that corporations put on television, and the huge amounts of money they give to left-wing organizations. You’d think they’d be interested in defending capitalism—but that’s incorrect. Lenin was correct when he commented that the capitalists were so stupid that they’d sell him the rope he’d use to hang them.

That’s on top of Hollywood, the propaganda coming out of thousands of NGOs, and mostly everything that politicians say.

I don’t think the trend is going to turn around. In fact, it’s accelerating, and it’s going to continue accelerating until we reach a nasty crisis.