Doug Casey on Some Encounters with US Deep State Sociopaths 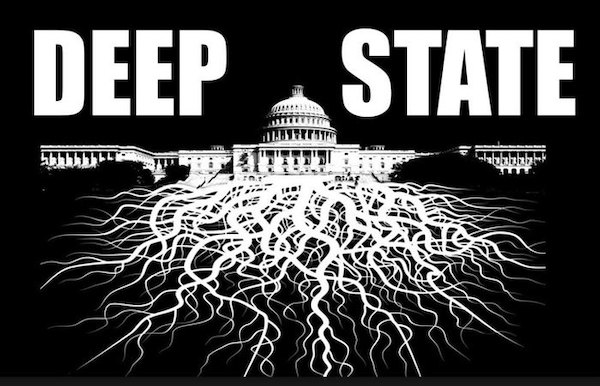 International Man: Government attracts sociopathic types who are interested in wielding power over others. These are the kinds of people who rise to the top of the Deep State, the permanently entrenched bureaucracy.

You’ve met your fair share of swamp creatures. Tell us about the time you met former Vice President Dick Cheney.

Doug Casey: It was at the New Orleans Investment Conference, the year Dick Cheney was running for president. A friend of mine who took a dislike to Cheney invited me to join him at a special meeting that had been organized for Republican fat cats—potential donors to Cheney’s campaign.

Cheney was pressing the flesh and holding forth. I joined the group, and Cheney comes up to me, as he did to everybody. He says, “Dick Cheney, it’s nice to meet you,” and sticks his hand out. I looked at him and said, “Dick, I’m not going to shake hands with you. I despise you and everything you stand for.”

I thought that delivering a verbal gut blow in public might shatter his criminal persona. But he’s a skilled politician and has been around the block many times.

His comeback was, “Well, why do you say that?” That gave me 60 seconds to detail exactly why I thought he was a horrible human being. He tried not to show it, but it threw him off balance and destroyed any possibility of raising money from the assembled fat cats. I think it’s important that self-important public figures be treated appropriately, as they deserve.

About a week later, I was at another conference in San Francisco. Cheney was also there; he was attending all of the hard money/conservative conferences. He figured that attendees—wealthy, conservative Republicans—were likely donors to his campaign.

Anyway, my friend Mark Skousen ran into Cheney at the Hyatt’s business center.

Mark went up to Cheney, and to break the ice said, “Mr. Cheney, it’s nice to meet you. I understand that you met my friend Doug Casey last week in New Orleans.” I don’t think Mark was trying to wave a red flag in front of an angry bull—just being naive.

Cheney wouldn’t shake hands and refused to talk to him.

That was interesting because I would have thought that Cheney would have just disregarded me as another heckler. Apparently, my having ruined his day in New Orleans put him on a slow burn. Perhaps it ruined his week.

The next year, when I was still a trustee at Washington College, Stephen Balch, the founder of the newly formed National Association of Scholars and Trustees, invited me to join the organization. Lynn Cheney, Dick’s wife—a thoroughly distasteful pear-shaped harpy—was also at the meeting. She was being recruited as an influential bigwig. We took an immediate and visceral dislike to each other. I was subsequently disinvited to join, which came as no great surprise.

International Man: Another notable Deep State figure is former Speaker of the House, Newt Gingrich. You’ve met him several times and have even debated him on a conference stage.

Tell us about your experiences with Newt Gingrich.

Doug Casey: I met Newt also at the New Orleans conference. Although I lived in Washington DC for many years, I never associated with Deep State types. But, as I said, they often show up at financial conferences, where conservative rich people can be tapped for donations.

I had a private lunch with Newt. It was pleasant enough, although, like most conversations with politicians, completely meaningless. Newt seemed incapable of originating any thought that wasn’t a programmed talking point. Pols are experts at dodging questions—they like to limit the conversation to inoffensive subjects like the weather and the state of the roads.

I was unsuccessful in getting him to talk about any serious philosophical or historical issues. But I was able to turn the conversation to the events of 9/11—because this was only two months after they occurred.

I asked him: “What do you think about what happened to Building 7.” And, he said, “Building 7? What do you mean?”

I explained to him that it was a 47-story office building, which wasn’t hit by a plane, but nonetheless collapsed in its own footprint—as did Buildings 1 and 2—later on the same day. He looked at me and said, “What are you talking about? I’ve never heard about that. Is that right?”

I was flummoxed that somebody in his position didn’t even know that a third major building in the WTC had gone down on 9/11. The event has never been adequately explained, and nobody cares, even though its collapse confounds the laws of engineering and physics.

It was obvious to me that he sincerely knew nothing about it. Of course, Building 7 was never talked about in the news. That giant omission is inexplicable and brings up all kinds of questions about what really happened that day and who was really at fault.

I don’t think Newt had been exposed to it because these people live in a silo, where they only talk to their handlers, sycophants, and other Deep Staters in similar positions.

Newt, a leader of the Republican Party, really didn’t know anything beyond his talking points. He had no observations worth remembering about history or economics either—the two things that he was supposed to know more about than most. No doubt he’ll deny the encounter if asked about it. My parting words to him were, “Be sure to check out Building 7.” He may or may not have asked anybody else about it since he would risk being labeled a conspiracy theorist. Here is a man who passes as an intellectual in the brain-dead Republican party but who has about zero intellectual curiosity.

International Man: Many people don’t know this, but you were a classmate of Bill Clinton at Georgetown University. Can you tell us about any of your encounters with the former president?

Doug Casey: I’ve had three encounters with Bill Clinton over the years, but only two worth mentioning. I’ll dispense with stories about him worshipping at the altar of a porcelain god after a night of debauchery—so did most everybody in the class. Or that it’s said he wasn’t much of a ladies’ man in those days. I guess that came later, with political success.

Anyway, in our freshman year, Bill knocked on my dorm room door and introduced himself, saying that he was running for class president. Even then, I had no interest in politics—certainly not something as trivial as a student council president.

It was a brief conversation, and my response was something like, “Okay, nice to meet you, but student government really isn’t my bag …. ”

The next time I saw Bill was at our 25th class reunion. It was very nice of him to throw a party for our class at the White House. It was a black-tie event—a big deal because he was the president.

I was taken aback by his apparent sincerity. Maybe he remembered me from one of the big TV shows that I’d been on and put two and two together. Maybe he has an eidetic memory. Or, maybe he just saw my name tag without tipping that fact.

One thing is certain about Bill Clinton: He’s as charming a man as you could ever hope to meet. When he’s talking to you, you feel like you’re the only person in the room and that you’re certainly the most important person in the room. My classmates who knew him well all tipped him as a likely president.

The third time was at our 50th class reunion, which was much smaller and obviously wasn’t at the White House. He was, understandably, still the center of attention. He was very affable, and a lot of guys circled around him.

One thing I remember clearly from our 25th reunion, even though the alcohol was flowing freely, was Hillary’s presence. She kept to herself, but what stuck out to me and the guys that I was talking to was that she was surrounded by four or five young, very good-looking girls. They were like a mini-Praetorian Guard. They reminded me of young velociraptors, the stars of Jurassic Park, pert and alert, their eyes darting everywhere, observing everything around her, making sure she wasn’t molested.

The cute velociraptors brought to mind a joke…. But maybe certain rumors are true…. Do you know the joke about why Chelsea Clinton is so ugly? The answer is Janet Reno was her father. That was a long time ago, of course, and some of our readers may not get it.

International Man: The American people have always been enamored with celebrities. In the past, it was movie stars and singers, but in recent years, Deep State politicians have become the new celebrities in the American public’s eyes.

What are your thoughts about that? And what does it say about society and the future?

Doug Casey: It speaks very poorly of the American people.

I think the first president who was something of a real celebrity was Teddy Roosevelt. He was, in fact, an interesting man, not just a media-manufactured personality. Adventurer, author, athlete, and Renaissance man in many ways, he would have been a boon companion to simply hang around with. But he was a horrible president. A “progressive” who encouraged every type of government activism, a “trustbuster,” and general busybody sticking the government’s nose everywhere into the country’s business. And worst of all, he was a warmonger, basically having made his bones on San Juan Hill in Cuba.

Teddy Roosevelt was the first celebrity president, starting the cult of personality in US politics.

FDR made himself into a celebrity with his great style and his fireside chats, pandering to the common man with his own money while greatly worsening and lengthening the Great Depression.

JFK was the next celebrity president. He was young, good-looking, well-spoken, and had a very pretty wife.

And, of course, Ronald Reagan, a well-intentioned actor.

As time has gone on, we’ve moved more and more toward celebrity presidents—people who build a cult of the personality around themselves. Something Stalin, Mao, Hitler did very successfully. And Third World despots all try to do.

I’ve got a feeling Hollywood will become increasingly important in politics. The public has always enjoyed watching actors, but throughout history—from ancient times—they were on the bottom rung of society. People of quality and stature didn’t want to be personally associated with them, no matter how famous they were.

They were one deviation above prostitutes, conmen, spies, and thieves—they’re professional liars. Actors pretend to be somebody they’re not. Professional deceivers. Not until very recently were actors idealized. You have to respect their skills, of course. And some actors are decent people just doing a job, entertaining; I’m all for them.

But, that said, they’re generally poor role models or moral examples because the nature of acting is to project a false image. Being a skilled liar is rewarded. There’s a reason Hollywood is famous for depravity and dissipation.

There are now many actors who have mentioned their political ambitions. Not least of them are Meghan Markle and Ben Affleck.

Nowadays, fame, name recognition, and being good-looking are much more important to the public than ideas or character. It’s a very bad trend.

Editor’s Note: Sociopaths are drawn to the government. They seek power and control over others through coercion, taxation and more.

The best you can and should do is to stay informed so that you can protect yourself in the best way possible.