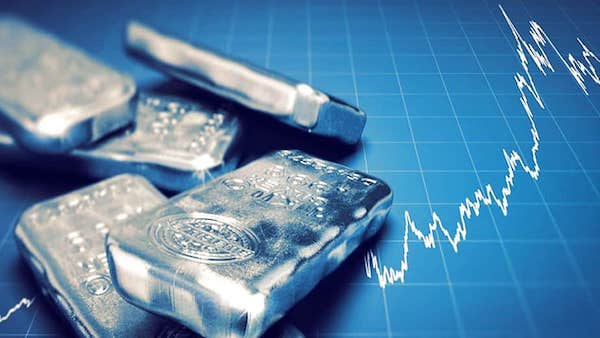 Doug Casey: Throughout history, three metals have been used as money: gold, silver, and copper. All share the five qualities of good money—durability, divisibility, portability, consistency, and intrinsic value—but in different proportions. All three metals can be bought for the same reasons as well—each is a long-term store of value, a medium of exchange, and an interesting speculation, at least periodically.

Gold has always been, and probably always will be used primarily as money. Copper will probably remain an industrial metal. Silver falls neatly in between them both in price, the way it’s used, and where it fits into your investment portfolio. It can be viewed both as a way to save—like gold—and a way to speculate—like copper.

Of the 92 naturally occurring elements, silver is the most reflective and the most conductive of both heat and electricity. Those things make it a high-tech metal; there are new uses discovered for it almost every day.

You’ll recall that gold is the most malleable, the most ductile, and the most inert of the elements. Both of these monetary metals have “use” characteristics that distinguish them.

The economics of production are quite different for gold and silver. There are very few stand-alone silver mines that make money at today’s silver price. Most silver is only a byproduct of lead, copper or gold operations. Most of the gold mines in the world today are profitable; however, even when using “all-in sustaining costs,” which include everything from admin to prospecting to replace reserves and to site reclamation years in the future. In the past, most mines reported only cash costs.

The market dynamics of silver are very different from those of gold in a number of ways. One important consideration for a speculator is that silver is a much smaller market, partly because an ounce of gold is worth about 80 times more than an ounce of silver. When people get interested in it, it tends to move explosively.

International Man: While silver has monetary value, it is primarily an industrial metal. What are the implications?

Doug Casey: If the economy slows down a lot, which I expect as we go into the Greater Depression, industrial metals are likely to get hurt. But silver has a few things that ameliorate that situation.

As I said, more high-tech uses are being discovered all the time, helping the consumption side of the equation. The fact that it’s mostly a byproduct of industrial metals means that as their production drops in an economic downturn, the production of silver will drop as well.

I’m much more bullish about silver than any other industrial metal—with the possible exception of uranium. At the same time, the fact that it’s a monetary metal is going to bring in a lot of buying from savers and speculators, further supporting its price.

International Man: During a gold bull market, silver tends to perform better than gold. Why is that?

Doug Casey: Although about 80 million ounces of gold are produced every year, new production of gold is really unimportant to its price. That’s because all the gold that’s ever been mined, the 6 billion ounces that I mentioned before, is still above ground. What influences its price is the desire of people to hold it—not the roughly 1.3% added to its inventory every year. Gold is almost unique in this regard.

With silver, however, there’s not a huge relative amount of inventory to deal with. I don’t have that number, but it’s basically about new mine production. Silver inventories are in line with other industrial metals—very different from the days when the US government alone owned two billion ounces, not counting the billions more that used to be in US dimes, quarters, halves, and silver dollars. In relative terms, everything about silver is small, and small markets by their nature tend to be volatile.

There’s another thing: For many years, silver has developed a lot of fans who see it almost as a religious icon. Maybe they’re people that can’t afford gold, but silver has always, for some reason, been viewed as almost a magical element by some people, mostly Americans. They’re much more fanatical than gold bugs (among which I have to number myself).

Copper is the third monetary metal. Ever since ancient times, we’ve had not only gold coins and silver coins but copper coins as well.  Most people are unaware that there’s no longer much copper in pennies. Before 1982, pennies were 95% copper and 5% zinc. Since then, they’re 97.5% zinc and 2.5% copper. It’s just a copper coating because copper’s too valuable to put into the coins; it is a subtle, but effective fraud.

In fact, it costs the U.S. government about two cents to make every zinc penny fraudulently represented as a copper penny. Of course, when all the silver went out of higher denomination coinage in 1965, the average American neither knew nor cared that what used to be 90% silver is now just copper clad with nickel to look like silver.

I’m sure that the penny and all other coins will go out of production in the near future. Even parking meters now accept credit cards—which are also on their way out. Pennies, nickels, and dimes are barely worth picking up. What can you buy with a quarter? Basically nothing. A silver quarter is worth about $4, however.

In fact, all metal coins are going out of production in the same way that paper money is, unfortunately, giving way to digital money. We shouldn’t call them “coins”; coins have value for the metal they’re made from. All we have today are tokens, officially ordained slugs.

International Man: Silver is prone to crisis-driven price spikes. How has this played out in the past, and how does it compare with the situation today?

Doug Casey: In the 1960s, there was a book, Small Fortunes in Penny Silver Stocks, written by Norman Lamb. It was very influential at the time. The book talked about the Spokane stock exchange, which no longer exists. It primarily listed silver companies—roughly 100 of them, in the Coeur d’Alene area.

In the book, Norman pointed out one silver stock, Coeur d’Alene Mines, which, during the great bull market from the early 60s to 1968, went from two cents to $20. A 1,000-to-one shot. Coeur d’Alene Mines still exists today, which is pretty unusual, because most mining stocks are burning matches.

Silver broke free from its government-mandated price of $1.29 and hit about $6 an ounce. You have to remember that for most of the history of the US, silver was price-controlled by the US government and at a fixed ratio with gold—about 17-1. That proved unsustainable, like all price controls.

Ratios between commodities—hogs to cattle, wheat to soybeans, you name it—are constantly changing with various supply-and-demand factors. The fact that its ratio to gold used to be much lower than it is today is not particularly a reason why I’m bullish on silver.

I’m bullish on it mainly because commodities are about the only area of the financial markets that haven’t seen a bubble, such as stocks, bonds, and housing. But I believe they will.

If we get the kind of precious metals bull market that I’m anticipating, mining stocks, particularly silver stocks, could do phenomenally well. We’ll see them move 10-1 as a group, with some doing much better. It will have been worth the wait.

Editor’s Note: Doug Casey’s forecasts helped investors prepare and profit from: 1) the S&L blowup in the ’80s and ’90s, 2) the 2001 tech stock collapse, 3) the 2008 financial crisis, 4) and now… Doug’s sounding the alarms about a catastrophic event. One he believes could soon strike. To help you prepare and profit, Doug and his team have prepared a special video. Click here to watch now.