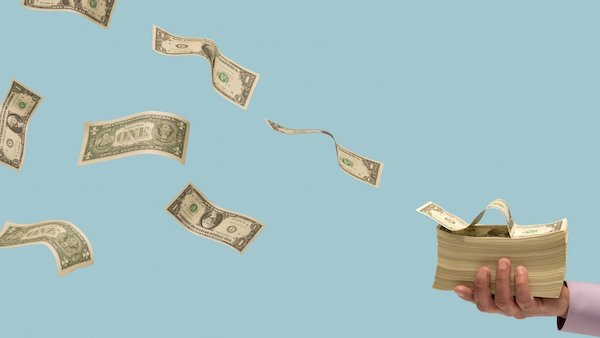 Doug Casey: When you tax unrealized capital gains—as they do with foreign stocks in a number of countries, like New Zealand, where it made my life expensive and miserable while I was living there—any stock market assets that you have are marked to market annually. This is a big disincentive to own them because whether you sell the asset or not, you’re going to pay taxes as if you’d sold it.

This is why very few Kiwis own foreign stocks. They’re liable to be taxed on gains, whether or not they sell and actually pocket the gains. I presume that’s what Yellen is talking about. It would make it pointless to buy a stock like Berkshire Hathaway and just hold it for decades to escape capital gains taxes. But the bright side is that if this law was in force, Warren Buffett would no longer be able to whine about the injustice of paying fewer taxes than his secretary.

I question whether the proposal will be enacted, though, simply because it’s so stupidly destructive. It’s clear that Yellen needs to collect on some more six-figure speeches to gain a proper understanding of it and get off that hobby horse.

It’s not just Yellen, though. Perhaps she can be excused because she’s a clueless and corrupt academic with about zero experience in the real world. The real problem is the comments I’ve seen from fund managers. Many are disturbingly stupid. By that, I mean that few seem to question either the economic sanity or, more importantly, the morality of the State adding on another layer of taxes. It’s almost as if they view themselves as sheep that should be shorn. They accept their status as serfs with bovine complacence.

What may be in the back of Janet’s mind is the realization that if the rich—i.e., people with assets—get too rich as a result of her money printing, it could foment a revolution. The proposal amounts to an indirect wealth tax. I suspect it’s mostly about social engineering, not revenue. With the government running $2, $3, or $4 trillion per year deficits, at this point, tax income isn’t—relatively speaking—very important anymore. The government is getting its funding mostly by selling debt to the market and printing money.

The next step is a formal wealth tax, as well as a value-added tax (VAT). When the government is not only bankrupt but running giant deficits that are a significant portion of the GDP, financed by printing money, nothing is off the table.

International Man: Recently, Business Insider put out an article titled “The US should copy Argentina and pass a new tax on the wealthy to help deal with the COVID crisis.”

What do you make of this idea of copying Argentina and the fact that such ideas are sprouting up even in ostensible business publications?

Doug Casey: It’s testimony to the fact that the publication is run by either knaves or fools—almost certainly both. The Onion could have a headline like that, except Boobus americanus is so ignorant of economics, nobody would get the joke.

The US is basically running Benito Mussolini’s playbook, which is to say the complete melding of big business and government. And it’s natural enough. They go together, money from business and power from government.

The bottom line is that the so-called “public-private partnership” looks good for big businesses—if you believe that theft is good—but it’s not good for anybody else.

Argentina is supposedly instituting a one-time wealth tax of roughly 3% on all fortunes above $2.5 million. They say they’re going to use that money to spend on COVID, which of course is a total waste. In fact, it’s mostly for bailouts, subsidies, and payoffs to cronies—all of which are standard in Argentina. And some money on “education.” Who can object to spending more on (mis)-educating the kids and feeding money to the teacher’s unions?

Again, the most shocking thing about this is that people are so ignorant that they would actually bring up Argentina as an economic model in any way. The country has transformed itself from one of the richest countries in the world to something that’s just hanging on to third-world status at this point. And it’s getting worse. It shows not only the complete economic ignorance of the US business community but its moral bankruptcy. The situation is, in fact, now completely hopeless.

“My first order of business on the @SenateFinance Committee — the committee that leads tax and revenue policy in the Senate — will be to introduce legislation for a #WealthTax on fortunes above $50 million. It is time to make the ultra-rich pay their fair share.”

What are your thoughts on the concept of a wealth tax? Will it really only be targeted at the ultra-rich? It seems that it’s just a misleading tactic to get people to accept the concept, which will likely then be applied to more and more people.

Doug Casey: Almost all income taxes in the US are paid by the middle and upper classes at this point. The bottom 50% pay essentially no income tax—although they’re ripped off for 13% on Social Security tax. The rich pay much more than their “fair” share.

Warren is a genuine criminal personality, using typical and well-worn socialist rhetoric, or I should say, Bolshevik rhetoric. She’s making out the ultra-rich as thieves, who must now pay their “fair” share. Beware of anyone who uses the word “fair” in a speech. Although to be honest, many of the ultra-rich today have gotten that way because they’re cronies. They cling to the government and capitalize on the fire hydrant of money spewing from the Federal Reserve.

People forget that up until the War Between the States, import duties were basically the only source of income for the US government. The idea of an income tax, much less a wealth tax, would have been way beyond the pale.

Will this wealth tax be targeted only at the ultra-rich?

By the time World War I ended, the top bracket rose to 78%.

Now everybody thinks the income tax is a fixture in the cosmic firmament. The same thing will happen with the wealth tax. One consequence is that the wealthy and liberty lovers will move out of the country and renounce their citizenship. The ultra-wealthy that stay will hire lawyers and accountants to dodge its worse consequences.

As usual, the middle class will be the most adversely affected by it. They’re generally not in a position to either leave the country or hire the help that it takes to get them out of it.

Similarly, the US government is going to be running multi-trillion-dollar deficits for the indefinite future. The Fed printing money is the only way these deficits can be financed, which is what so-called Modern Monetary Theory (MMT) is all about.

Are a UBI and MMT already here? What comes next?

Doug Casey: MMT and UBI are basically already here. Out of the trillions being created for the COVID hysteria, only a relatively small proportion of that is going to the average American. But they’re getting used to a few thousand bucks in their rice bowls every so often. Most of it, however, is going on idiotic pork-barrel spending—everything from throwing money at the Post Office to more foreign aid, every insane boondoggle you can imagine attributed to a flu bug.

The fact of the matter is that the Bolsheviks have taken command of the US government. The Democrats control the House, the Senate, and the presidency. They will control the Supreme Court when they pack it. They’ll use the next two years to cement themselves in place—permanently.

And I’m not kidding when I call these people Bolsheviks. They’re precisely the same character type, as were the Jacobins in 1789 France and the Red Guards in Mao’s China. It’s idiotic of Republicans to say, “We’ll get back in 2022.” Not that the weak-kneed and spineless Republicans would be much of an improvement. Republicans are devoid of any moral or economic philosophy, while the Democrats are hardline statist ideologues.

What’s actually happened is we’ve had a “color revolution” in the US, like those the US government has fomented in other countries around the world, especially in the MENA region and Ukraine. Now that doctrinaire leftists have taken over the US, it’s a totally new game. And it’s rapidly becoming a totally different country.

International Man: We just discussed a couple of examples of this trend today. What can the average person do about it?

Doug Casey: There’s not much you can do at this point. Especially with the stock and bond markets at tippy top levels, just make sure you don’t lose what you have. As I’ve said for years, buy gold, buy silver and buy gold and silver stocks. That’s been excellent advice. And it’s going to continue to be excellent advice for some time to come. Also, buy Bitcoin because as high as it is, it’s going higher.

It’s important here to emphasize that your major risk in the world now is not so much financial—although financial risks are huge—but political. It’s important you gain a legal second residency in another country in case things really get really bad in the US. Also, start working on foreign citizenship so that when an American passport becomes too much of a liability, you can discard it.

For the wealthy who stay put, remember the government will need lots more money. They’ll try to take it from you. Being a rich guy who doesn’t “talk the talk” in the US will be like being a rich guy in China after Mao took over or a rich guy in Russia after Lenin took over. It won’t amount to much.