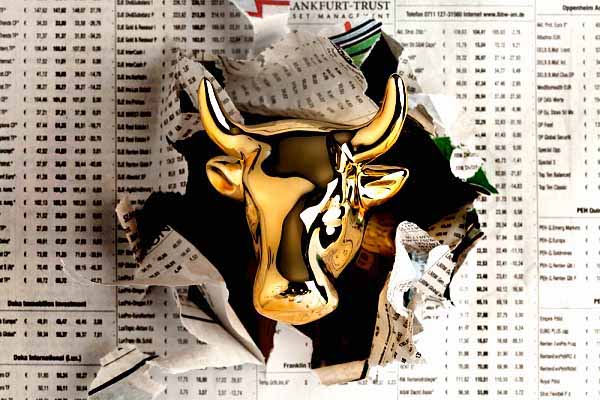 International Man: What are your thoughts on the mining business?

Doug Casey: Gold mining was once an excellent business. For example, take the Homestake Mine in Deadwood, South Dakota, discovered in 1876, about the time of Custer’s Last Stand actually. After they went into production— selling shares in local saloons to raise capital—their dividend was something like 100% of the initial share price, per month. It was, as the phrase goes, “like having a gold mine.” Today, however, a gold mine can be as much a liability as an asset. The world has changed since that phrase was coined.

Even though the technology was very primitive and inefficient in those days, labor costs were low. You didn’t have to worry about environmental problems. There were no taxes on everything you earned. You didn’t have to pay mountains of money to lawyers. NGOs and native groups weren’t hanging around, looking to perform a shakedown. Today, you probably pay your lawyers more than you pay your geologists and engineers.

Gold mining is unfortunately no longer a business in which, like in the movie The Treasure of the Sierra Madre, you can get a couple of guys, some picks, and mules and go out and find the mother lode. Now, it’s a large-scale, industrial earth-moving operation next to a chemical plant.

Worse, mining is now one of the most politically incorrect of all industries. The public hates it. They think miners rape the land, displace native people, and burn up Mother Earth’s natural resources. And sometimes they do; development necessarily upsets some apple carts. But mining—believe it or not—is now usually more eco-friendly than most agriculture and a lot of manufacturing.

Not only that, but since people have looked for mineral deposits for thousands of years, the earth’s surface is pretty well picked over. Prospectors have been looking for valuable deposits basically forever, and the low-hanging fruit is gone. Remaining high-grade large-volume deposits are typically in unstable, undeveloped countries—places where you really don’t want to invest perhaps a billion dollars in an immovable asset.

Most so-called mining companies are really exploration companies. They usually have neither an asset nor a source of income. Instead, they spend money looking for viable deposits—which is quite literally like looking for a needle in a haystack. Finding some gold is one thing. Finding an economic deposit of gold is something else entirely.

And even if you do find an economic gold deposit, it’s exceptionally difficult to make money mining it. Most of your capital costs are upfront. The regulatory environment today is onerous in the extreme. Labor costs are far above what they used to be. It’s a really tough business.

International Man: How can the mining business be a terrible business to operate and invest in, while at the same time being an excellent place for speculations that can offer life-changing profits?

Doug Casey: I’m not sure how many thousands of gold mining stocks there are in the world today. Let’s say about 2,000, though most of them are junk. If they have any gold, it’s mainly a word written on their stock certificates.

So why are we interested in this area? It’s because more than any other area, mining in general, and gold mining in particular, is driven by fear and greed.

If the price of gold doubles, from $1,000 to $2,000, your profits go up at least tenfold. They don’t just double like the price of gold has. And of course, everybody hopes that their little company, which might have a market cap of a few million, will stumble on a deposit worth a few billion. Maybe your stock goes 100-to-1 or more. Unusual, but it happens.

International Man: Doug, you’ve been involved in the space for over 40 years and made huge profits. You’ve seen numerous market cycles. Where are we in the cycle right now?

Doug Casey: I think this is the end of a long bear market cycle that started in 2011.

Until recently some mining stocks were selling for less than the cash they had in the bank. So, you got the property, the technology, the management, all these things for free. That stage has past, but it’s unimportant. The big gains are still ahead.

Mining stocks have been poking their heads up above water now over the last year and have done quite well recently.

I’ve been in this business since Nixon devalued the dollar in 1971 and gold rose from $35. Since then there have been about five gold mining bull markets where the market as a whole for these stocks went up ten to one and then subsequently crashed about 95%. In other words, it went down more than it went up in all these cases. Right now, we’re once again at a cyclical bottom.

With all the money that’s been created by governments and central banks, and as cheap as these mining stocks are right now, the chances are excellent we’re going to have a gigantic bull market. Maybe the last one, since I expect the world is going back to using gold as money—at which point we’ll have a stable gold price.

In the meantime, I think mining stocks could go absolutely insane. The prices will have no relation to fundamentals, because everybody will want to own them.

Now’s the time to get into these stocks. It’s possible to make life-changing returns in them in the course of a 3–5-year cycle.

International Man: Recently, the price of gold broke through a 6-year trading range and has kept rising. What does this tell you?

Doug Casey: We’re in a new gold bull market. You’ve got to remember that gold’s last peak—actually this is true of most commodities—was back in 2011.

Over the last several years, they’ve bottomed, and now they’re headed up again. At least gold and silver are. The others—grains, tropicals, meats—will follow.

So, I’m very bullish and optimistic.

International Man: How are you positioned right now in the mining space? How do you sift through all the noise?

Doug Casey: Well, at this point you can throw a dart at a list of gold stocks and you’ll probably make money. That’s what happens in bull markets, but that’s certainly not the best way to do it.

Most of the investment letters that follow mining stocks seem to have gone out of business during the last bear market, but there are a few that I follow.

I used to make a trip to a mining project someplace in the world at least seven or eight times a year when I was doing this very actively.

I don’t do that so much anymore. Partially because I’ve been there and done that. The idea of crawling around hundreds of feet underground in dark, wet, cold tunnels, or helicoptering to mining camps in the middle of the jungle has less appeal for me than was once the case.

These were great adventures while I did it. But there are a few guys in the business who are competent and honest and still do that. I let them sort out the wheat from the chaff.

When possible I buy stocks in the form of private placements. That’s because, for the reasons I indicated earlier, mining companies are constantly raising money, at least while they’re in the exploration and development stage.

International Man: What are your thoughts on Marin Katusa?

Doug Casey: I’ve known Marin for 15 years. Over the years, I’ve known scores of guys in this business, and I think Marin is at the top of the pyramid.

The fact of the matter is that Marin is unique. He knows how a mine works, having actually built a successful mine himself. He understands the markets for the metals and the details of both exploring and producing. He has as good or better a grip on those things than anybody in the investment business today.

But equally important, Marin has the street smarts to size up the character of people who run these companies—which is absolutely critical. And he knows how to structure deals that are investor-friendly.

I pretty much reflexively buy all of the deals that Marin gets involved in.

Editor’s Note: Doug Casey and Marin Katusa just released an urgent video which outlines exactly how they’re positioned to profit from this rare opportunity in the commodities markets.

They discuss how this situation has played out numerous times and why even a small amount of money put into the right mining stocks today could deliver life-changing rewards. Click here to watch it now and see how you could join them in making enormous profits.