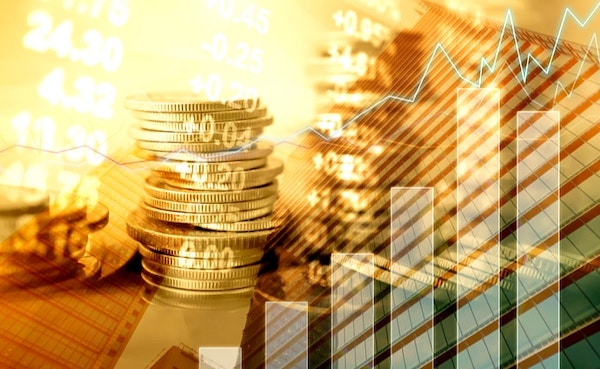 International Man: Gold is breaking out. What do you make of this?

The thing to remember here is that since the crisis of 2008, not just the US but all of the major governments in the world—the Japanese, the Chinese, the Europeans, and all the little countries too—have been printing up money hand over fist. Gold hasn’t really responded so far.

All that new money has gone into the stock and bond markets, and certain areas of the real estate markets. Now interest rates are once again down to their all-time lows, and over $17 trillion of bonds have negative yields—something that should be metaphysically impossible. Money is finally starting to filter down into commodities. All of which are extraordinarily depressed right now.

The move in gold has grabbed everyone’s attention. But all the commodities are going to move higher. There’s a lot of fear building up, and that always drives gold prices.

I’m bullish on gold. I don’t think this is a false start.

It last peaked in 2011 around $1,900. Gold is going back to at least its previous high, and that goes for all the other commodities as well.

International Man: There’s a lot of fear building up. What does that mean for gold?

Doug Casey: A lot of people are starting to recognize that in today’s world you don’t really own anything.

When it comes to commodities, the bust of MF Global under Corzine a few years ago proved that you really don’t own the money in your commodities account either. It used to be than an account with a clearing broker was sacrosanct. That’s no longer the case.

You don’t really own the money in your bank account, at least beyond the insured amount. The 2013 Cyprus crisis proved that. Instead of bailing out the banks, they were “bailed in” by customer accounts. The fractional reserve banking system, combined with a debt-heavy economy, guarantees there will be another wave of bank failures.

Governments will follow the Cyprus model. Depositor’s funds are at risk.

More people are starting to realize that you actually don’t own any intangible assets in today’s over-financialized world. Security is an illusion.

That’s why there’s going to be a movement to gold. As I’ve said many times in the past, but it bears repeating, gold is the only financial asset that’s not simultaneously somebody else’s liability. It’s the “go to” asset in an unstable world.

International Man: The Fed and other central banks seem to be creating an ever-increasing amount of currency. What does this mean for gold?

The big X factor is the huge amount of debt in the world, which is once again at new all-time highs. Mortgage debt, student loan debt, automobile debt, credit card debt, government debt, and corporate debt. The US dollar itself is a form of debt. It’s been this country’s major export for two generations now.

International Man: If gold is merely a “tradition” as central banks like to pretend it is, why are central banks buying record amounts of it?

Doug Casey: Well, to start with, I’m always skeptical about the figures reported by governments. Not all central bankers are buying gold; it’s essentially just the Chinese and the Russians. Central bankers aren’t rocket scientists; they’re just government employees who’ve weaseled themselves into a position where they’re over paid, get to wear $1,000-dollar suits, and go to ritzy meetings. They have no understanding of economics, despite degrees from prestigious schools. They’ve been brought up on Keynesianism, and a lot of them are Marxists.

Central banks are really just engines of inflation. They really serve no purpose except to allow governments to extract capital from their populations indirectly by printing currency. As opposed to honestly—insofar as taxation is honest—by confiscating the money directly from citizens.

My hope is that over the next 20 years most of these central banks will go bankrupt. The Federal Reserve’s published balance sheet is loaded with trillions of dollars of ultra-low interest rate bonds. When—not if—rates return to even normal levels they’ll have hundreds of billions of negative equity. But I expect rates to go to the levels of the early 80’s and beyond.

Hopefully the Fed and other central banks will go bust and disappear. They’ll certainly go bust. As to disappearing, that’s not a prediction, just a fond hope. Banking and money should be left to the market, not an arm of the State.

Let me re-emphasize that the Russians and the Chinese have been buying a lot of gold in recent years.

Now, why are they doing that?

The major asset of the world’s central banks is US dollars. Even though central bankers aren’t rocket scientists, they recognize that the dollar is the just the unsecured asset of a bankrupt government, the US government.

So the Russians and the Chinese are trying to lighten up on dollars and go to gold. Other governments and central banks will too. It’s only convenient for everyone to use dollars out of habit, and because most everything is priced in dollars today.

But countries like Russia, China, and Iran don’t like to use dollars, because any time they transfer dollars—even between themselves—those dollars must clear through New York. The last thing that any of these countries want to do is use the currency of their adversary, or perhaps their enemy.

But what’s the alternative?

They don’t want to use renminbi and rubles, which are illiquid paper currencies. They don’t trust each other, or each other’s currencies. They certainly don’t want to use dollars. As a result I think the whole world is going back to gold. That will take the gold price to much higher levels. Remember, there are probably only about six billion ounces above ground, and the supply grows less than 1.5% per year from new production. That’s not much, considering that there are about 7.5 billion people in the world.

International Man: How are you positioned to profit?

Number one is buy gold coins every time I get a chance. However, I no longer buy large one-ounce gold coins. I only buy smaller, generally quarter of an ounce, gold coins. Things like Sovereigns, with a small numismatic value.

That’s because I’ve noticed, in several countries now, that if you have something that looks like it might be a Maple Leaf or a Krugerrand, they’ll open up your briefcase and check it out. It’s happened to me where they’ve mistaken silver coins for gold coins.

You should be buying physical gold coins, but preferably ones that look like pocket change.

Number two is to speculate on gold indirectly. I’ve always been very big in mining stocks and they’re very cheap right now. When they run, the whole group can generally go 1,000%. I’m very involved in mining exploration and development stocks in particular at the moment.

Those are the basics on how you play gold. You should mainly buy gold for safety, out of prudence, and for insurance. But I believe it will also be quite profitable in the years to come.

Editor’s Note: Excessive money printing by central banks and misguided economic ideas have created all kinds of bubbles in the financial system. These established trends in motion are accelerating, and now approaching a breaking point. It could cause the most significant economic disaster since the 1930s.

Most people won’t be prepared for what’s coming.

That’s exactly why New York Times best-selling author Doug Casey just released an urgent new video titled Doug Casey’s Top 3 Secrets to Survive and Thrive During a Dollar Crisis. It explains what’s to come and exactly what you should do to protect yourself. Click here to watch it now.