Doug Casey on Diversity Officers, Compliance Officers, and Other Supernumeraries 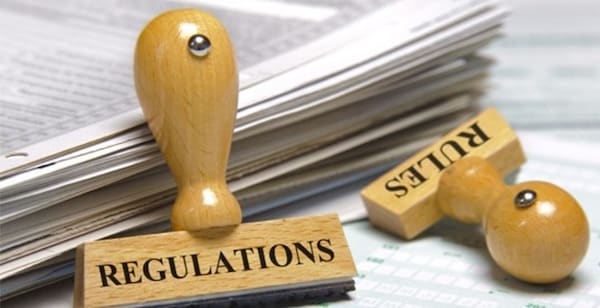 International Man: Everywhere you look, ever-increasing government regulations create a serious obstacle to economic activity. There are too many regulations today, many with severe penalties. Most companies of even modest size now have a compliance department, along with numerous compliance officers and supernumeraries. That wasn’t the case a few decades ago.

It seems the compliance industry was created not by satisfying a demand in the marketplace, but rather by satisfying some rule a politician made arbitrarily.

How and why did this happen? What does this say about the economy and society?

Doug Casey: It indicates a growing dislike and distrust of business and commerce and increasing reliance on the government. It’s a disturbing trend.

Companies have a vested interest in providing the best product at the most competitive cost to their customers. That’s how you succeed in business. Government, on the other hand, is necessarily a monopoly based on coercion. That’s bad enough, but it’s run by—no surprise—the type of people who become government employees. You can see them at the DMV and the post office. Worse, the whole apparatus has long been captured by rent-seeking cronies.

It’s unfortunate that at this point you really can’t trust either government or Big Business. On the bright side, however, the average person seems to be becoming aware of that. That’s a good thing because it’s better for the society if everybody is skeptical and questions authority.

Despite that, we’re basically becoming much more centralized. Big companies are getting bigger, merging and acquiring smaller companies. The government continues growing much faster than the economy itself. As an economy becomes more centralized, it naturally becomes less responsive. Big bureaucratic things move slower than little entrepreneurial things. They don’t react as quickly. They don’t notice what the little guy thinks or says and don’t much care about the peons in “flyover country.”

It’s bound to get worse, not just for the reasons I’ve already mentioned, but because legislatures of all sizes are constantly passing new laws. They believe that’s what they’re there for. Old laws are rarely abolished, just buried under new laws. Furthermore, most new laws and regulations are oriented toward identity politics, notions of social justice, multiculturalism, political correctness, and the like.

Government regulations are never good; they subvert the market. And there are more of them now than ever. It goes back to what Reagan very cleverly said about the government versus the economy: “If it moves, tax it. If it keeps moving, regulate it. And if it stops moving, subsidize it.”

This trend doesn’t show signs of slowing down. What does it mean when you have a whole category of busybodies looking for a hundred different reasons to say no to a client?

It’s very bad for consumers and the economy overall. But little companies are hurt worse. Big companies can afford to hire a regulatory staff. They even hire lobbyists to get new regs passed, to cement themselves in place, and quash new competition. New regulations and compliance costs are very intimidating for little guys and new companies. But they’re not even a rounding error in costs for giant companies like General Motors or IBM or Google. Little companies and startups generally have to obey the same laws, but it’s a huge cost for them, sometimes an unsurmountable cost.

Regulatory compliance only helps the big get bigger. The little people can’t even get into the game to compete with them. That’s bad because it’s anti-entrepreneurial. It hurts the economy by increasing costs for all corporations of all sizes—even while it helps the big relative to the small.

More regulations are also an excuse for government to hire more employees to enforce them. So you’ve got higher costs for business and higher costs for government. It’s actually worse than a total waste. It would be better to pay these people to dig ditches during the day and fill them up at night. That would be better than having them enforce regulations that actively damage the economy. Everybody loses.

There are no good consequences to regulations except for the cronies who get them passed and whom the regulations help at the expense of the economy as a whole.

International Man: President Trump recently said, “The problem with the regulation that we have right now is that you can’t do anything… I have people that tell me that they have more people working on regulations than they have doing product.”

How has overregulation created such a massive disincentive to producing products in the marketplace? How is it stifling economic development?

Doug Casey: Well, let me answer that question by looking at an industry that I’m involved in: the mining industry. It’s never been an easy business, but today it’s actually one of the worst businesses in the world because of regulation and government action in general.

It used to be that if you were lucky enough to find a viable deposit, the only thing that stopped you from putting it into production was raising capital and getting the machinery and miners on site to start digging.

Today, from the time that you figure out it’s a viable deposit, it probably is going to take you another 10 years of jumping through various legal and environmental hoops. Regulations have practically killed the mining industry by raising its costs immensely.

Regulations don’t just stifle general economic development. If you violate them you’re subject to legal prosecution, possibly of a criminal nature. This is a huge disincentive to do anything. It’s why Americans are disinclined to open factories and employ people. Every employee is a potential liability, a walking potential lawsuit. It’s one more reason industry has left the US for other countries

International Man: The banking industry is one of the worst offenders when it comes to the burdens of government regulations. It’s well known this has made dealing with banks and brokers a nightmare. Financial institutions often treat their own customers like they’re criminals or terrorists.

Will banks regulate their way out of existence? Is the same kind of frustration coming to other industries?

Doug Casey: Essentially banking should be—and once was—a business like any other business. There were two totally different types of accounts: demand and time. With demand deposits, you charge people to store their money securely and write checks against it. With time deposits a customer had to leave his money with the bank for a fixed amount of time, for a fixed interest rate. The bank might give them 3% and lend it out at 6%. In those days, bankers competed based on their liquidity and solvency—nobody thinks of these things today. Everyone figures the government will bail out any bank that needs it.

Today banking is a highly regulated, quasi-government monopoly business. Classical banking was based on 100% reserves. Today it’s all fractional reserves, perhaps 10%. This is a subject few people have any familiarity with today. Perhaps we should talk about it in detail sometime.

Disregard their ads: Most banks today are zombies; they’re walking dead men. They’re all on the edge of bankruptcy because they’re no longer run according to classical rules of banking. Fractional reserve banking makes every bank in the world liable to a run. Few will prove solvent in a major economic downturn. Absolutely none of them are liquid. The system relies on the Fed to print money to paper over an excess of bad loans.

But it’s not just that the basic system is unsound. It’s become highly bureaucratized. When I was a kid it was possible to walk into a bank—as a kid with no identification—and open an account. It was easy. That’s impossible today.

And forget about transferring any meaningful amount of money without filing numerous forms. “Where did the money come from?”, “Where is the money going?”, “Who exactly is the recipient?”, and “Why are you sending it?” are standard questions now. Anybody can be accused of the artificial and made-up crime of money laundering today. Banks have become almost an arm of the State.

It’s no wonder nobody trusts banks and everybody hates banks today. And they should.

The banking industry in its present form is a dinosaur. The only hope for the banking industry is for it to return to its roots. That would include the segregation of demand and time deposits, a return to banking secrecy, and the abolition of the Federal Reserve, among other things. But none of that is going to happen in today’s world.

International Man: The compliance industry represents a degradation of society and the economy. But today it’s gone much farther than that. There is another new supernumerary at many companies these days… diversity officers.

Where did these people come from and what are the consequences for business and society as a whole?

Doug Casey: This was one of the more insane consequences of accepting the tenets of political correctness. Diversity officers require or at least encourage companies to have quotas of blacks, Hispanics, gays, the disabled, females, and so forth. I don’t know how many different classifications of politically favoured people there are. But there are quite a few and more every day.

Companies are pushed to hire people based upon accidental characteristics like gender, skin color, religion, and God knows what else. Not what they can do or the quality of their work. It’s absolutely insane on every single level. Among other faults, it perversely works against the very people it’s supposed to help… smart customers will tend to avoid them because they might be an incompetent diversity-hire.

The fact that these things are accepted without protest is a sign of how degraded and irrational society has become. Nobody dares protest this nonsense for fear of being called out as an evil person.

It’s a boon only for ambulance-chasing lawyers and malingerers. Diversity and political correctness act as causes for frivolous lawsuits. Anybody can use arbitrary reasons based on accidental characteristics to sue and in effect shake down their employer.

International Man: Many companies and institutions in America today value political correctness over merit. What will this trend do to productivity?

And it goes farther than just altering who is hired and why. Social Justice Warriors (SJWs) are trying and succeeding in influencing how people think. Through TV commercials, among other things. Some commercials are much more interested in promoting diversity than selling products. It should be a cause for shareholder suits against management. Take the infamous Gillette commercial that was so antagonistic and hateful against white males.

In the past, I just bought any razor that seemed to work. Including Gillette, which has a good product. But now I go out of my way as a matter of principle to not buy any Gillette product, because I’d feel I was supporting cultural Marxism and enemies of civilization. Not that the few dollars I spend on shaving equipment every year will make any difference, but I suspect there are millions of people who feel the same way.

SJWs are actually destroying their own companies in pursuit of political correctness and diversity. They’re not fostering harmony; they’re breeding resentment and antagonism. They’re causing people to look at themselves not as individuals—as human beings—but as members of racial groups. It’s insane and perverse.

But this is just one symptom of the malaise affecting almost every aspect of Western Civilization.

Editor’s Note: All signs point to this trend accelerating until it reaches a crisis… one unlike anything we’ve seen before. That’s exactly why Doug Casey and his team just released this urgent video. Click here to watch it now.