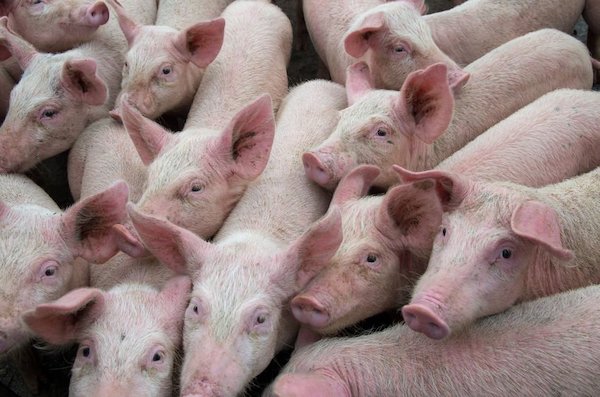 The disease will wipe out about a third of China’s pork production this year. It has substantially disrupted the supply of hogs on a global scale.

What is going on here, and how do you see it all playing out?

Doug Casey: Well, this is interesting from a number of points of view.

I regularly trade commodity futures, which is really the most dangerous part of the financial markets.

It’s easy to either make a fortune or completely wipe yourself out when you’re trading highly leveraged futures. Personally, I’m not a trader, for reasons I’ll discuss later. Most traders use technical indicators, computer programs, and lines on charts to decide whether they should buy or sell. I don’t. Instead I like to use fundamentals: supply and demand, production costs, political distortions, technological changes, and the like.

The key takeaway here is that over the long term, all commodity prices fluctuate around the average cost of production.

When a commodity such as hogs trades at significantly more than the cost of production, you can count on producers to flood the market to take advantage of those high prices. When the new product hits the market, it typically collapses the price, perhaps to considerably below the cost of production. The market regularly goes from being “too high” to “too low.”

Commodities tend to be cyclical for that reason.

That said, right now there’s a lot of attention currently being paid to hogs. The reason for that is the African swine fever epidemic that you mentioned. It’s spread from China to most countries in the Orient.

International Man: China has already signaled that its shortfall will lead them to an increase in imports. Talk about the supply/demand dynamics of hogs and what this means for it.

Doug Casey: China is by far both the world’s largest producer and largest consumer of hogs. Let’s say—very rough numbers—there are typically about 800 million hogs in the world. About 450 million—more than half—are in China. Next is Europe with about 150 million, the US with about 75 million, Brazil with about 40 million, Russia with about 20, and Canada with 15. The rest of the world has the other 50 million.

You’re correct that it appears that the African swine fever has already wiped out about a third of the Chinese herds. And what I hear is that it’s probably going to end up being 50%. So maybe one-fourth of the world supply is gone.

That’s creating a huge distortion, because Mrs. Wong really likes pork more than beef, more than chicken, even more than fish. Even though all these things can substitute. Cattle, therefore, is an indirect beneficiary.

The Chinese are going to have to get that pork from somewhere. The question is where.

The danger is that ASF can be transmitted not just though hogs, but also through people who have been on the farm. And even if you prophylactically wipe out most of your domestic herds to get rid of the disease, you still have to deal with wild hogs—which are endemic everywhere.

It may spread to large producers in European countries such as Poland, Spain, and Denmark. From there it could spread to the US or Brazil. This is a really major thing.

As best as I can determine, in the US, the all-in cost of hog production is around 60 cents per pound. Right now, the futures contracts I’m looking at are trading between 65 and 70 cents per pound.

You’d think that since hogs in China are selling for $1.50 per pound, the market would normalize. Americans and Canadians would be shipping their hogs to China to take advantage of the fact that prices in China are much higher than in the rest of the world. But that’s not happening because of the trade war that Trump has fomented with the Chinese.

The Canadians aren’t exporting to China either because of the Huawei incident, where the Americans induced the Canadians to lock up a woman who was one of Huawei’s top executives.

So, like in many commodity situations, this isn’t just a question of production and consumption setting the price. It’s very political as well.

If American and Canadian exports to China normalize, then hog prices on the futures market are going to explode upwards because of that huge additional demand.

If the swine fever also spreads to North America, however, prices are going to explode upwards everywhere. Will that happen? Who knows? Eventually the epidemic will burn itself out, as these things do. But in the meantime, there are a lot fewer hogs.

What I’m doing right now is selling naked puts against various months in the hog market. Why sell puts? Because the premiums are huge. My ultimate upside is limited, of course, but in order to win, I don’t have to be right. I just have to not be very wrong. There aren’t any sure things in the world. But with Dec. hogs at 70 cents a pound, I can sell a Dec. 65 put that expires Dec. 13—that’s 5 cents out of the money—and collect about 2.5 cents a pound in premium, or $1,000 on a 40,000-pound contract. Margin requirement for that trade is also about $1,000.

That’s a huge return, as long as hogs don’t go below 65 cents on Dec. 13. Right now, hogs are going limit up or down a couple times a week, resulting in huge premiums.

At current prices—which in the US are just slightly above the actual cost of production—I can see a lot of possible upside. Perhaps well over $1 per pound. The downside risk is very low—although in the past, hogs have traded at as little as 10 cents a pound in the futures market. Absolutely anything can happen. Of course, if we have a credit collapse, it’s possible the price of everything could fall. A 1929-type situation isn’t out of the question, regardless of all the dollars being printed.

International Man: How do you think the US-China trade war and tensions will affect hog prices?

Doug Casey: When this trade war ends—and I have no idea when or even if it’s going to end—one lesson the Chinese will have learned is that they don’t want to buy agricultural products or basically anything important from the US. Those supplies might be cut off unpredictably for political reasons. They’ll want more reliable suppliers and partners.

The Chinese are undoubtedly going to make long-term contracts and source as much as they can from places like Argentina and Brazil.

It’s not going to be just hogs, beef, soybeans, corn, and other ag products. The same is going to be true of any product. Why should the Chinese deal with the US when the Americans might inconvenience them and cost them a lot of money unpredictably?

The Chinese understand it’s better to deal with a country that isn’t sailing its warships and flying spy planes off their coast. Frankly, the Chinese would be fools to buy American agricultural products if they can buy them from more stable producers. They’ll go to South America over the long term.

The trade war is a disaster for US producers not just now, but also in the long run. It’s a huge benefit to South American and European agricultural producers. They should say, “Thank you, Mr. Trump.”

This trade war is very destructive for American producers in every way. And it could get much worse. If Trump doesn’t reach a deal with the Chinese, it could turn into a replay of Smoot-Hawley.

China is head over heels in debt. If they can no longer sell to the US because of tariffs, there will be lots of bank failures and corporate bankruptcies in China—and it could spread all over the world. It could cause social chaos in China if Mrs. Wong goes to her bank and can’t withdraw her savings.

But in the short run, the Chinese could start buying American hogs as they have to replenish. They have to double the size of their herds, and that’s going to take a lot of current supply off the market. Instead of going to market to be slaughtered, a lot of these hogs are going to be kept as breeding stock. It’s going to take a couple of years to rebuild the herds in China.

What will happen with the trade war? Trump knows nothing about economics, and he thinks he has a right to run the country like it’s his private company. He seems to think playing a game of chicken is smart negotiating. He certainly doesn’t understand that the Chinese don’t like losing face. The chances of this becoming a lose-lose situation are high. Trump is acting like a loose cannon. Let’s hope cooler heads prevail in China.

International Man: How are you positioned to profit from a rise in hog prices?

Doug Casey: As I said, I’m mainly interested in selling puts. But you can buy the actual contract itself. In the case of hogs, you can buy a 40,000-pound contract, which, depending on the futures month, is worth about $30,000 now.

If hog prices in the US explode to the current Chinese levels, that 40,000-pound contract could be worth $60,000 practically overnight.

So, your thousand dollars of margin could conceivably make $30,000 in an extreme case.

International Man: What are some of the risks?

Doug Casey: The potential for profit is much greater than the risk of loss at this point. But the public regularly loses in commodities for lots of reasons. Mainly because they aren’t sufficiently knowledgeable, and they overleverage and get stopped out.

The main danger for commodities in general is if we have a credit collapse where the price of everything goes down overnight or if the Greater Depression unfolds very soon. It would mean people will be consuming a lot less commodities of all types as their standards of living drop.

Those are the two big risks, but they’re mitigated by the fact that most commodities are selling at or below production costs.

But here’s the big risk—and this is true of all the commodity markets. There are professionals who watch absolutely every single detail about every market every day.

With hogs, they watch the average weight of hogs, the number of gilts that a mama pig throws, the relative value of bacon to hogs, the ratio of hog prices to cattle prices, the cost of corn, which is the main feed for hogs, the weather, and dozens of other factors. An amateur can’t hope to trade futures and come out ahead against these guys.

Unless you’re a very knowledgeable full-time professional, you’re not on a level playing field. If you’re trying to trade futures, understand that the field is tilted against you.

Your best shot is probably to buy an ETF that attempts to track hog or cattle prices. But that’s a story for another time. Let’s just leave it that, in the spring, I expect hogs are going to be a lot more expensive.

Doug and his team just released a new report on the other opportunities they see coming. Click here to download the PDF now.