I’ve been in the business of helping people design their ideal international lifestyle for a long time now.

To this day, I have always found it interesting to see what reasons people bring to the table when they’re discussing their needs for going offshore.

Some people come to Nomad Capitalist because they’re paying too much in taxes. Their competitors have the advantage because their taxes just aren’t as high, so they come to me looking for a legal way to reduce their taxes as soon as possible.

Other people come to me much less worried about taxes. Because they just sold their business, taxes aren’t as much of an issue anymore. But they do feel the need to protect themselves against things that could happen to their wealth, their family, or to themselves personally.

These two examples don’t cover every case we’ve seen or all the motivations behind setting up an offshore strategy, but they do define the two main camps.

One camp is offensive and active in creating new opportunities to grow their wealth. These are Plan A strategies.

The other camp focuses on defensive and passive actions to secure the future. These are Plan B strategies.

Both of these are good reasons to go offshore. Neither one is better than the other, but it’s very important to understand both of them so that you can determine which one – if not both – you need to focus on to maximize your wealth and freedom now and into the future.

In this article, we will cover what each of these plans entails and how they can benefit your personal situation so that you can answer the question: “Do I need an offensive Plan A? Or a defensive Plan B?”

Going Offshore with a Plan B

Plan B is a term that many other people use to promote various different strategies. Everything suggested by the ‘crap-hitting-the-fan crowd’ down to sane diversification strategies all fall under this title of “Plan B.”

It’s the plan that people talk about when they say they want to open a bank account in another country, not necessarily as a tax savings idea but because they want to diversify. They want to hold other currencies because they don’t have much faith in the future of the US dollar.

It also applies when someone starts talking about buying a house in another country just as a place to go. Another place that they can live… just in case.

Plan B is the back-up plan.

I refer to this as a defensive or passive strategy because going with a Plan B means that you aren’t really seeking active benefits. Instead, you’re trying to accumulate a series of insurance policies so that, no matter what the future brings, you will be safe and your wealth will be intact.

Plan B is incredibly important, and it only becomes more so as you become more successful. The more money you have and the older you get, the more important it is to have a Plan B to protect yourself.

When I compare my current focus to what I was trying to do ten years ago, I’m more focused on building my own Plan B. And while there’s nothing sexy or fun about buying car and health insurance, having that Plan B will give you some stability in a world of changing regulations and policies.

Now, there are some things that you can do to make a Plan B a little more interesting. You could buy your back-up house in a place where you would want to spend your summers. It can be a fun little project.

But, at the end of the day, a Plan B is an insurance policy that you won’t have much use for right now. It’s a way for you to build out redundancies for yourself and for your company so that any problem that comes up doesn’t derail everything you’ve been working towards.

The more successful you are and the more money you have, the more any particular disruption is going to affect you. A person with $1,000,000 is going to feel a greater impact when change comes than a person with a $100,000.

Having a back-up plan means that you can always take yourself and your business where you’re treated best.

Going Offshore with a Plan A 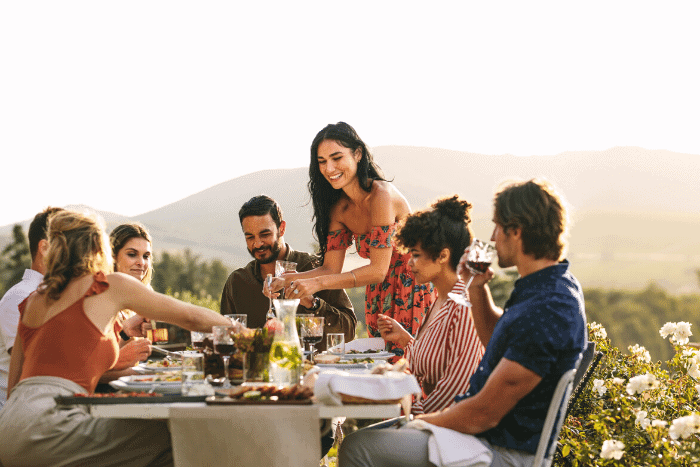 My Plan A created a social life I enjoyed overseas while saving me plenty of money in taxes.

Plan A, on the other hand, is a much more offensive approach.

If you’re looking for a Plan A, it means that you have a problem that needs to be solved and your current strategy just isn’t cutting it.

I lived and ran businesses in the United States for a number of years. Those businesses could have had all the benefits of being offshore, but I didn’t take them in that direction.

At the time, my Plan A involved me wasting a lot of money paying well over 40% in total taxes. My Plan A also involved me staying in the US when I had no interest in living there much longer.

I wanted a new Plan A.

So, I put in years of study and research (back when many of the resources Nomad Capitalist uses today didn’t even exist) and figured out how to legally reduce those taxes overseas.

I knew all the illegal 70’s stuff people talked about, but I wanted to put in place a legal plan that would allow me to keep more of my money without worrying about getting a knock on my door.

And when I put some of the things I learned into motion, I found that I enjoyed socializing with people in other countries better than I did in the US. My Plan A created a social life and lifestyle overseas that I enjoyed while saving me a bunch of money in taxes.

When you’re considering your Plan A, look at what it is you want to fix right now. Then, create a strategy to do so.

If your million-dollar company is paying $365,000 in taxes each year, you’re flushing money down the toilet every day that you could instead be saving by going offshore.

If you manage to create a strategy that cuts your taxes by 80%, you’ll be keeping an extra $800 a day.

Narrow your problem, then create a Plan A that solves it and takes you where you’re treated best.

Combining Plans for an Offshore Strategy 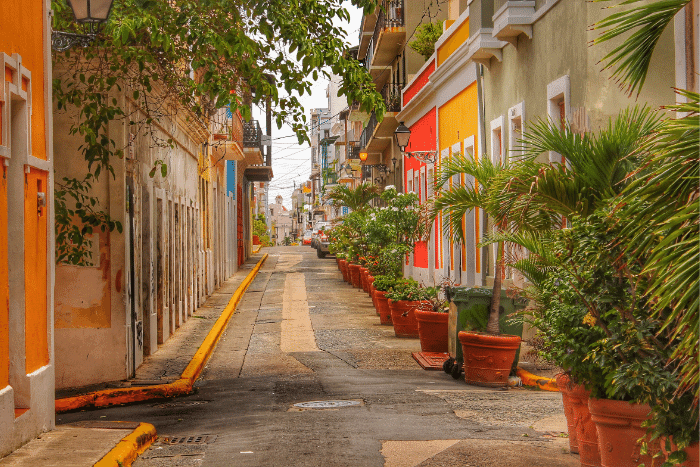 For some, the time is right to use a Plan A strategy like Puerto Rico’s Acts 20 & 22. Others will no longer benefit.

Setting up offshore companies, creating an offshore tax plan, obtaining a second residence so that you can be where you personally want to be, getting a second citizenship – you can end up doing any of these actions whether you’re chasing a Plan A or B.

There’s a lot of overlap.

It’s really the use and purpose of these strategies and how you want to implement them that separates one camp from the other. (The person following a Plan B will not be losing $800 a day, either.)

Some of the people we work with (and more so as of late) are people who’ve recently sold companies for anywhere from $50,000,000 up to $200,000,000. They’ve looked at their situation and decided they want to diversify.

Working with them, I’ll hear things like, “If I had heard about everything you do at Nomad Capitalist twenty years ago, I might have moved to Puerto Rico, Panama, or Singapore, but it’s too late for that now.”

The money they could have saved in tax is water under the bridge.

Instead, they want to make sure that they’re internationalized and that the money they made from the sale of their business is growing as fast as possible.

I worked with one gentleman who had sold his company and now worked primarily with commercial real estate. He was making 5-6% a year and wanted to internationalize his life so that he could have access to new markets.

His strategy would give him new places to invest.

Whatever the reason you’re looking to go offshore, you have the opportunity to get the benefits that both the Plan A and B camps are looking for.

I would like everyone reading this to understand which of the two camps they fall into, but also to see what other benefits they could get from creating an offshore strategy.

While I’m still putting Plan A into place, I’m also looking for ways that I can build out more redundancy.

How else can I diversify my banking?

How can I get another citizenship so that I’m both protected and have more places where I don’t have to worry about them telling me to leave?

Taking a holistic approach to your offshore strategy will fix your current problems and protect you from future troubles.

Going Through with an Offshore Plan 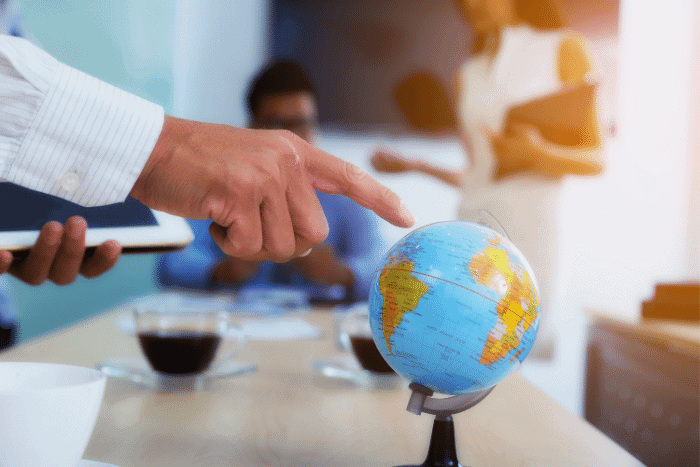 Having a Plan A or Plan B won’t give you any benefits until you execute it.

If you find yourself focusing on building up your business, Plan A is going to be the most important camp for you to join.

If your company is increasing 100% year over year, Plan A is going to help you keep more of that wealth in the business so you can continue to grow.

Someone who’s actively earning money needs to start with a Plan A.

Plan B is about creating those insurance policies that will extend the shelf-life of your wealth.

The big thing to understand with Plan B, however, is the behavioral difference between the two camps. If you’re just buying a second passport as a back-up plan rather than as part of a tax strategy, it’s likely going to be much harder to part with the money.

We recently set up a citizenship plan with a guy who had a net worth of $200,000,000. There was no surety or urgency for him. He told us he’d think about it and maybe talk to us again in a few months.

The price of getting the citizenship didn’t matter, it was a drop in the bucket for him. He just felt no need to go through with it.

On the other hand, if someone comes to me with a million dollars and we create a citizenship plan that will cost him $100,000 and drastically cut his taxes, he’ll jump right in because that cost has a high ROI for him.

In the end, unless you really geek out on this stuff and just love the process, Plan A is going to be much easier to follow through on. But, that doesn’t make Plan B any less important.

If you want help determining which plan you need, designing it, and following it through to execution, feel free to reach out. We help people create greater freedom and prosperity overseas every day.