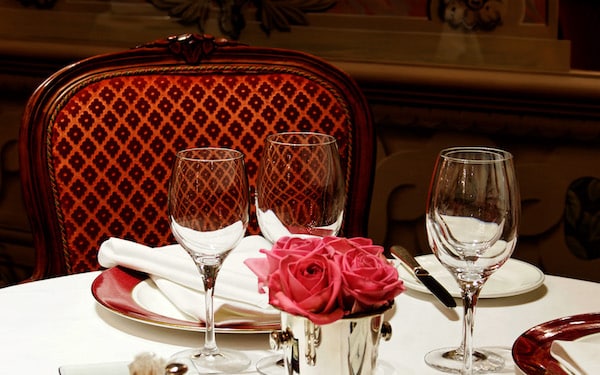 “Trump is doing the right thing. Without him, we have no protection against China. China doesn’t only wish to dominate Asia, but the world.”

Here in Hanoi, so said my dinner companion – a major manufacturer and worldwide exporter of steel products.

He, like so many other major Asian producers, sees an opportunity in international trade for all of Asia to capitalize on.

In the Western world, the argument rages as to whether the US tariff war will benefit the US or not.

Of course, those of us who have a libertarian perspective regard all meddling in a free market as counter-productive. Historically, when tariffs are employed, each of the parties involved ultimately becomes a loser. The aggressor suffers as much as the aggressee, as, first, the people of that country must pay more for goods imported, and second, a trade war results in diminished trade overall, hurting both economies.

But there are benefits to be had. The benefits fall to those countries that stayed out of the fray.

Here in Asia, it’s understandable that businesspeople look upon the US/China trade war from a different perspective from Westerners. Their only interest is whether the war provides them with an opportunity. And it does.

China has, for millennia, regarded itself as the Middle Kingdom, the entity that lies between heaven and earth. Chinese leaders (and especially Xi Jinping) see China’s economic dominance over Asia as the natural order of things, and Mister Xi is determined to have China regain that position in his lifetime.

China is, of course, powerful enough to accomplish that, and there can be no doubt that, in recent decades, China has been on a roll, becoming the largest trading nation in the world.

This has been made possible, to a great extent, through China’s ability to produce goods and ship them to the West more cheaply than Western countries can produce them at home. And of course, the purpose of US tariffs is to make it more expensive for China to deliver at such low prices.

So, has China “cheated the system,” as Mister Trump has repeatedly stated? Well, no. In actual fact, the problem is not that China produces goods cheaply. It is that the US, driven by unions over many decades, has simply priced itself out of the market through exorbitant wage increases. For decades, any American producer that hoped to survive has built plants in other nations – most notably in Canada and Mexico, but increasingly, in Asia, as well.

Indeed, this has been the only way that those American producers have been able to compete with the world at large.

Those countries that have the most cost-effective production will always dominate world trade.

So, for the US to ignore its overpriced labour and instead focus on punishing those countries that are more efficient, will fail to solve the US production problem.

China is hoping to save its bacon by partnering with businesspeople in these countries – to create Chinese factories in them. But as my associate in Hanoi points out, for those existing manufacturers like him who are already dealing annually in the eight- or nine-figure category, there’s an opportunity to reject the Chinese offers and create the factories and goods themselves, to provide exports to the US more cheaply than China can.

And once they’ve gotten in the door, they’ll be difficult for China to dislodge, even if the US/China trade war comes to an end.

Understandable then, if businesspeople in Asia look upon President Trump as a hero, whom they feel is doing the right thing with the trade war. They support the Trump presidency, not because they see him as doing what is economically sound for his own country, but because they believe Mister Trump is providing Asian nations with an unusual window of opportunity.

So, how long do they feel they have?

Well, the consensus amongst many Asian businesspeople is that China cannot survive more than six more months under the present tariffs. The enormous risk that China has taken with its costly expansion programme will be too great and China will experience a crash.

Still, it’s not perceived to be equal in severity to the crash that the US is fated to soon experience.

Due to China’s many strengths, a crash would set China back, but within five years, it would recover, having been cleared of much of its debt and poised to move forward decisively into the future.

But in the meantime, the other manufacturing countries of Southeast Asia will have had time to build up their export markets without the burden of the tariffs that are being placed on China.

So, what, ultimately, does this mean to the West? If we indeed see a crash in China in the coming year, will this mean that the tariffs have been effective and the threat of Asian dominance has fizzled?

Well, no, not at all. What it will mean would be that Asia as a whole had gained the opportunity to diversify between the various productive Asian nations and, following a shakeup of a few years, would come back with a greater ability to dominate production for the world. China would still be the big boy in the neighbourhood, but its little brothers would have strengthened and would, in future, share significantly in the market share.

In the meantime, the West would have treated only the symptoms of its illness, not the illness itself.

Whatever hit China takes over tariffs in the coming years, the transfer of production will still move east and the twenty-first century will become the Asian century.

Editor’s Note: The rivalry between the US and China is getting intense. The battle for who will be the world’s top power is playing out right before our eyes.

It could all lead to a complete economic collapse, unlike we’ve seen before. That’s why we’re sharing our field guide to Surviving and Thriving During an Economic Collapse. Click here to download your free PDF copy now.