Democracy Is the Ideal Distraction 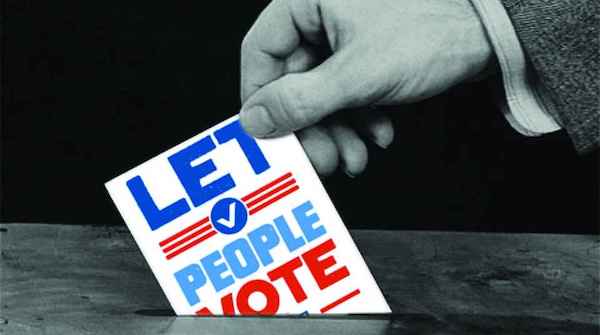 In the days of yore, there were kings. Everybody could agree to hate the king because he was rich and well-fed, when most of his minions were not.

Then, a more effective system was invented: democracy. Its originators had in mind a system whereby the populace could choose their leader from amongst themselves – thereby gaining a leader who understood them and represented them.

In short order, those amongst the populace who wished to rule found a way to game the new system in a way that would allow them to, in effect, be kings, but to do so from behind the scenes, whilst retaining the illusion of democracy.

The formula is to create two opposing political parties. Each is led by someone who’s presented as being a “representative of the people.”

You then present the two parties as having opposing views on governance. It matters little what the differences are. In fact, you can have the differences be as obscure and arbitrary as, say, gay rights or abortion, and they will work as well as any other differences. What matters is that your two parties object to each other strenuously on the declared issues, working the electorate into a lather.

Once you have each group hating the other group “on principle,” you’re home free. At that point, you’ve successfully completed the distraction. The electorate now believe that, whatever the trumped-up issues are, they’re critical to the ethical governance of the country.

Most importantly, the electorate actually believe that their future well-being depends on the outcome of the next election – that it will decide whether their own view on the issues will prevail.

In a dictatorship, the leaders try to convince the people to support the dictatorship by claiming that more than 90% of the people voted for the dictator. But this is primitive thinking. It results in the same focused anti-leader sentiment that plagued the kings.

Far better to have the people fail to recognise who their actual rulers are and focus on the candidates, who are mere bit players and are changed as needed.

And, in a country where the illusion of democracy has become refined, the rulers come to understand that elections should not result in an overwhelming victory for one party or the other. Quite the opposite. If it can be arranged effectively, the best election is one that results in a 51% to 49% split.

This ensures that the 49% will not lose hope – that they’ll be both frustrated and angry at their near-miss, and redouble their efforts in the next election in order to have a win. And the 51% will wipe their collective brow in relief at having won, but will fear losing their slim advantage next time around.

Both parties must remain both hopeful and fearful. Keep them focused on each other – hating each other – and they’ll never figure out that you control both candidates like marionettes. The focus should never be on you, the real ruling class.

It’s also quite important to switch winners often. The ball should bounce back and forth from one party to the other frequently, allowing each winning party to dump the other party’s actual accomplishments when they take over.

However, just as important, the new winning party does not rescind the more oppressive accomplishments of the previous party. In this way, it becomes possible for the only long-term accomplishments to be the growing power of the government over the population, not advances for the populace.

And of course, this, by definition, means that the real rulers, the perennial group of individuals who control those who are elected – continually expand their power and wealth at the expense of the electorate.

But what of the candidates themselves? Do they recognise that they’re mere foot soldiers in the game?

Ideally, no. At any given time in any society, there are sufficient people whose egos exceed their abilities. Such individuals are ideal as candidates, as they tend to love the limelight, but will easily cave to the desires of those who made their candidacy possible. No candidate at the higher levels ever attains office without owing his soul to his backers. That ensures that, in spite of their public bravado, they remain controllable by their masters.

What’s extraordinary in this picture is that it’s possible for the populace to figure out the scam and yet, still believe that they live in a democratic system in which their vote may decide the future of the country.

Increasingly, particularly in Europe and North America, the citizenry are becoming aware that the Deep State collectively rule the countries. They understand that this largely invisible group of people are the true rulers, yet they vainly imagine that somehow the puppet leaders that they elect have the power to effect a solution.

In the UK, the electorate imagine that Boris Johnson will actually take them out of the European Union.

Instead, he delivers a Brexit deal that’s a reheated version of the Theresa May Brexit deal, which is not Brexit at all, but a perverse form of remain.

The Brexit debate is mere window dressing for democracy, whilst the Deep State carries on, according to its plan – the unelected EU government rules the UK.

In America, Donald Trump tweets in the morning that he will take US troops out of Syria. No doubt, as an individual, this is what he hopes he’ll be allowed to do.

But he’s immediately castigated by the media. He’s given his marching orders from the Deep State that, once again, he’s to do as he’s told. By the next day, Mister Trump announces a reversal of his decision.

There will be no end to the Middle East war for the US. It’s far too profitable. The discussion is mere window dressing for democracy, whilst the Deep State carries on, according to its plan.

Time after time, regardless of how adamant the marionettes are that they’ll follow the will of the people and save the day, in every case, the people’s hopes are dashed and the national policy reverts to business as usual.

In every case, the true leaders create the problems, cash in on them, then present the government as the solution to the problems, then cash in again.

In every case, the electorate pick up the tab and, rather than rebel, vainly hope that the next election will provide them with a group of marionettes who will actually deliver them from evil.

What’s astonishing is not that the Deep State lives only for its own ends, but that the populace recognise that it exists and still imagine that change from the status quo is possible.

Voting is not intended to count. It’s meant to be the pacifier that’s inserted into the public mouth periodically, when the public become grumpy that they must submit to kings.

Editor’s Note: Democracy offers a false sense of hope that things will change for the better. In all likelihood, the public will vote itself more and more “free stuff” until it causes an economic crisis.

That’s precisely bestselling author Doug Casey and his team just released an urgent new video. It explains what exactly is happening and how you can protect yourself. Click here to watch it now.