Deciding When to Jump from the Boiling Pot 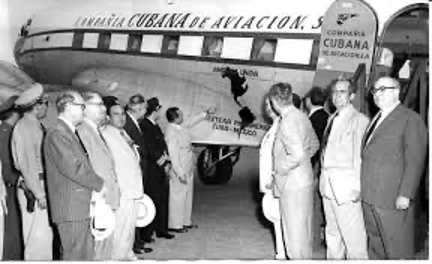 My friend Ratimir came from Serbia, where, in the 1930s, he narrowly escaped the totalitarian regime as it took power. He then settled in Paris and prospered. But in 1939, he accepted the fact that the Nazis were coming and would, at some point, confiscate both his wealth and his freedom.

Although the invasion would not occur until the following year, he decided not to wait until the last minute. He walked away from his business, taking only those things that he could carry in his luggage.

He boarded a ship bound for the West and settled into Havana, Cuba, which, at that time, was very prosperous. With the wealth that he had been able to expatriate, he set up a new business and again prospered.

Then, in 1959, it happened again. On the first day of January, the Cuban president made his escape and left Cuba to be taken over by the rebels.

The Castro brothers, Che Guevara, Camilo Cienfuegos, etc., were the Bernies and the AOCs of their day. They won over the hearts of the people with promises of largesse from the government. The actual violence in the revolution was minimal. The majority of Cubans, and even much of the army, supported the rebels. They marched into Havana with minimal opposition.

The collectivist rebels championed the disadvantaged – those who had not had a part in the Cuban prosperity of the 1950s. They promised equality for all.

However, the minority – those who had prospered – were now worried. Would they be allowed to keep their wealth, their homes, their businesses under the new regime?

Well, no. Almost immediately, Fidel Castro set about moving the disadvantaged into wealthy neighbourhoods, much as has recently been done in New York by the mayor.

There was violence in the streets and a new disregard for private property. Once unleashed, those who sought to burn and loot became “empowered,” and the disruption continued for months on end.

Of course, we tend to say that such a thing could only exist in a banana republic. The reason it couldn’t happen in a civilised country is that police exist. The police, along with mayors and governors, would never allow such violence and destruction to go unchecked.

And yet, that’s exactly what’s happening in the US.

Since 1959, Americans have looked at the overthrow of Cuba in 1959 and asked, “Why didn’t the business class just leave? Didn’t they see the writing on the wall?”

Well, of course, hundreds did get out, as quickly as possible. But the great majority remained.

Many were unwilling to just walk away from their homes and businesses. Many others imagined that they might appeal to the new government to be allowed to keep their wealth, even though the national mood had shifted to a more collectivist paradigm.

In the end, they were all swallowed up. Those who objected were threatened with imprisonment. The others learned to be quiet and submit.

And this is just what’s unfolding in the US today. Those who are filmed defending their homes against rioters find that no charges are brought against the rioters. Those who protect themselves and their property are the ones being charged.

Increasingly, the political authorities are on the side of the collectivist mob.

In such a transfer of “rights,” it’s unlikely that the shift in national belief can be overcome. Once the majority realise that they can take what belongs to “the greedy rich” with impunity, they’ll learn to do just that.

And who are the greedy rich? Well, if we observe how events are playing out, if you possess something I do not, I decide that you are the rich. And, of course, I feel I deserve to take it from you.

It should be said that the Cuban situation was a bit different from the present one in the US. In Cuba, the president got on a plane and left. In the US, the president remains in office but is powerless to take charge of events across the nation, no matter how often he tweets his displeasure.

No election will change the degree to which the US has declined. The Rule of Law has already become a casualty. The US has entered the post-Constitutional era. From here on in, the decline is merely a question of degree and velocity.

So, is that it? Should the people of what was formerly the freest nation on earth just accept that life as they knew it is over?

But let’s return to my friend Ratimir.

Once he observed that the Rule of Law had broken down, he understood that he was witnessing a pattern that he’d seen before.

Although he would have liked to have had time to sell his home and his business in Havana, he realised that time was short.

He and his family packed their bags, went outside to the front walkway and looked up at their beautiful house for the last time.

They didn’t bother to lock the door as they left, since they knew they’d never return to it. The family just got into the waiting taxi and headed for the airport.

Their situation was unusual in only one sense: They had already moved twice in order to escape tyranny. This was fortunate, as having done so, they had no hesitation the third time around.

Ratimir was amongst the few who got out early and was able to take some of his wealth with him. Once he’d arrived at his destination, his ability to provide for his family was undiminished, so he once again prospered.

He was able to live out the remainder of his life in peace and, most importantly, free from tyranny.

There’s an old saying that the way to boil a frog is to put it in a pot of cool water, then turn up the heat. It remains in the pot because there’s no single increase in temperature that’s startling enough to make it jump out.

For Ratimir, the jumping point was when the Rule of Law that protected his liberty began to break down – that is, when the political authorities supported the cessation of the Rule of Law – that was the time to pack up and go.

That jumping point is just as true today.