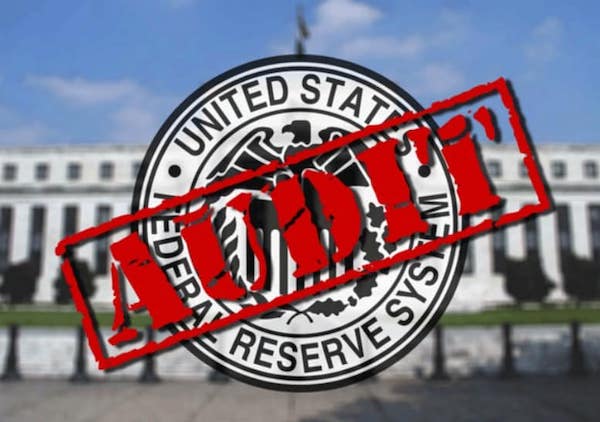 Doug Casey’s Note: David Stockman is a former congressman and director of the Office of Management and Budget under Ronald Reagan.

Now, anyone with connections to the government should elevate your suspicion level. But as you’ll see, David is a genuine opponent of government stupidity. Although his heroic fight against the Deep State during the Reagan Administration was doomed, he remains a strong advocate for free markets and a vastly smaller government.

We get together occasionally in the summer, when we’re both in Aspen. He’s great company and one of the few people in this little People’s Republic that I agree with on just about everything. This absolutely includes where the US economy is heading.

I read his letter the Contra Corner every day, and suggest you do likewise.

International Man: Trump is calling for a weaker dollar and negative interest rates. What does this tell you about Trump’s understanding of economics?

David Stockman: It tells you that he has no understanding of economics at all!

I think Trump is not even a primitive when it comes to economic comprehension. His views are just plain stupid when it comes to exchange rates. He seems to think it’s some grand game of global golf, where the strongest player gets the lowest score.

What sense does it make tweeting as he did recently in attacking the Fed?

According to Trump, the US economy is so much better than the rest of the world’s economies, and therefore we should have the lowest interest rate as a result. It has nothing to do with economic logic or with principles related to sound money. I think he’s just thrashing about trying to create a warning that if things go badly, it’s the Fed’s fault.

The whole narrative on the economy is wrong.

The low unemployment rate is something he inherited. It’s the end of the longest business cycle in history—126 months.

As the economy continues the inch forward, the inventory of excess labor goes down. The unemployment rate, even as badly measured as it is by the U.S. Bureau of Labor Statistics (BLS), inherently goes lower. He didn’t have anything to do with it.

Even John Maynard Keynes himself said that you ought to try to balance the budget and even generate a surplus at the top of the cycle.

We’re right in the middle of the worst kind of economic policy in my lifetime, anyway—going back to the 1960s.

Trump is completely clueless about how we got here, how he got here, and where we’re going.

All of that’s going to come home to roost, and I think it’s very likely to happen before the 2020 election.

So the 2020 election is not all over except for the shouting, as a lot of people believe. In fact, the prospect that Elizabeth Warren gets the nomination on the Democratic side and becomes a serious contender to the Oval Office is very high. The irony is that it will ensure the stock market’s collapse and Trump‌’s defeat. He’s setting himself up for the worst possible outcome.

International Man: The Fed recently said it could increase its tolerance for inflation before it considers raising interest rates. It would be a major policy shift. What’s really going on here?

David Stockman: I think what’s going on is that they’re looking for another excuse to capitulate to Wall Street next time it has a hissy fit because it believes the Fed owes them another shot of stimulus and more liquidity.

Let’s address the underlying issue now. The 2% inflation target is absurd to begin with. There is no historical or theoretical evidence to suggest that inflation at 2% is better for growth and prosperity than inflation at 1.5%, 1%, or even -1%.

This is just made up, just like the money they created that’s been snatched from thin air, adopted as official policy in January 2012.

The idea that we haven’t had enough inflation as it’s measured by one indicator—the Personal Consumption Expenditure (PCE) deflator—is kind of crazy for two reasons.

First, there’s a lot of other inflation measures that say we easily achieved 2% inflation.

The 16% trimmed-mean CPI is a very handy tool. It has the same CPI data at the product code level as that in the regular CPI, but in order to smooth out the monthly figure, it takes out the lowest and highest 16% of individual prices.

It’s probably more accurate than CPI because it removes the outliers but puts them back in as soon as they reach the center of the distribution.

There are lots of issues here.

It’s just an average in some arbitrarily-weighted product categories that are way too complicated, even for the bureaucrats at the BLS.

And third, even if you could measure it halfway accurately, which I seriously doubt, the Fed has no tools to achieve its targets anyway.

The big swings of inflation are from commodity cycles and the global trading system, evidenced in oil prices, metal and materials prices, food and grain prices, and so forth. The Fed can’t do much about that.

The point is, inflation targeting is one of the greatest efforts at misdirection that a government agency has ever concocted. This gives them a license to constantly intervene and meddle in the financial markets—pointlessly fiddling with the whole price structure of debt and equity assets.

The less inflation there is, the better.

They can’t target it to the second decimal point, and you can’t measure it anyway.

The fact that they’re now saying, “Well, we don’t mean to target inflation on a monthly basis or quarterly or annual basis, it’s a cumulative basis from a day one,” indicates they are maybe starting from the Garden of Eden or something like that.

It just shows you that they’ve backed themselves into a corner of illogic and stupidity, from which I don’t think there’s any exit.

International Man: There are increasing calls for central banks to combat climate change. The IMF, the European Central Bank, and several others have chimed in. What does this mean, and why are central bankers suddenly so keen on this topic?

David Stockman: This is beyond stupid. What could the central banks possibly do to help the global economies adjust to climate change? Climate change may or may not be happening, and if it is, it’s due to planetary forces that central banks have absolutely no power to impact or counteract.

In my view, it’s one of the many hoaxes going on. It does remind you of how far out modern Keynesian central banking has become. They only have one tool: they can try to falsify interest rates, and they do that by injecting flat credit and liquidity into the market.

That’s all they can do. They have no other ability to drive the $85 trillion global economy, or the $21 trillion domestic economy.

They have a crude instrument. As they say, when your only instrument is a hammer, everything looks like a nail. That’s the case with the Fed.

It’s so idiotic that it doesn’t merit any further discussion.

These central banks are the all-time champions at mission creep.

They have added mission after mission, including inflation at 2%, as they measure it, and now they want another mandate. They want another reason to enhance their power. When already, they are the most powerful state institutions in the world, and they’re in the process of wrecking prosperity everywhere.

International Man: If Rand Paul finally gets his audit of the Federal Reserve, what do you think they’ll find?

David Stockman: What he’s going to find is just more detail on the absurdities of what they’re doing already.

I think one that you would look into is this policy called Interest on Excess Reserves (IOER). They targeted that number at 1.55% right now. There’s about $1.5 trillion of excess reserves in the banking system.

So, they’re paying out to the banks upwards of $23 billion a year in order to keep excess funds on deposit at the Fed, rather than putting it to work in the macroeconomy.

How stupid is that?

They are blindly fixated on commanding the money market rate. The Federal Funds Market has disappeared. Ben Bernanke basically destroyed that. There’s nothing left there.

Since they know that the federal funds rate is pretty much nothing in the broad money markets—which are dominated by the repo markets, they have come up with IOER to show that they can make an interest rate happen.

It’s crazy. This is what you get from modern central banks.

We have to ask, why don’t they just get out of the way and let those reserves either stay on deposit at the Fed, or let them flow into the repo market, the money market, or the commercial paper market?

So, that’s one area that a thorough audit of the Fed could get at.

The second one that I think would be even more interesting, if it were done properly, is to recognize that they’ve created a bloated balance sheet. They’re back at it again—it peaked at $4.5 trillion from a base of $900 billion, at the time of the crisis in 2008.

They rolled it back a little bit under the short-lived Quantitative Tightening (QT).

The minute the stock market had a moderate hissy fit last fall and last Christmas, they immediately dropped the project, announced the end of QT in August, and started back the other way.

So, now they’re back up to $4 trillion and rising rapidly.

The cost of their liabilities is practically nothing because they’ve been created from thin air by hitting the button on the digital printing press. Other than the $23 billion that they’re paying out in this phony IOER scheme, basically, they have cost-free liabilities, and a $4 trillion balance sheet that is earning interest.

Now, the reason I’m bringing this up is it brings in a massive profit. A lot of it that gets cycled back to the Treasury, which is another circular scheme of stupidity. But it also gets used for a big fat, juicy payroll, for some 20,000 people—including several thousand economists.

It’s not only these people on the payroll, but there are all kinds of contract research they fund from the massive profits they generate from printing money. That means that a substantial share of the academic economists in the United States is on the payroll of the Federal Reserve. They lick the boots of the guy who’s signing the checks.

The system is bad enough the way it is—between the political process, the dominance of statism, interventionism, and Keynesianism. But now, even the academic economists on the payroll are being paid to find that the Fed is doing a wonderful job and should be doing even more.

If we have an audit, we ought to find out the name and serial number of every damn economist that’s on their payroll or that’s getting contract research and ignore them—because they’re saying what the master wants to hear.

Editor’s Note: What could be the greatest bubble in history is reaching its final days.

President Trump’s call for a weaker US dollar and negative interest rates is a last ditch effort to keep the party going. The whole financial system could come crumbling down much faster than most people think.

That’s exactly why NY Times bestselling author Doug Casey and his team just released an urgent report on how to survive and thrive during an economic collapse. Click here to download the PDF now.